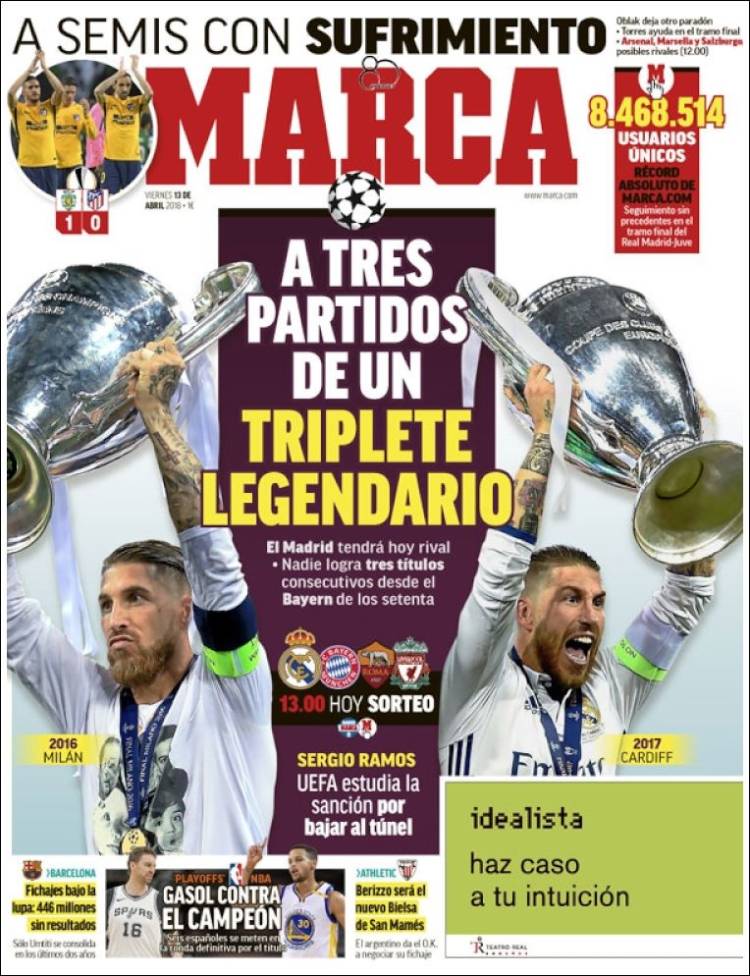 Three matches from being triple legends

Madrid will have their semi-final rival today, no-one has three consecutive titles since Bayern in the 1970s

Semis with suffering - Oblak suffers another injury, Torres to help in the final run, Arsenal, Salzburg, Marseille the possible opponents

Signings under the magnifying glass - 446m without results for Barca

Berizzo to the be the new Bielsa at the San Mames 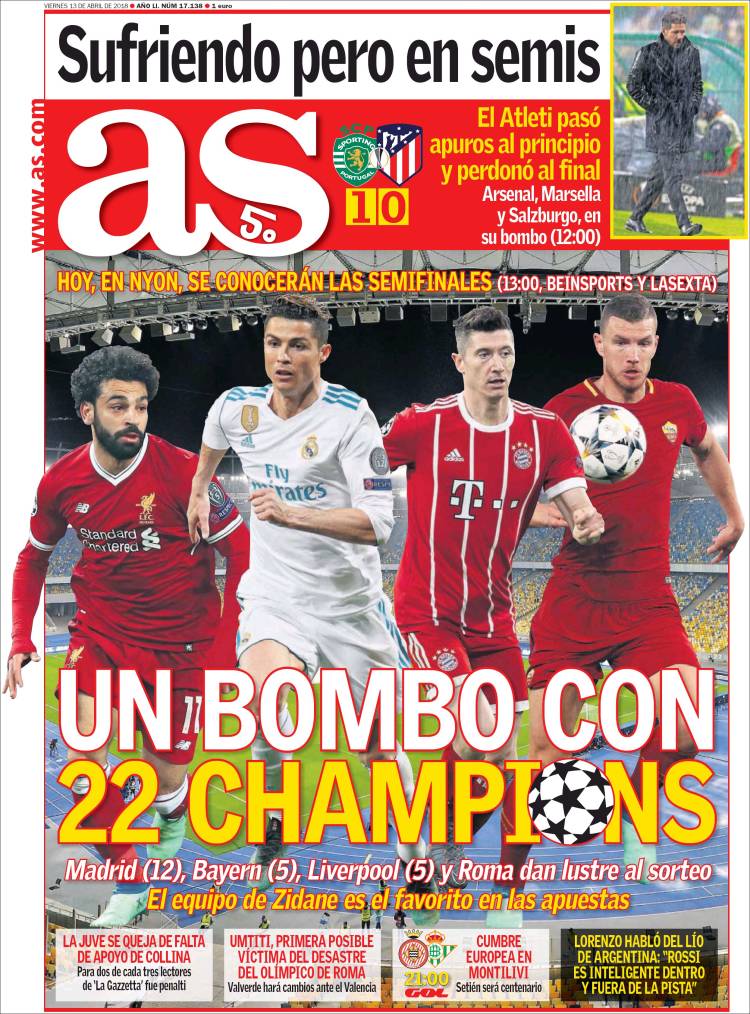 A draw with 22 champions

Suffering but in semi-finals - Atleti with troubles move through - Arsenal, Marseille, Salzburg in the draw

Umtiti, the first possible victim after Barca's loss in Roma 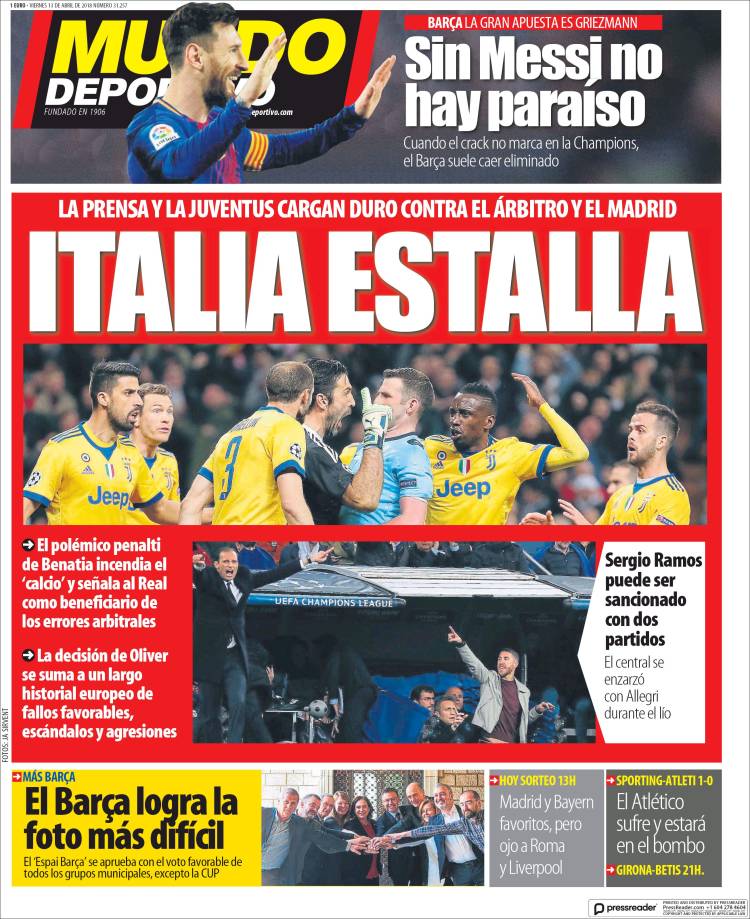 Controversial penalty against Benatia burns 'Calcio' as Madrid benefit from refereeing errors, the decision of Oliver adds to a long list of favourable decisions in Madrid favour

Without Messi, there is no paradise - when the crack doesn't score for Barca, they are eliminated

Barca achieves the most difficult photo

Madrid and Bayern favourites, but look at Roma and Liverpool

Atletico suffer but through to the semis