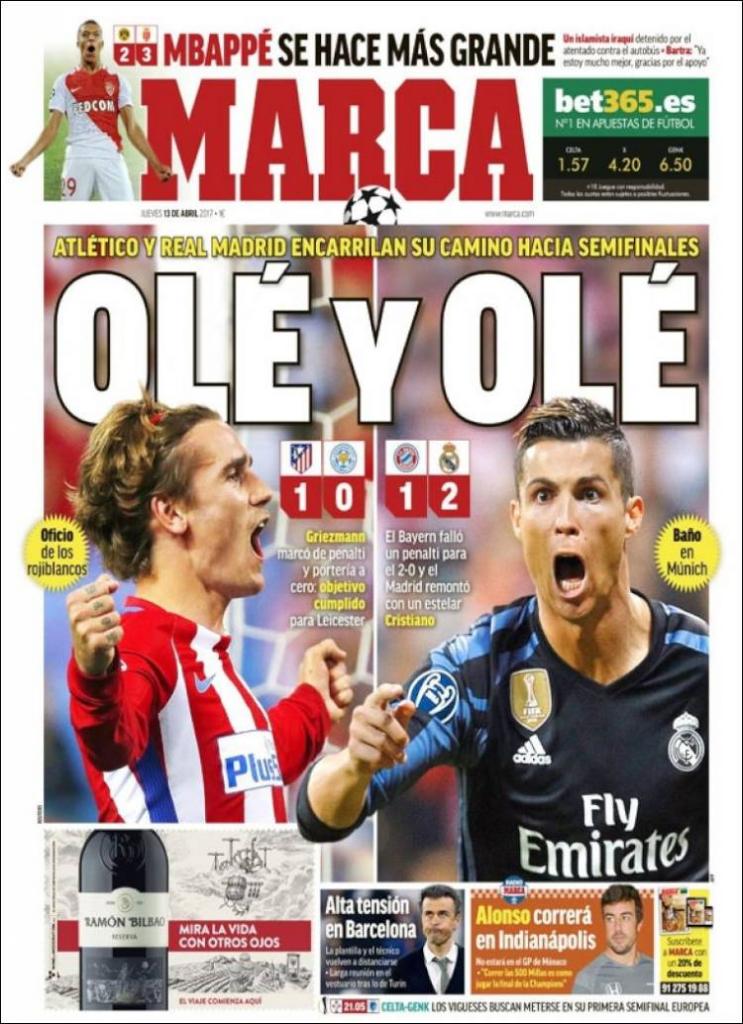 Atletico and Real Madrid on track for the semi-finals

Griezmann scored a penalty and no goals were conceded: mission accomplished for Leicester

An Iraqi Islamist has been arrested for the bus attack

Bartra: “I’m feeling much better now, thanks for the support”

The players and the Coach are distancing themselves again

Long meeting in the dressing room after the game in Turin 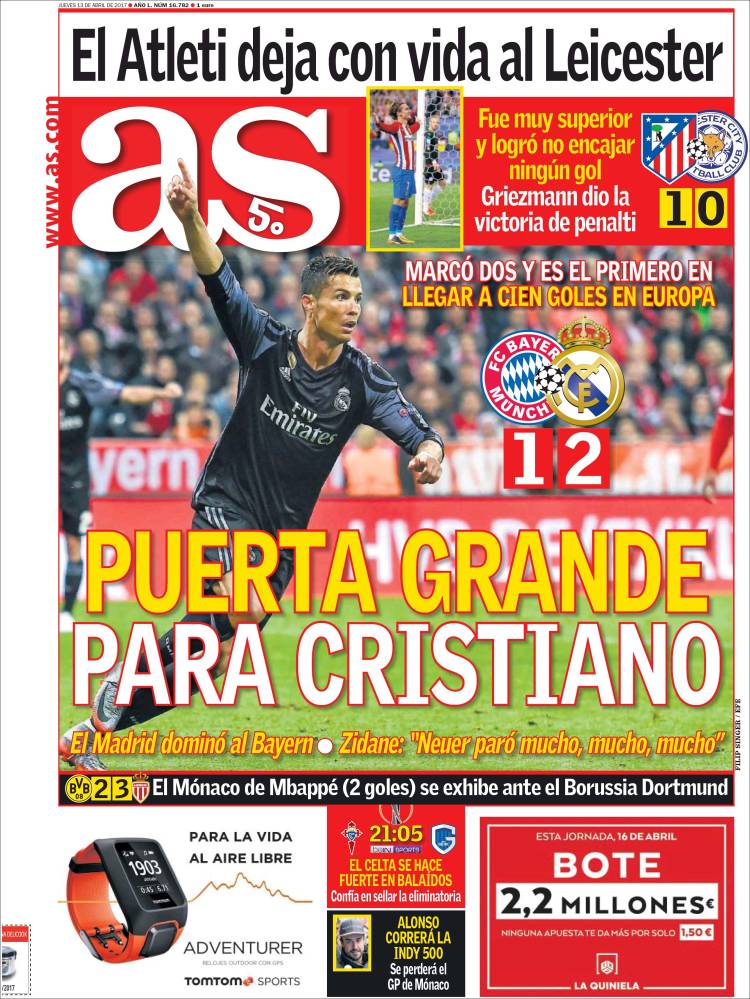 Zidane: “Neuer saved so, so, so much”

They were very superior and managed to not concede any goals

Griezmann gave them the victory with a penalty

They hope to seal the tie tonight 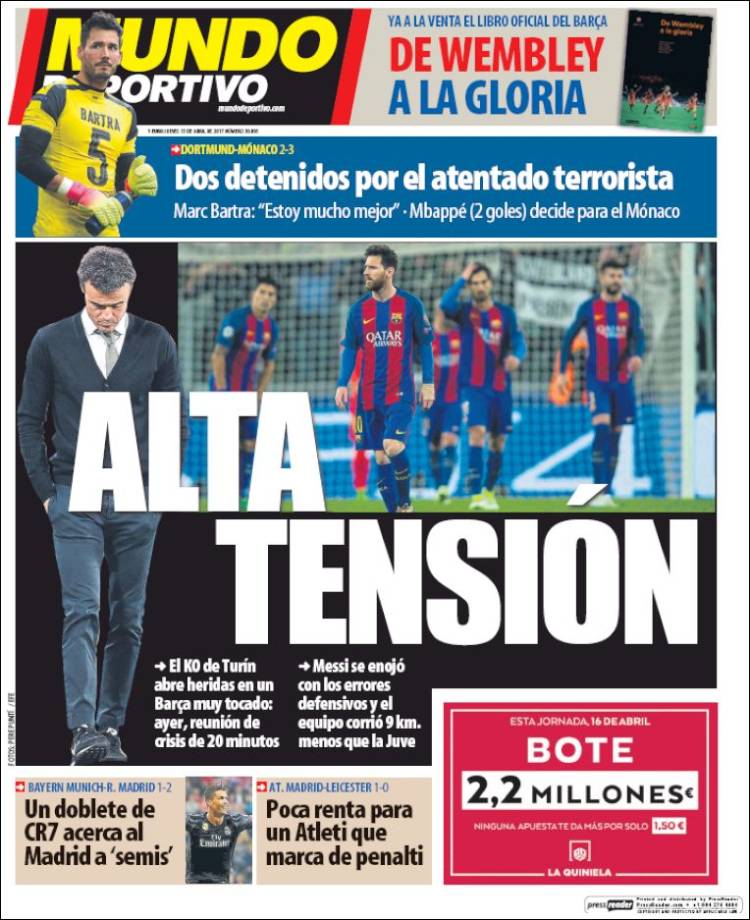 The KO in Turin opens wounds on a very bruised Barca: yesterday, a crisis meeting of 20 minutes

Messi was enraged with the defensive errors and the team ran 9km, less than Juve

Two arrested for the terrorist attack

A CR7 brace closes Madrid in on the semis

Low income for Atleti, who score a penalty