Saturday’s Front Page Headlines from Marca, Diario AS and Mundo Deportivo, in English!! 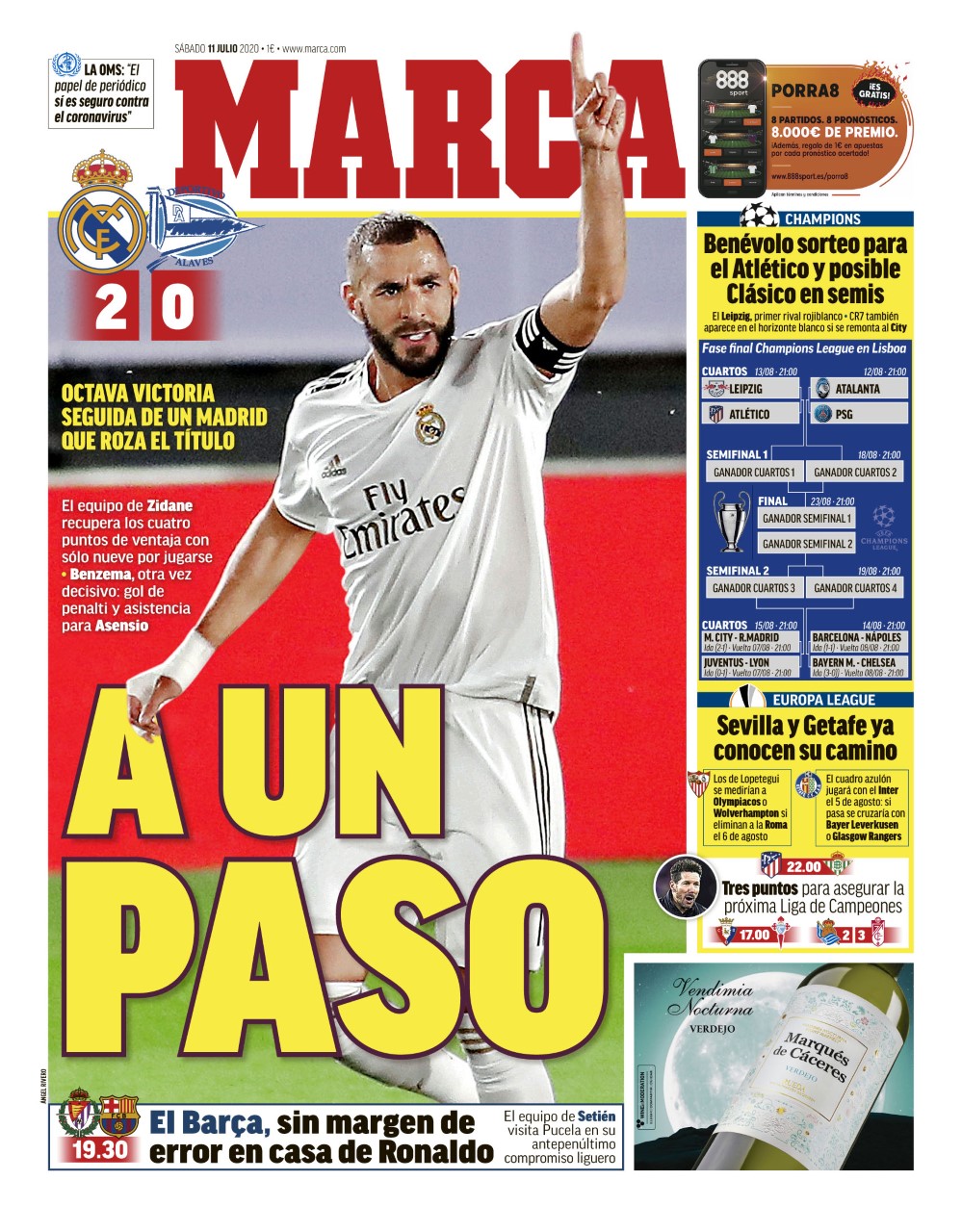 REAL MADRID: A Step - Real Madrid's 2-0 win over Alaves puts Zinedine Zidane's side four points clear at the top of La Liga, with five more points needed to secure the title. BARCELONA: Quique Setien's side have no margin for error away at Real Valladolid this weekend, as they look to keep pace with Real Madrid. 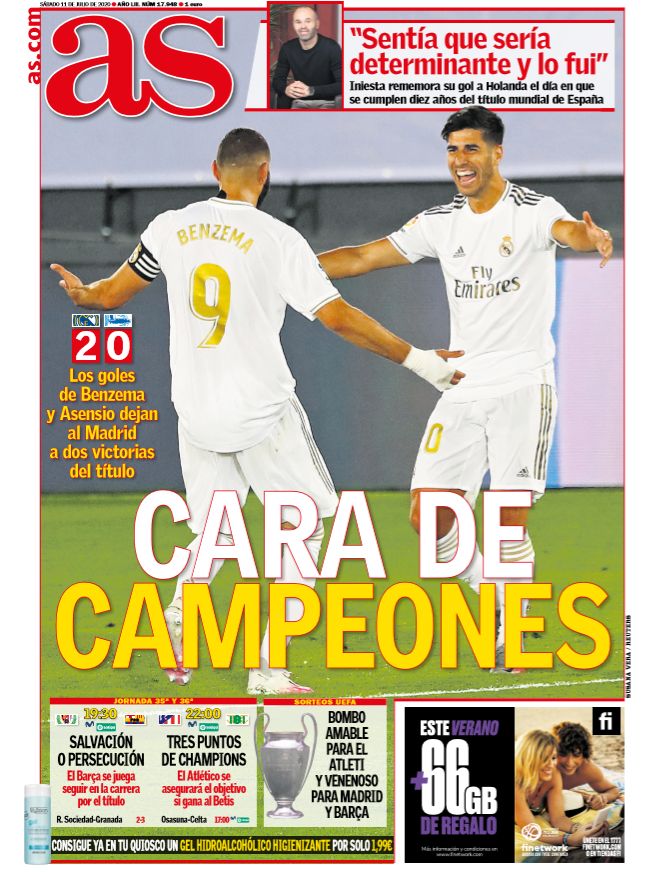 REAL MADRID: Face Of Champions - Goals from Karim Benzema and Marco Asensio secure a 2-0 win over Alaves, with Zinedine Zidane's side now two wins away from the title. BARCELONA: Andres Iniesta - 'It was important to be decisive, and I was' - The former Spanish international remembers his World Cup winning goal against Holland ten years on from La Roja's title win in South Africa in 2010. 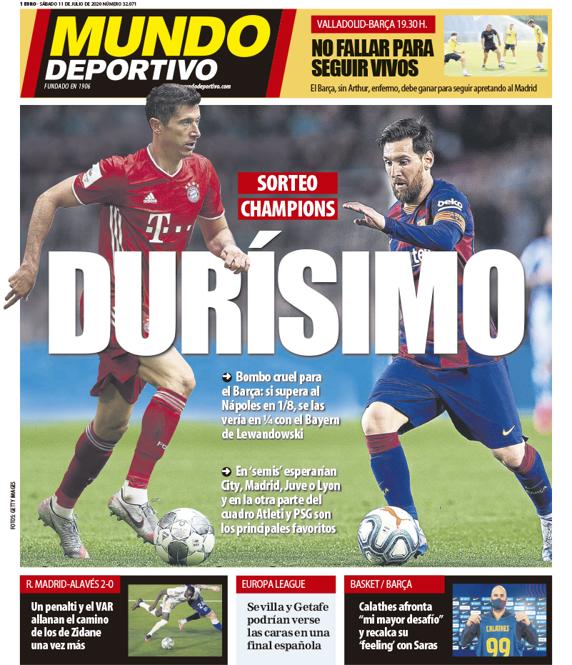 BARCELONA: Hard Route - Barcelona have been handed a tough potential route in the Champions League in August. If Quique Setien's side get past Napoli in the last 16 stage they will likely face Bayern Munich in the quarter finals and one of Real Madrid, Manchester City, Juventus or Lyon in the last four.