Monday’s Front Page Headlines from Marca, Diario AS and Mundo Deportivo, in English!! 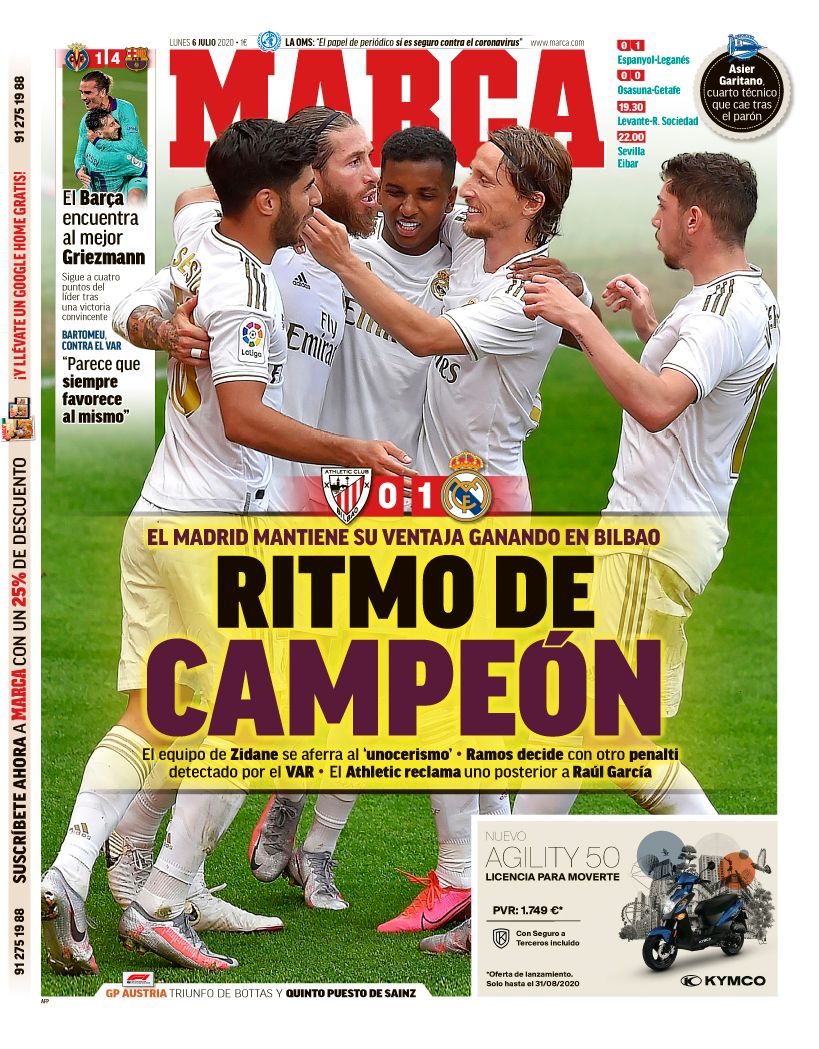 REAL MADRID - Rhythm of Champions - Real Madrid maintain their push for the La Liga title with a 1-0 win at Athletic Bilbao. Another penalty from Sergio Ramos secured the three points for Zinedine Zidane's side, thanks to another VAR decision. 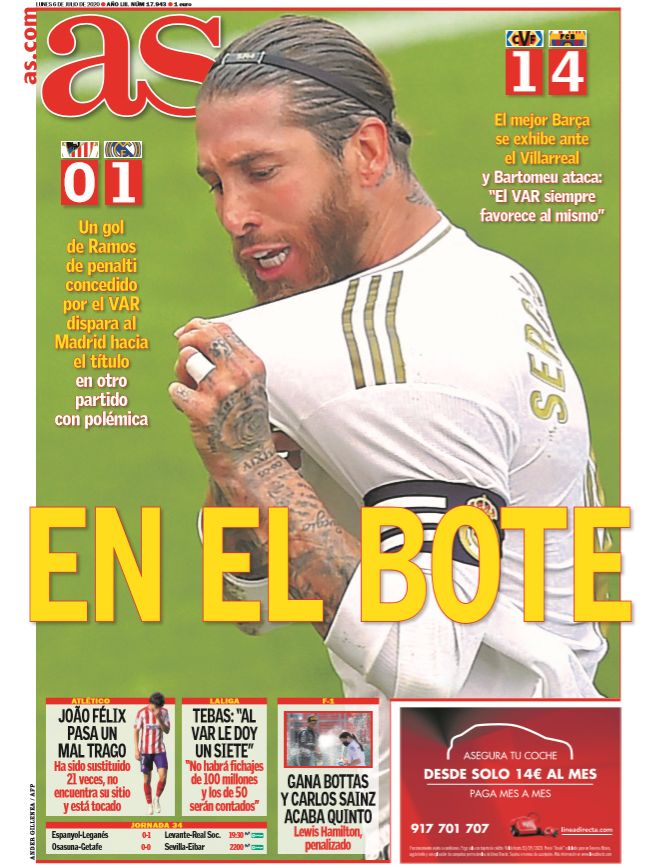 REAL MADRID - In their hands - A VAR awarded penalty for Sergio Ramos secured a 1-0 win at Athletic Bilbao, as Zinedine Zidane's side close in on the La Liga title. BARCELONA - The 'best' version of Barcelona turn up in their La Liga 4-1 win at Villarreal, as club president Josep Bartomeu criticises VAR for favouring the same teams this season. 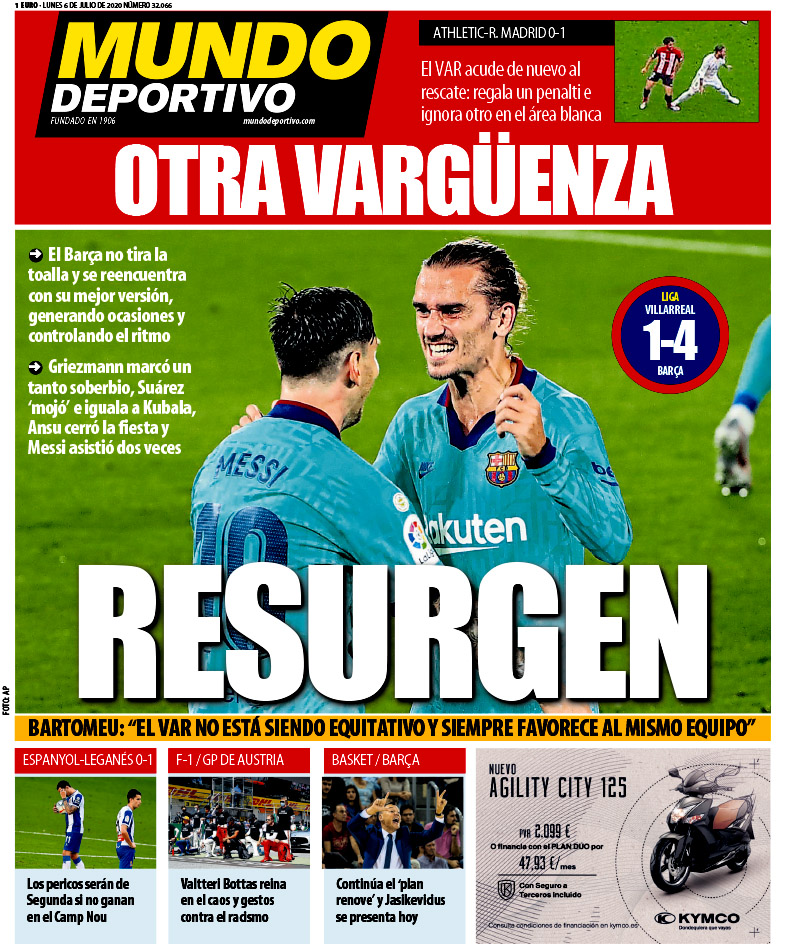 BARCELONA - RESURGENT - Barcelona return to form with an impressive 4-1 win at Villarreal, as Quique Setien's side refuse to give up on their La Liga title defence. Luis Suarez netted a spectacular second goal against Javier Calleja's side, with the Uruguayan international now equalling club legend Laszlo Kubala's 194 Barcelona goals in all competitions.