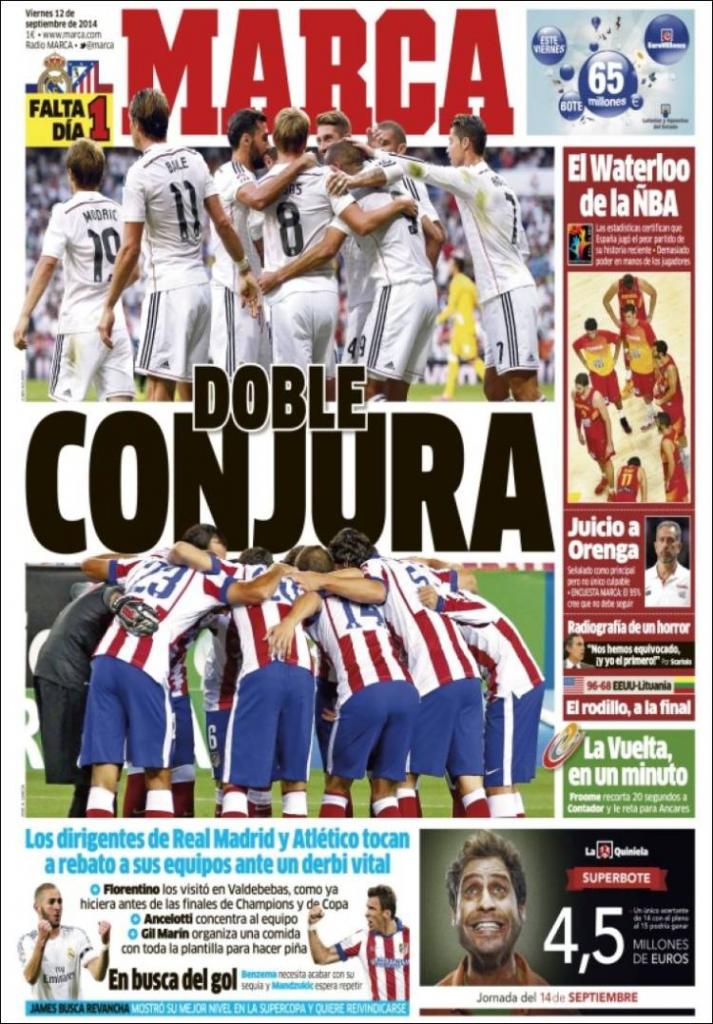 Florentino visited them at Valdebebas, as he did before the Champions League and Copa del Rey finals

In search of goals: Benzema needs to end his barren spell and Mandzukic hopes for a repeat

James looks for revenge; he showed his best form in the Supercopa and wants to recapture that 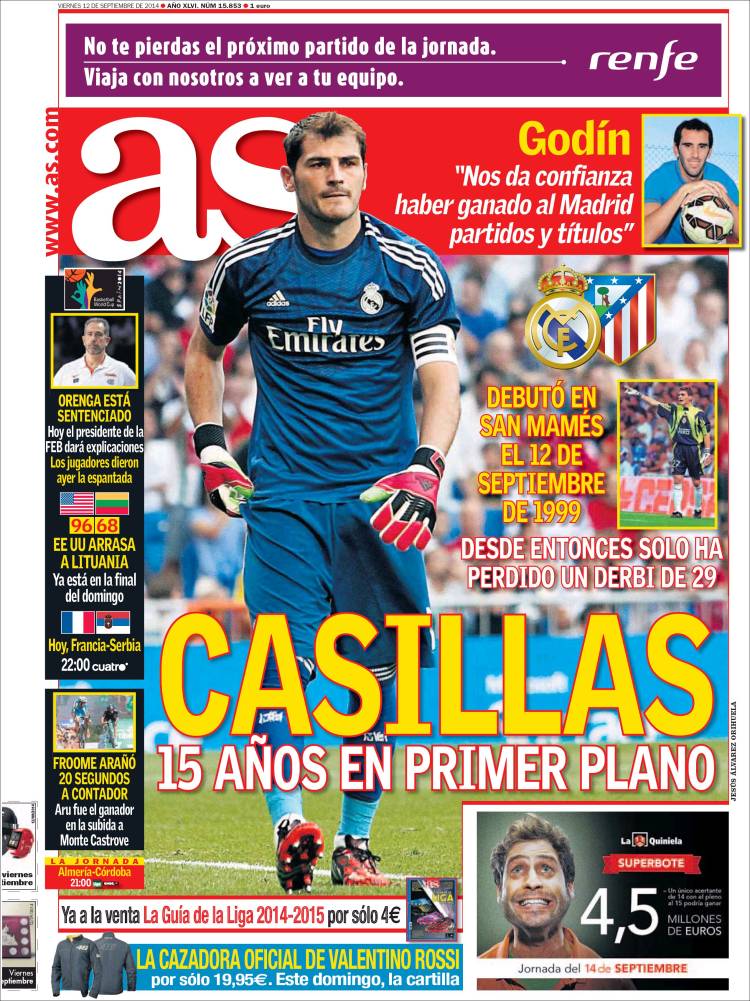 Casillas: 15 years in the headlines

Since then he has only missed one derby out of 29

Godin: “It gives us confidence to have beaten Madrid in league games and trophies” 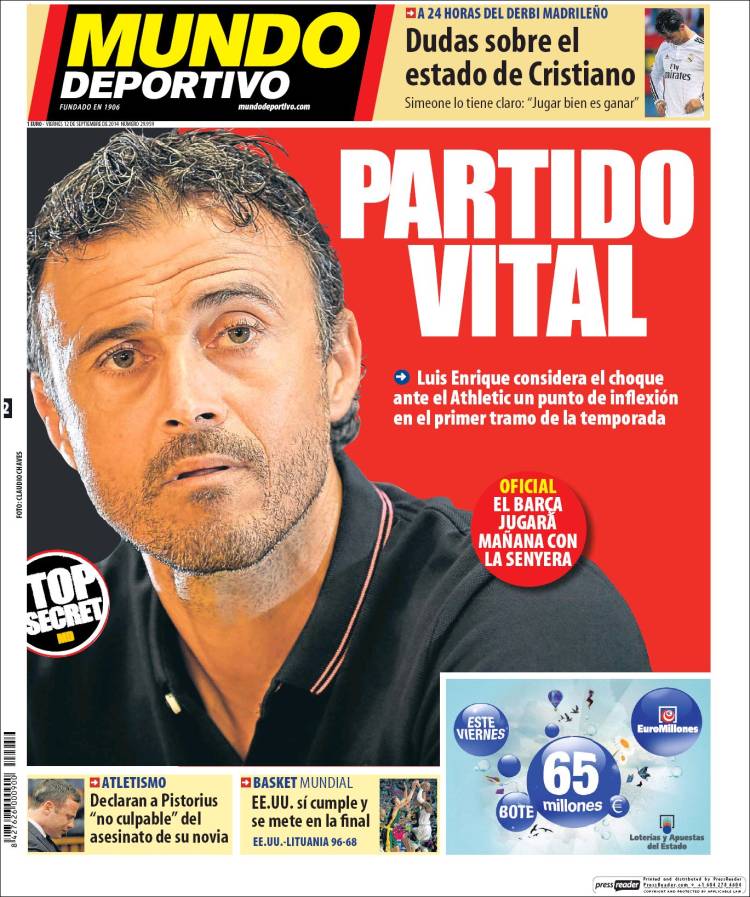 Official: Barca will play in the Senyera tomorrow

24 hours from the Madrid derby

Doubts over the fitness of Cristiano

Simeone makes it clear: “To play well is to win”