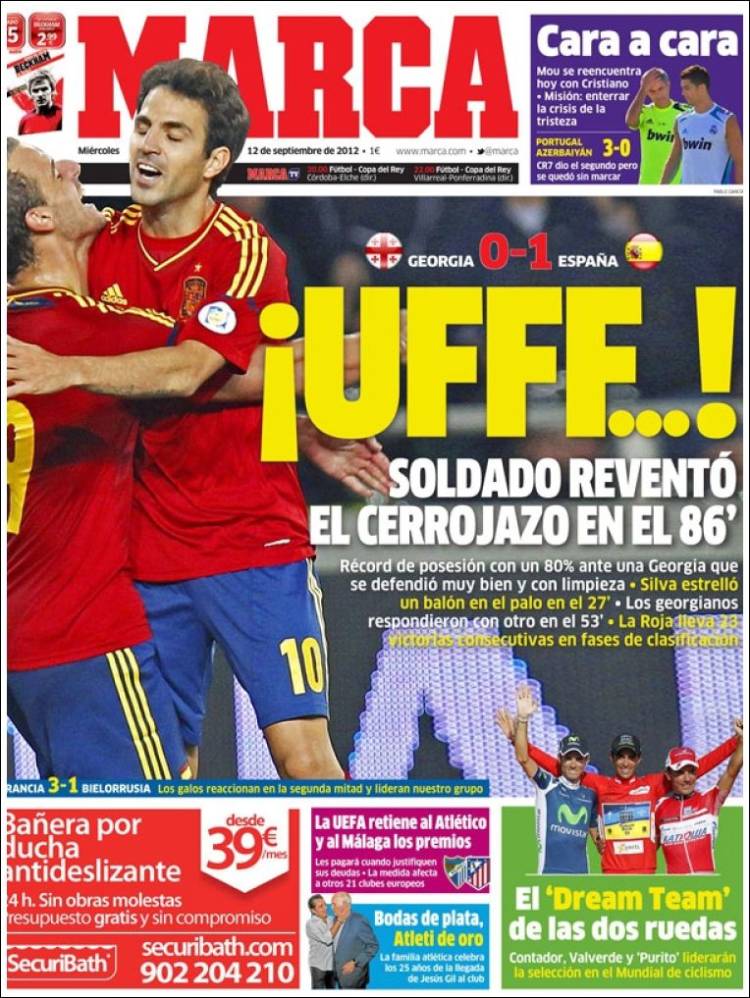 Ufff...! Soldado bursts the barrier in the 86th minute

Silva hit the post in the 27th minute: the Georgians responded likewise in the 53rd

Mission: to bury his sadness crisis

UEFA retain Atletico and Malaga bonuses: they will be paid when debts are sorted out and it has affected another 21 European clubs 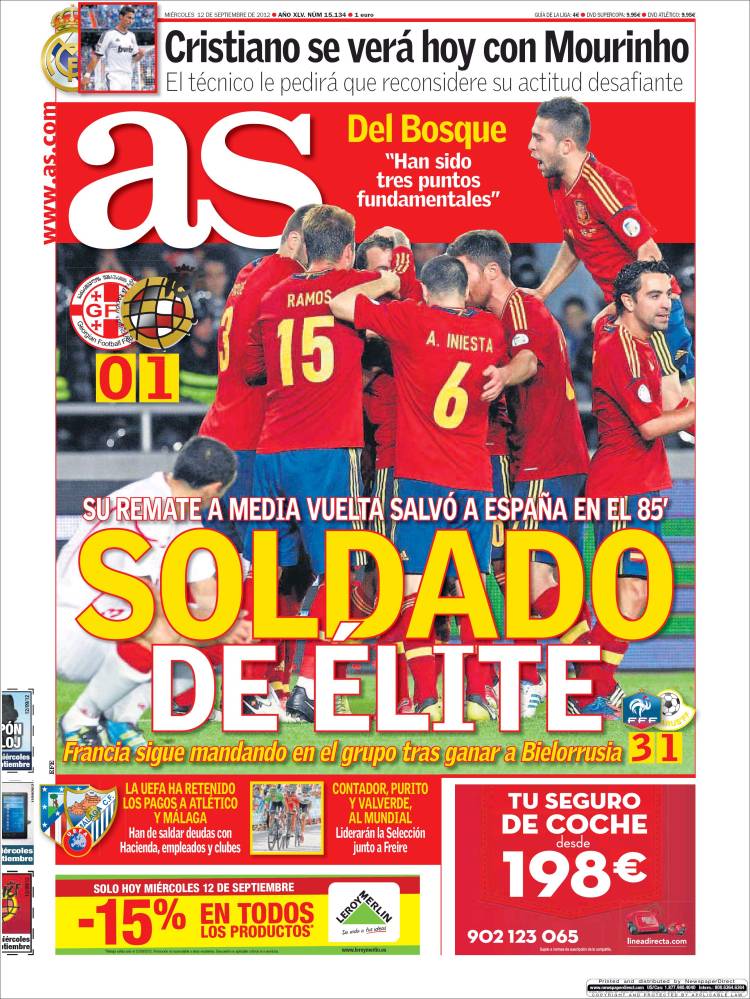 Soldado of the elite: his goal on the half-turn saved Spain in the 85th minute

Cristiano will see Mourinho today: the Coach will ask him to reconsider his defiant attitude

UEFA retain payments to Atletico and Malaga: they need to pay off debts with Hacienda, employees and clubs 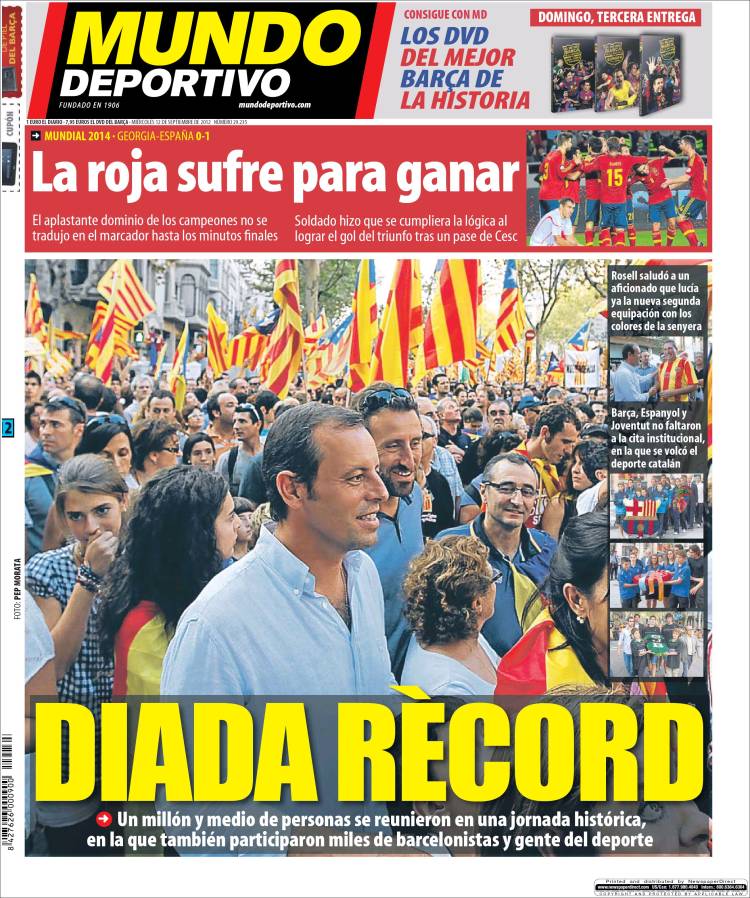 A record Diada: 1.5m people meet up on a historic day, in which thousands of Barcelona fans and sports people also took part

Rosell salutes the fans, who wore the new second strip with the colours of the Senyera

Barca, Espanyol and Joventut attended the traditional meeting, at which Catalan sport was praised