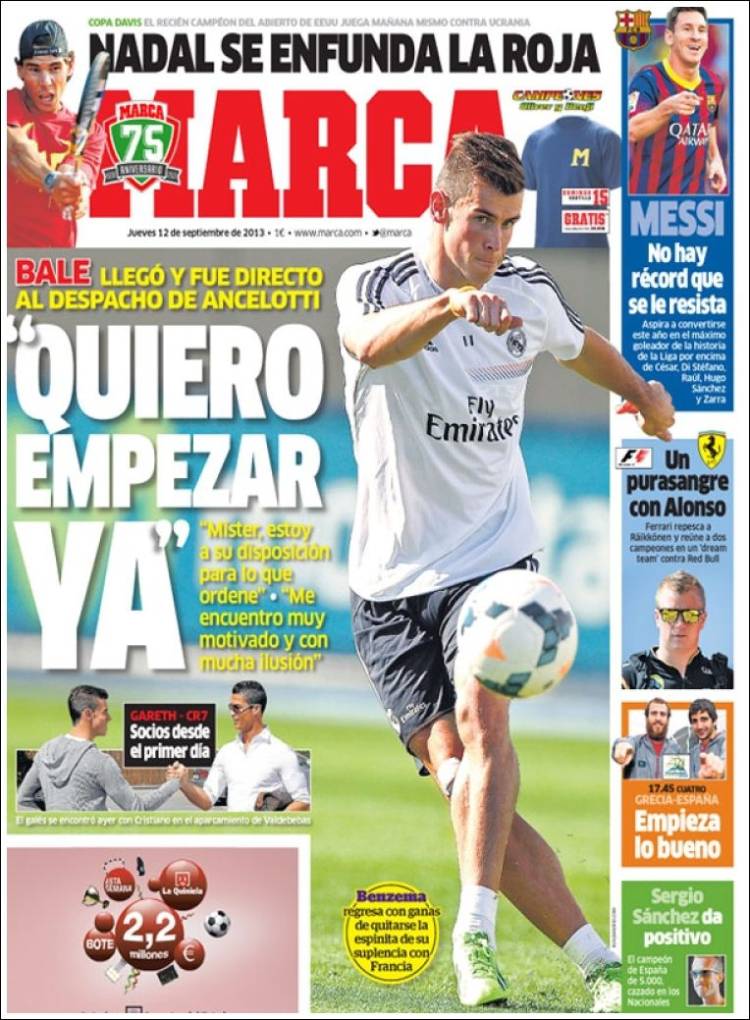 "I want to start now," Bale

"The coach, I am ready to take his orders"

"I am very motivated and have much excitement"

Gareth and CR7: Teammates from the first day

The Welshman met him yesterday in the parking at Valdebebas

The Davis Cup: Recent champion in Alberto USA plays this morning against Ukraine

Messi: There is no record he cannot overcome

He aspires to score even more goals this year and take over Cesar, Di Stefano, Raul, Hugo Sanchez and Zarra's record

A thoroughbred with Alonso

The Spanish champion of the 5000 metres hunted in the nationals 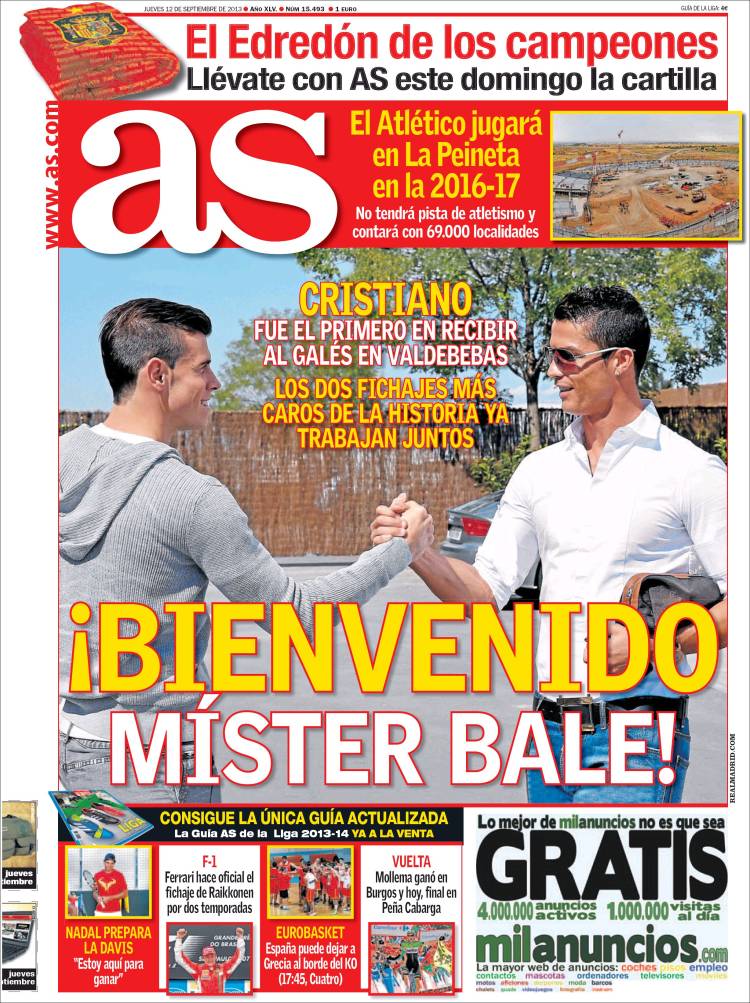 Cristiano was the first to receive him at Valdebebas

Nadal prepares for the Davis Cup: "I am here to win"

Basketball: Spain can kick out Greece 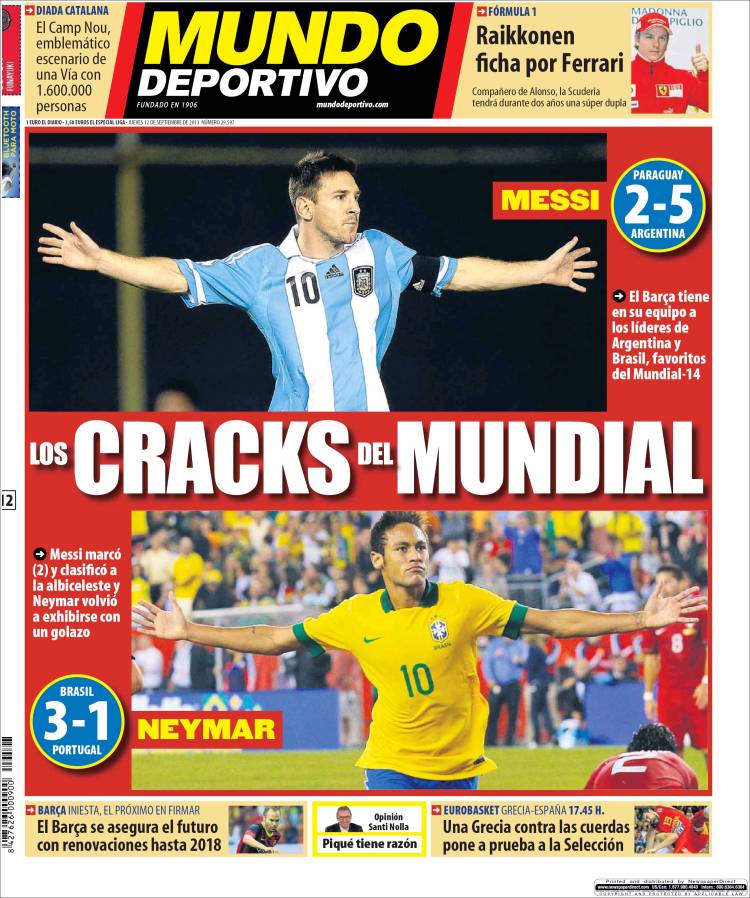 The stars of the world

Barca have the two leaders of Argentina and Brazil, two favourites for the world cup

Catalan national day: Camp Nou emblematic of the scenes in the street where 1,600,000 people marched

Barca, Iniesta to sign soon: Barca to extend his contract to 2018