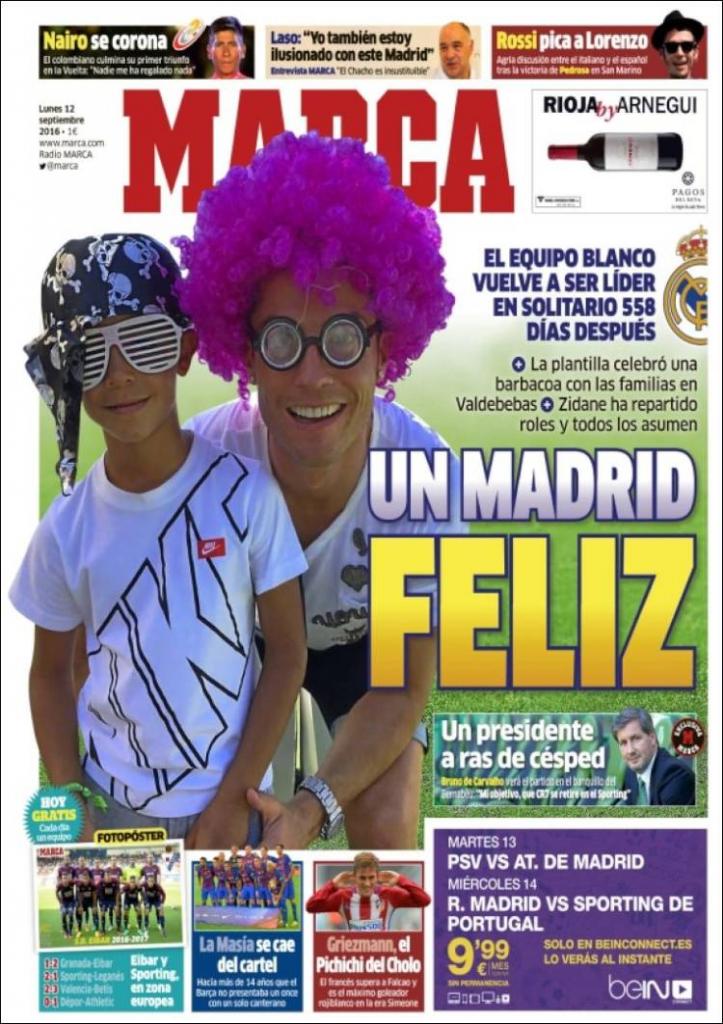 The squad held a barbecue with their families at Valdebebas

Zidane has distributed roles and everyone has accepted them

Bruno de Carvalho saw the game from the Bernabeu bench: “My objective is for CR7 to retire at Sporting”

La Masia drops out of the line-up

For the first time in 14 years, Barca did not name an XI with a single canterano 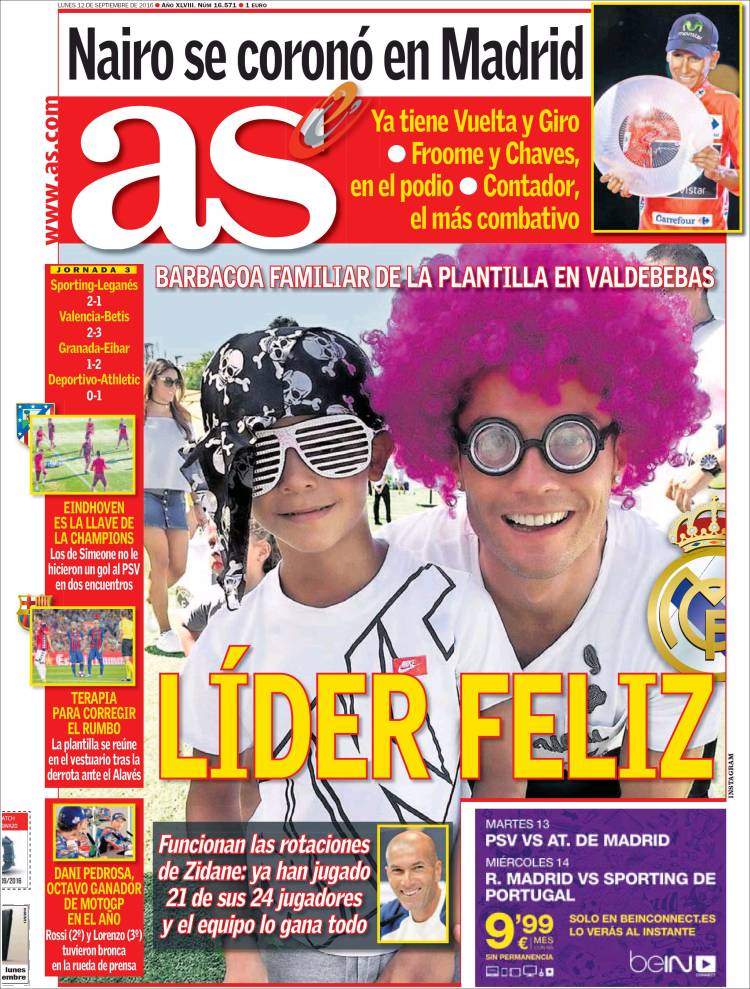 The squad have a family barbecue at Valdebebas

Zidane’s rotations work: he has already played 21 of his 24 players and the team have won it all

Eindhoven is the key to the Champions League

Simeone’s men have not scored against PSV in two games

Therapy to correct the course 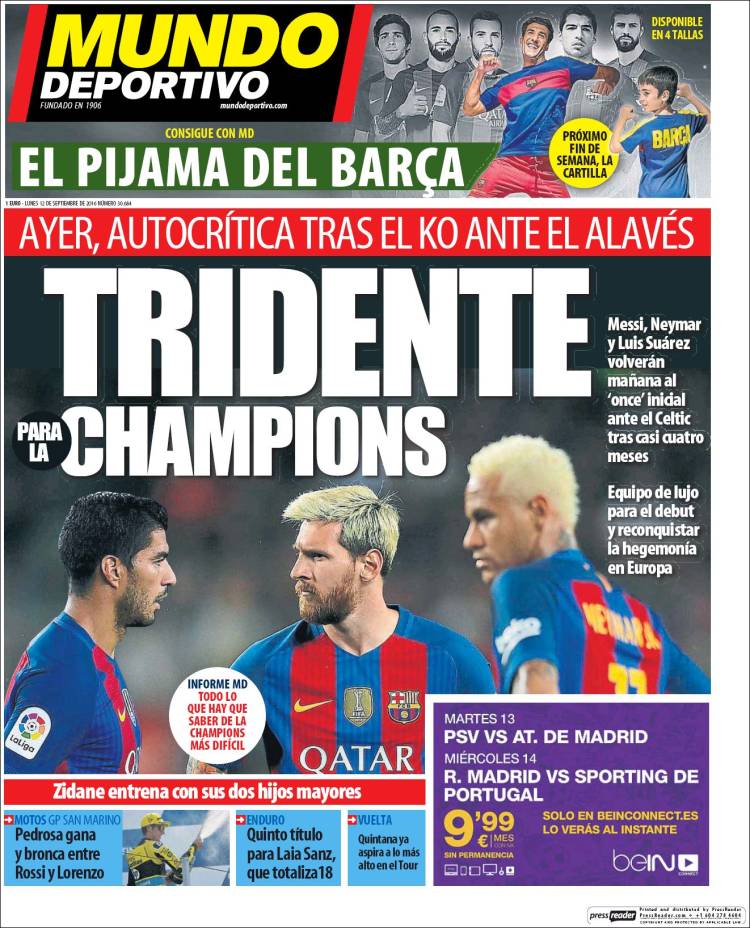 Trident for the Champions League

Messi, Neymar and Luis Suarez will return to the XI tomorrow against Celtic after nearly four months

Luxury team for the debut and regaining hegemony in Europe