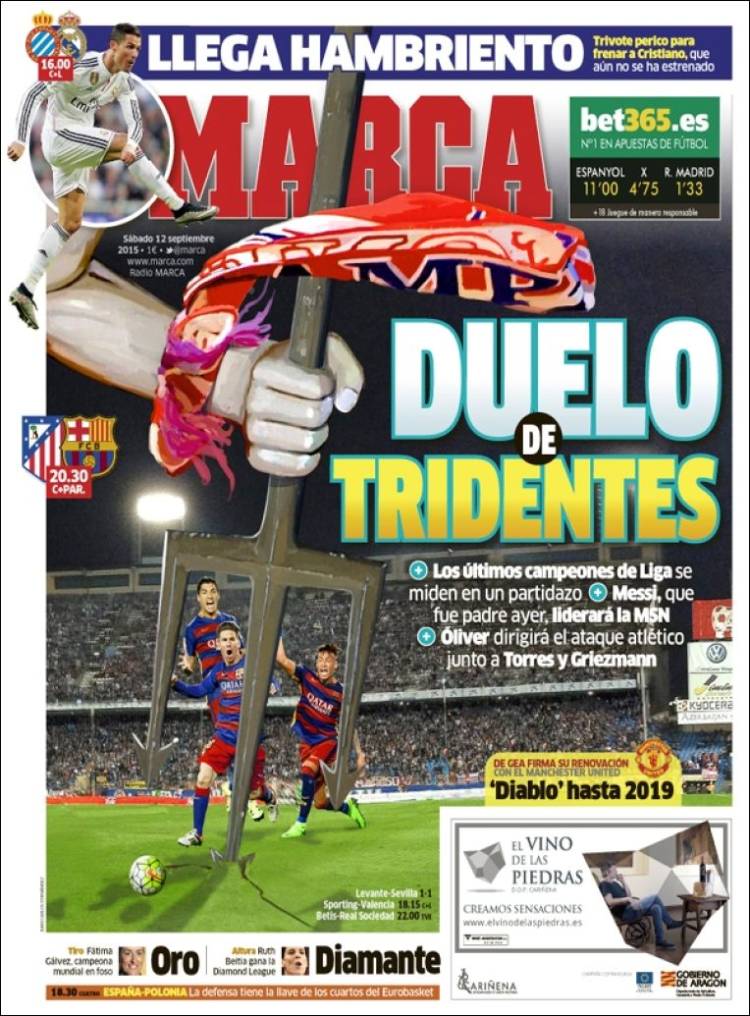 The duel of tridents

Messi, who became a father yesterday, will lead the ‘MSN’

Oliver will lead the Atletico attack alongside Torres and Griezmann

Espanyol will try to stop Ronaldo, who has not yet scored this season 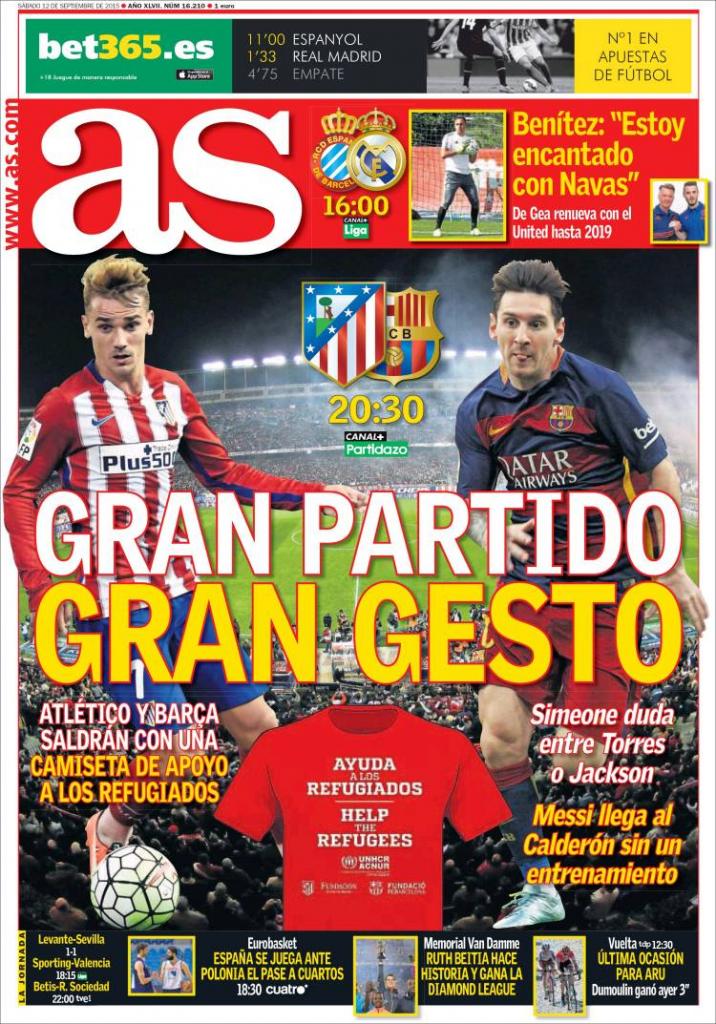 Simeone torn between Torres and Jackson

Messi arrives at the Calderon without having trained

De Gea commits to United until 2019 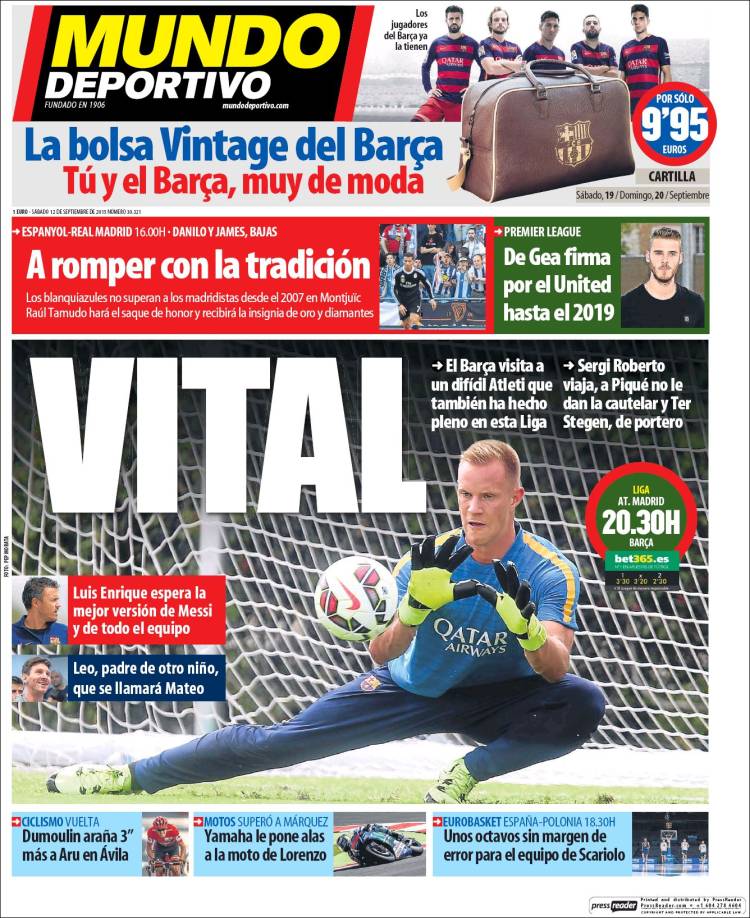 Barca face a difficult trip to Atleti, who also have a 100 percent record in the LEeague

Sergi Roberto has travelled, Pique has not and Ter Stegen will start in goal

A break from tradition

Espanyol have not beaten Madrid since 2007 at Montjuic

De Gea extends with United until 2019