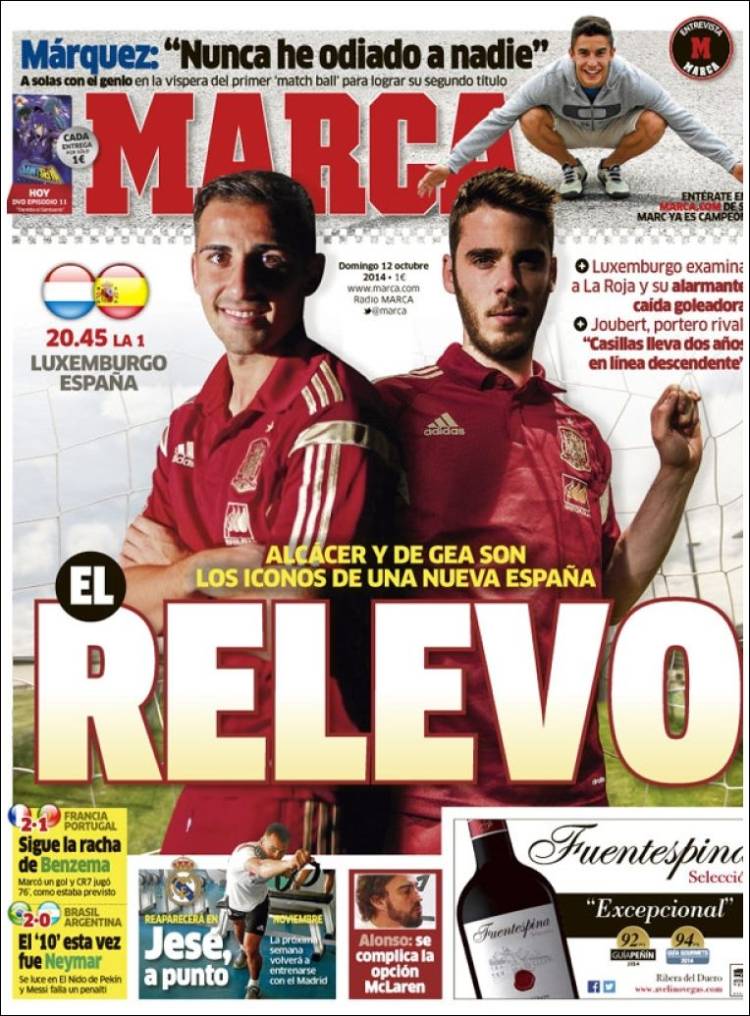 The Changing Of The Guard

Alcacer and De Gea are the icons of a new Spain

Joubert, the opposition ‘keeper: “Casillas has been in decline for two years”

Benzema’s run continues; he scored a goal and CR7 played 76 minutes, as anticipated

The ‘No 10’ this time was Neymar; he wore it in Peking’s Birds’ Nest and Messi missed a penalty

November comeback; Jese is ready: he will resume training with Madrid next week 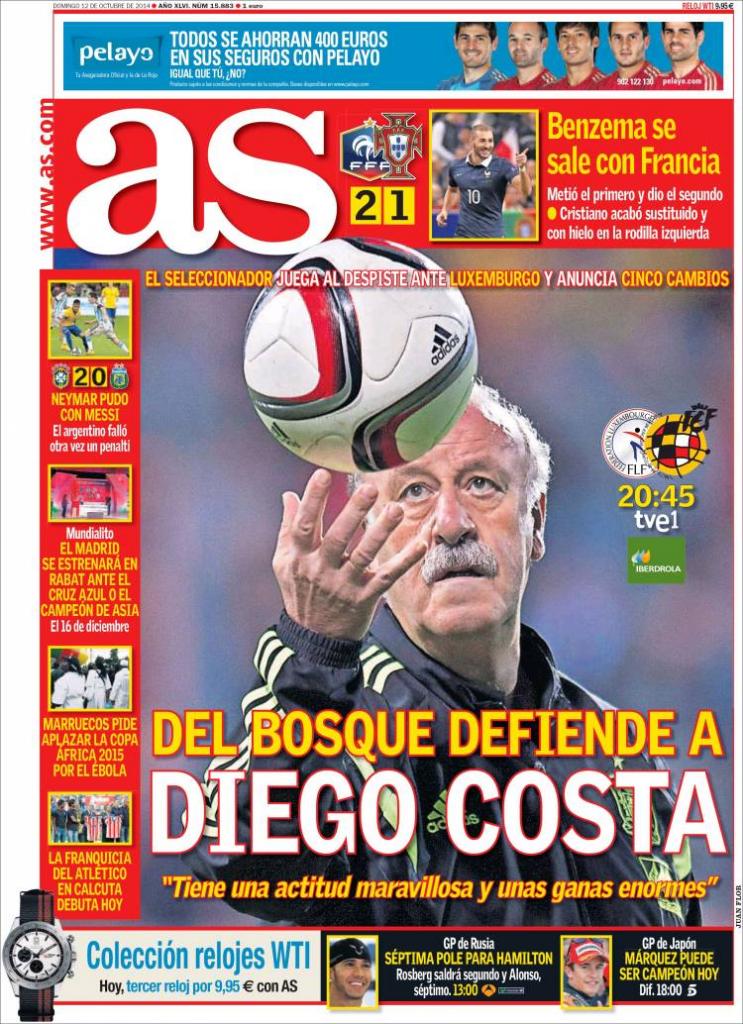 “He has a fantastic attitude and enormous desire”

Benzema bursts out with the French; he scored the first and provided the second

Cristiano ends up being substituted with ice on his left knee 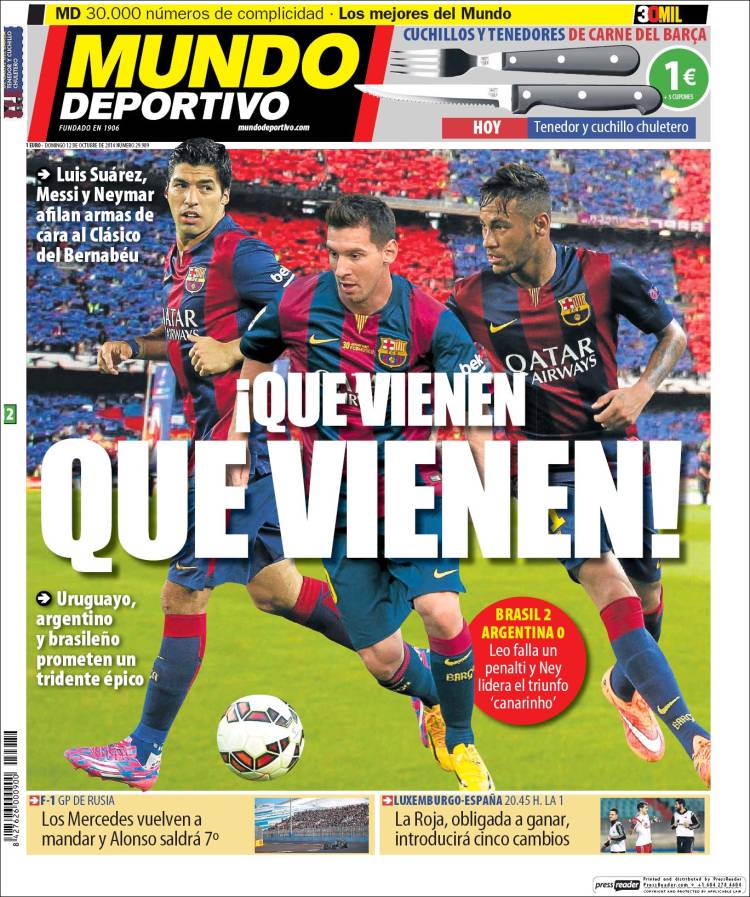 Luis Suarez, Messi and Neymar sharpen their weapons ahead of the Bernabeu Clasico

The Uruguayan, Argentine and Brazilian promise to form an impressive trident