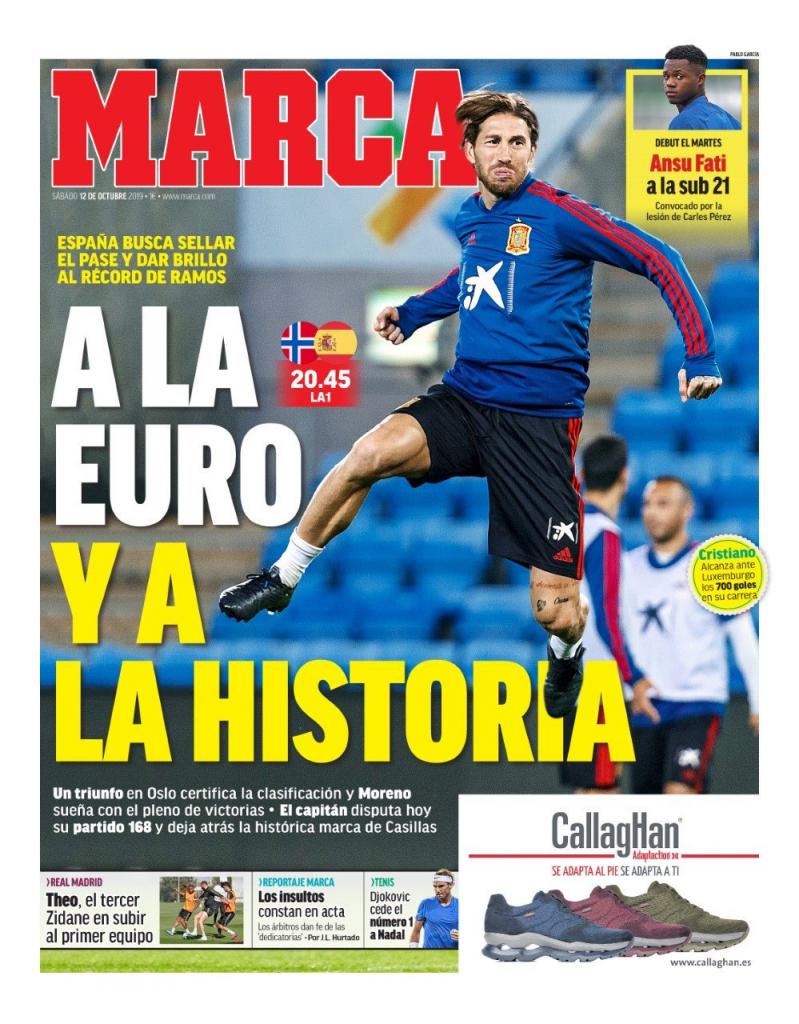 SPAIN: To The Euros, and to History - Spain will qualify for Euro 2020 if they beat Norway in Oslo. 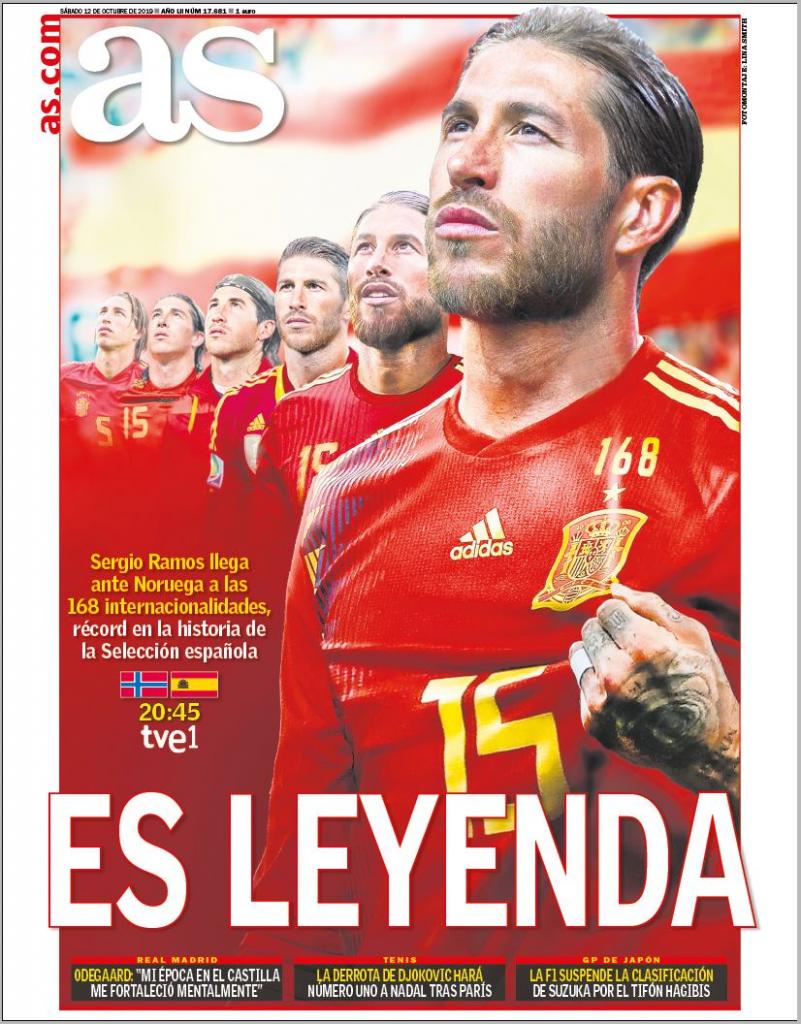 REAL MADRID: Martin Odegaard claims that his time in the reserve side made him 'mentally stronger'. 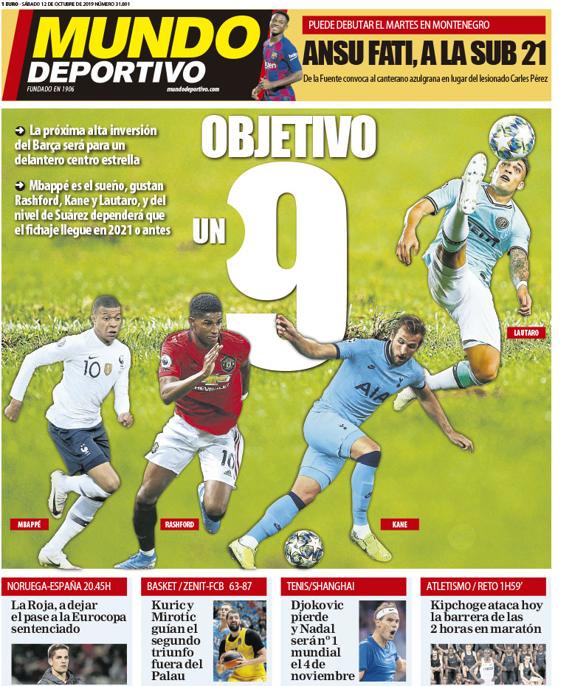 BARCELONA: Objective No.9 - Barcelona's next major investment will be on a new centre forward.

BARCELONA: Kylian Mbappe is the dream for the Catalan side, but they are also keen on Harry Kane, Marcus Rashford and Lautaro Martinez.

SPAIN: Spain will qualify for Euro 2020 with a win over Norway, as Ansu Fati is called up to the U21 squad following an injury to Carles Perez.