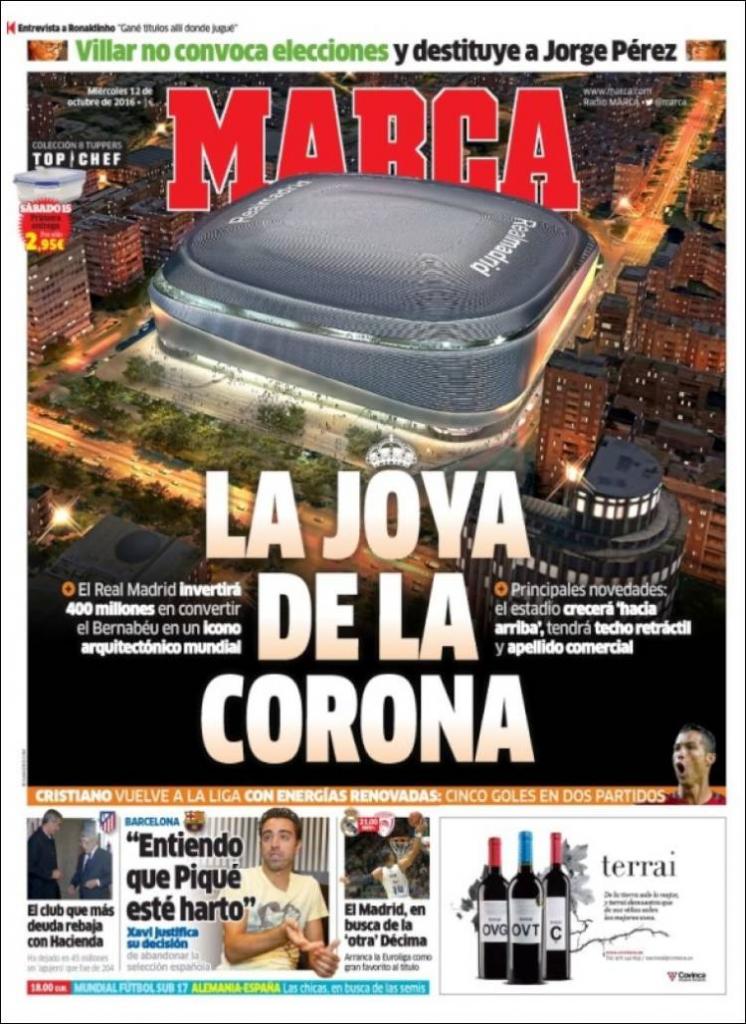 Stadium will rise, have a retractable roof and a surname

The club with the most debt works with Hacienda 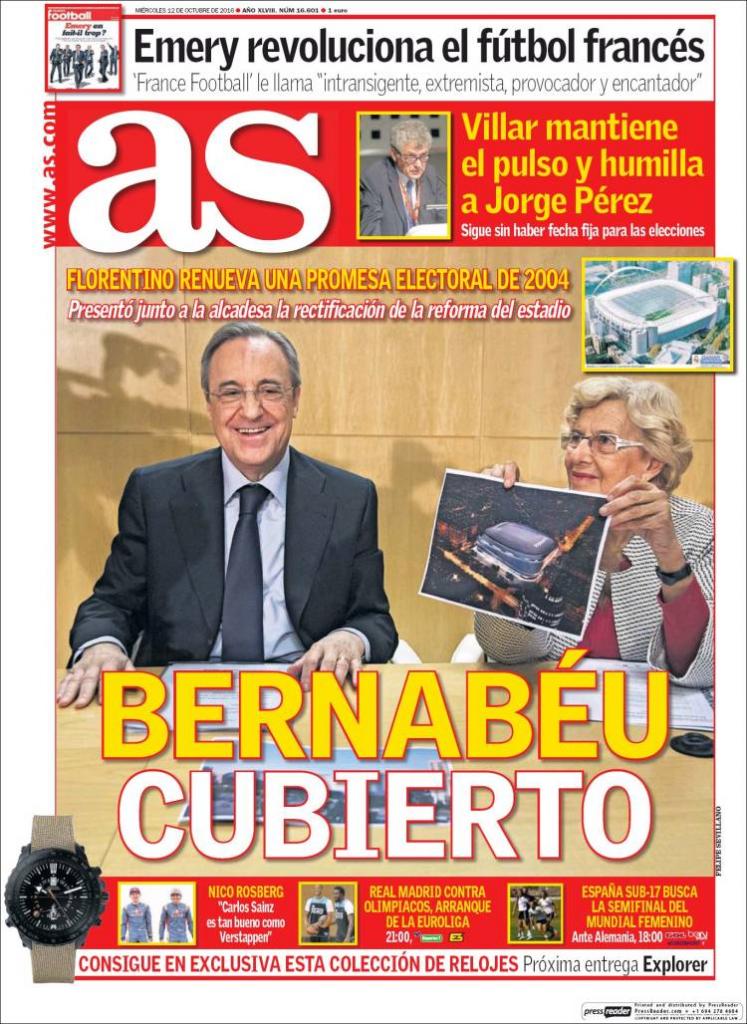 Florentino delivers on his 2004 election promise 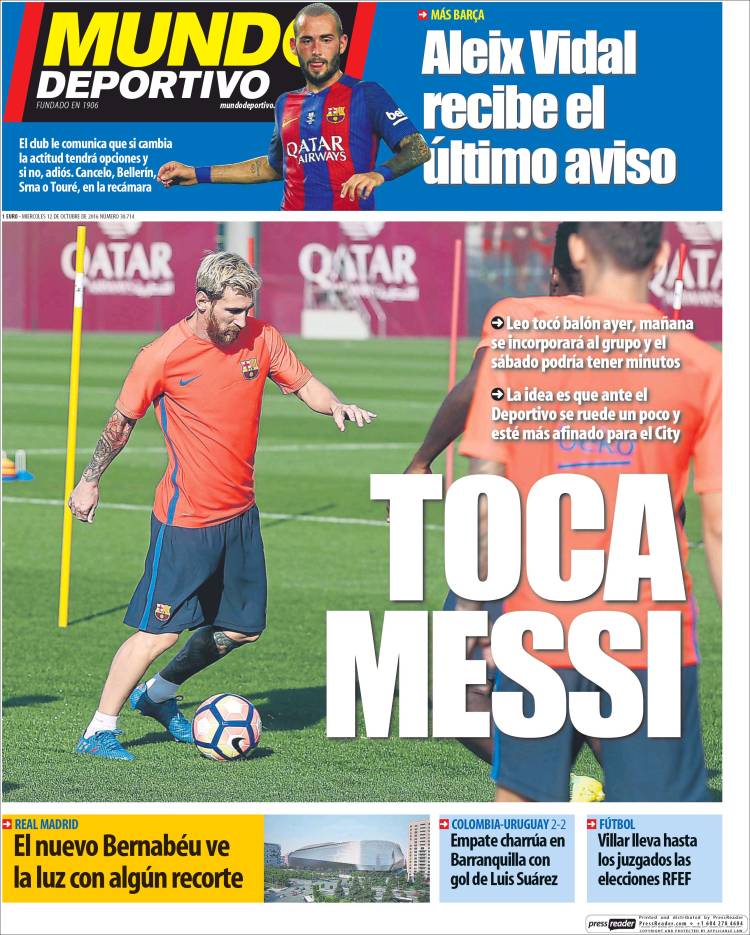 Leo touches the ball yesterday, will be included fully with the group tomorrow, could be given minutes on Saturday

Aleix Vidal receives his ultimatum - the club tells him his options or to leave. Bellerin, Cancelo, Srna, Toure all possible replacements.

The new Bernabeu sees the light, but with some cropping