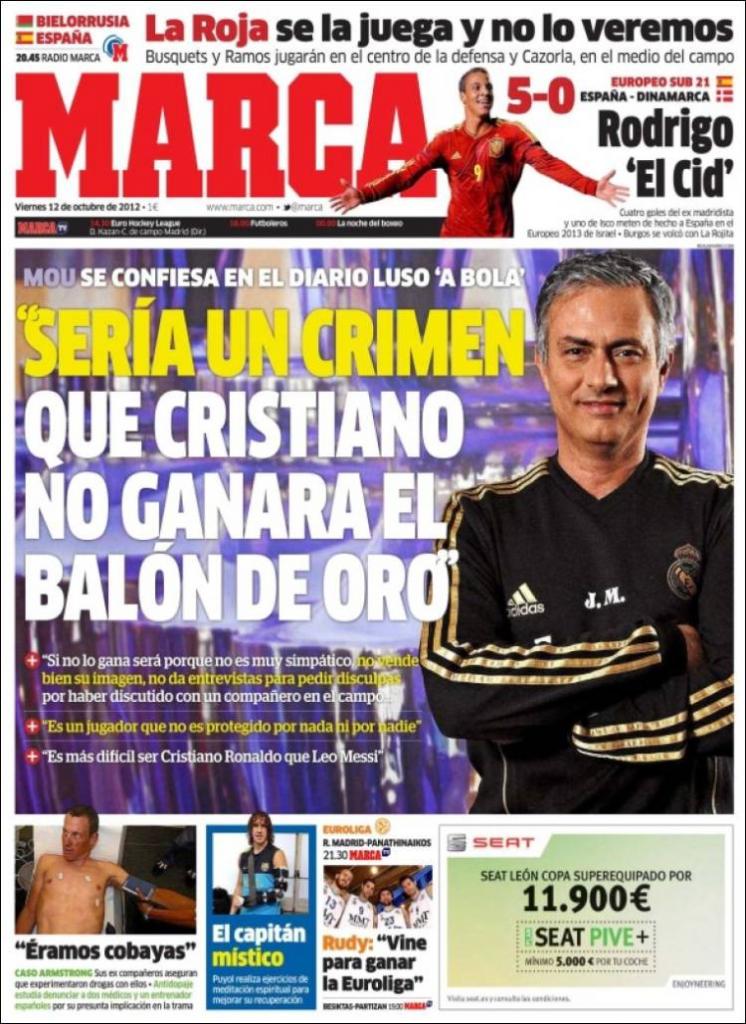 Mou confesses to Portuguese daily A Bola: "It would be a crime if Cristiano didn't win the Ballon d' Or"

"If he doesn't win it is because he is not kind, as he doesn't sell his image well, and doesn't give interviews to ask for forgiveness having argued with a teammate on the pitch"

"It is more difficult to be Cristiano Ronaldo than Lionel Messi"

La Roja will play and we will not see it

Burgos knocked out by La Rojita 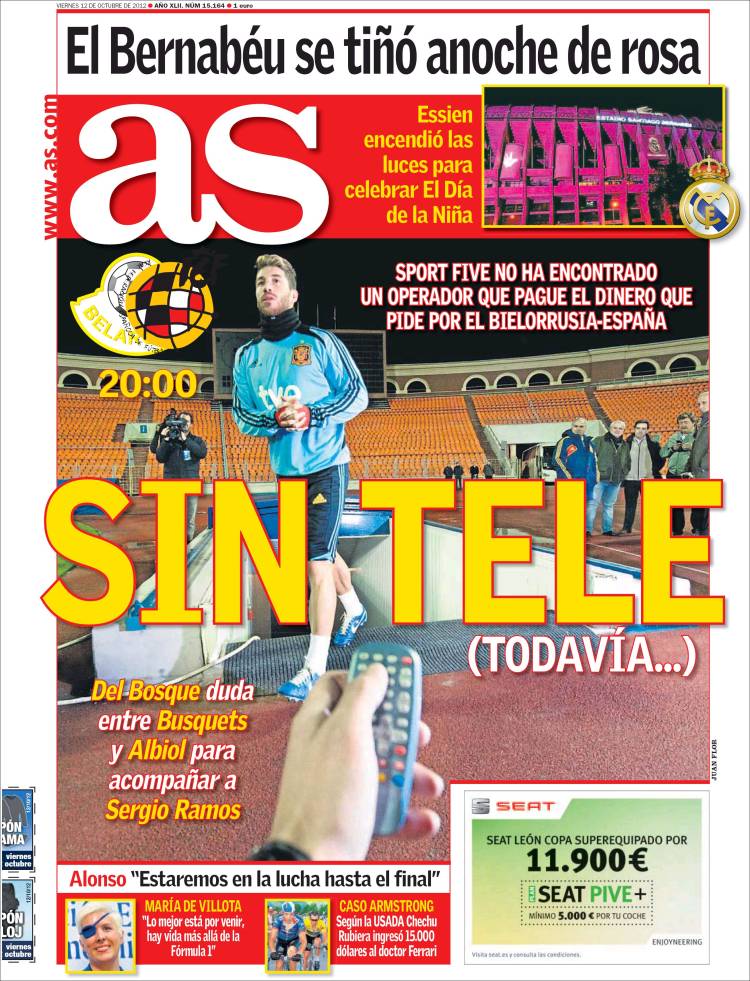 Without television (still...) - Sport Five have not found an operator who will pay the money they are asking for Belarus-Spain 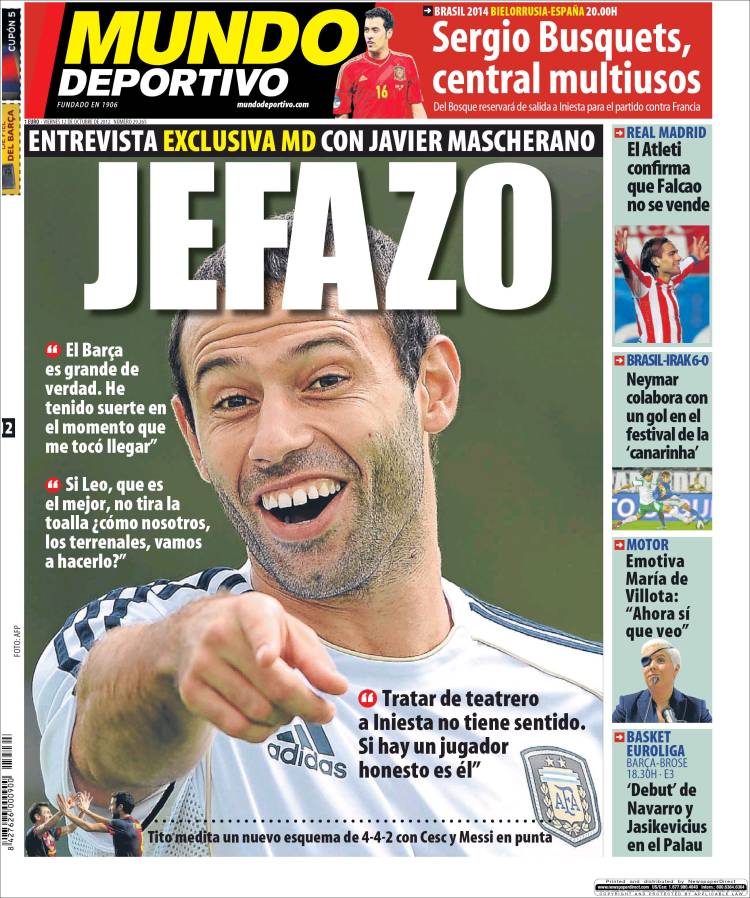 "Barca are truly great. I've been lucky enough to have come here at this time"

"If Leo, who is better, doesn't throw in the towel then how can us mere mortals do that?"

"To call Iniesta an actor doens't make sense. If there is an honest player then it is him"

Del Bosque will keep Iniesta back for the France game

Atleti confirm Falcao is not for sale