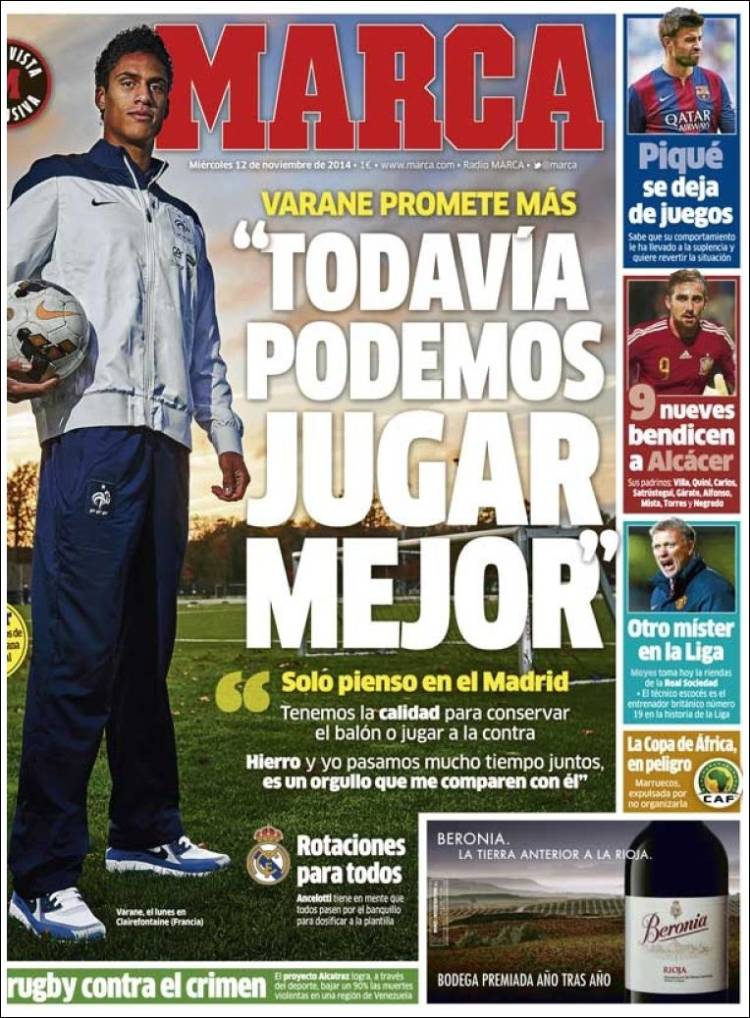 We can play even better

“I’m only thinking about Madrid”

Rotations for everyone: Ancelotti has it in his mind that everybody spends some time on the bench to save the squad’s strength

Pique has games left: he knows his behaviour has made him a substitute and he wants to turn the situation around

Another ‘mister’ in La Liga: Moyes today takes the reins at Real Sociedad

The African Nations Cup, in danger: Morocco, thrown out for not organising it 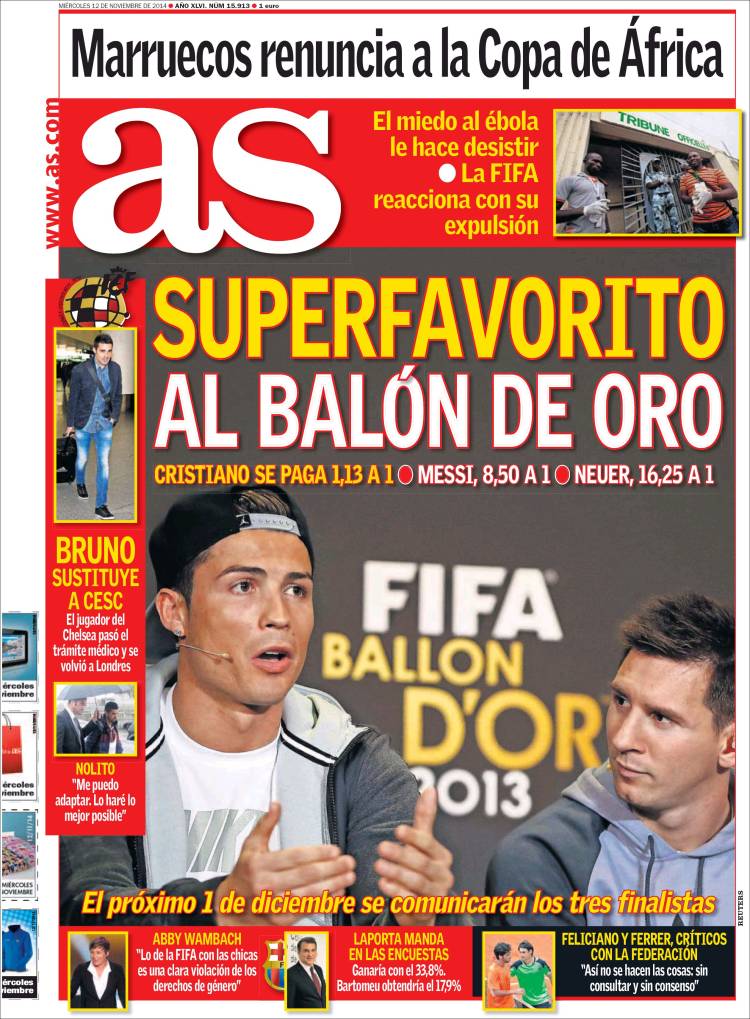 Super-favourite for the Ballon d’Or

The three finalists will be known on December 1

Morocco abandons the African Nations Cup: fear of Ebola forces them to give up: FIFA reacts with their expulsion

Bruno the substitute for Cesc: the Chelsea player failed the medical procedure and returned to London

Nolito: “I can adapt. I’ll do the best I possibly can”

Abby Wambach: “What FIFA is doing to the girls is a clear violation of human rights”

Laporta sends out the questionnaires: he would win with 33.8 per cent. Bartomeu would keep 17.9 per cent 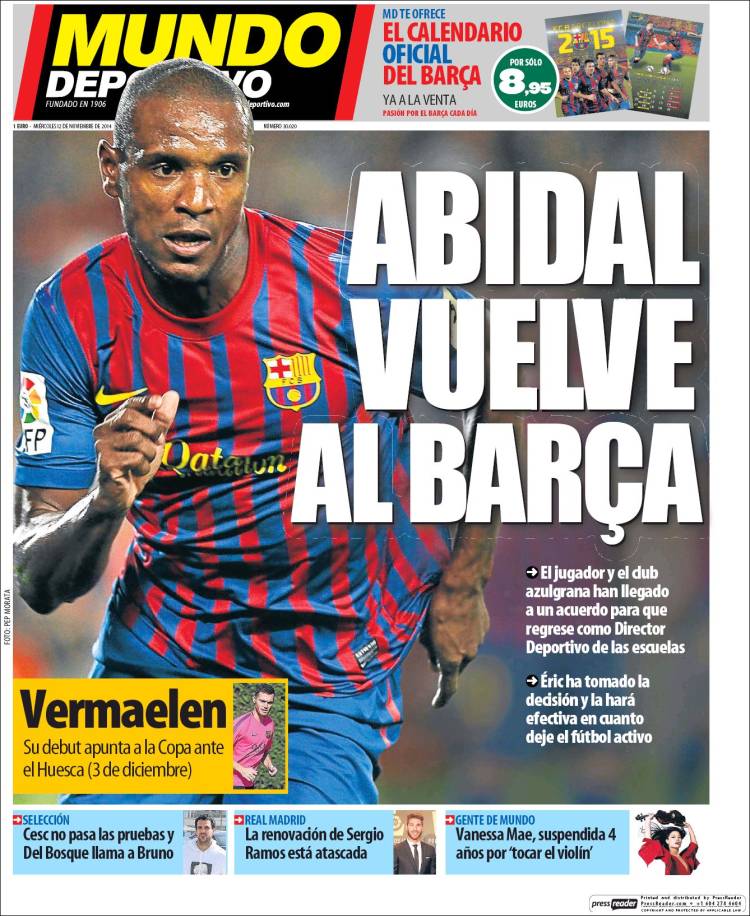 Vermaelen: His debut could be in the Cup against Huesca (December 3)