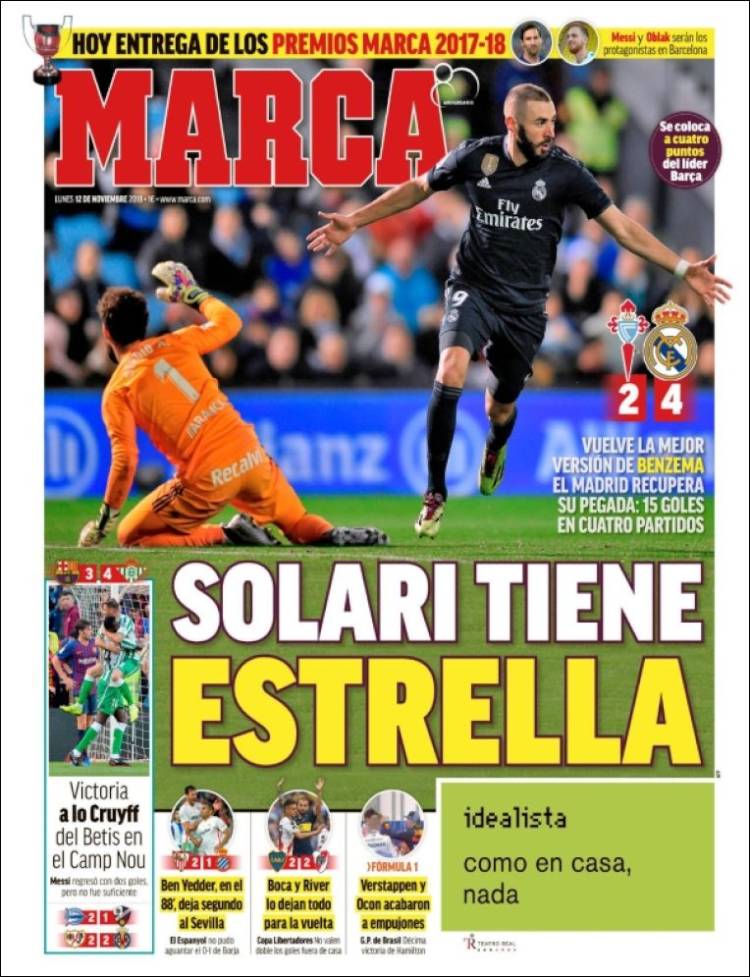 Solari has a star

Cruyff victory for Betis at Barca

Ben Yedder, in the 88th minute, brings Sevilla to second 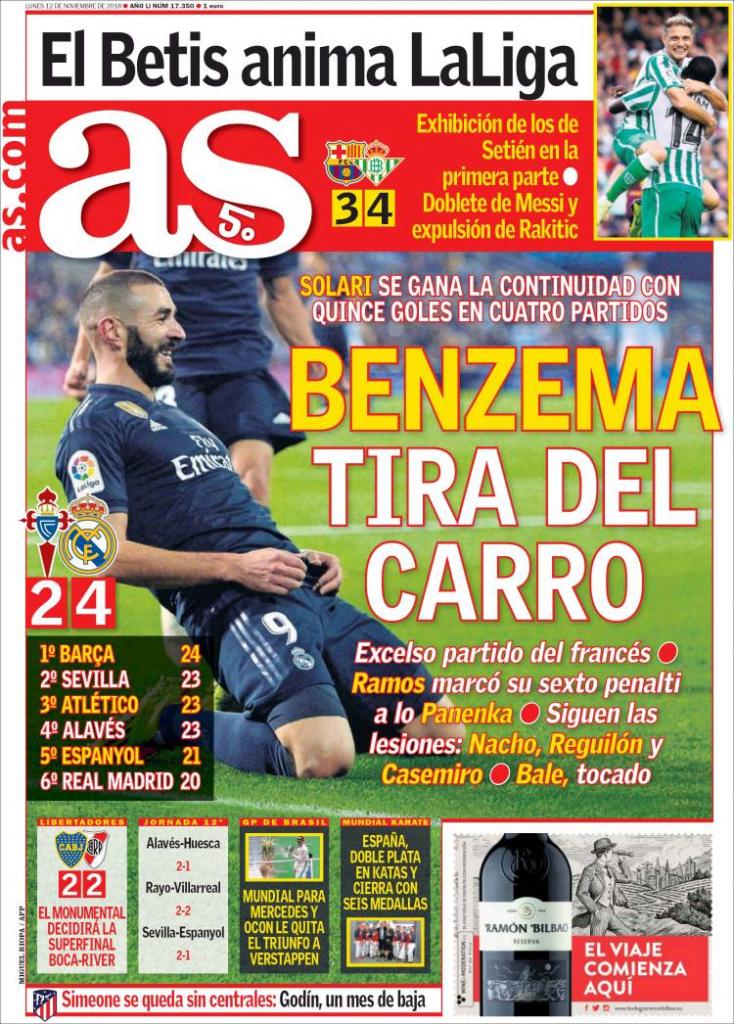 15 goals in four games for Solari

Simeone without central defenders - Godin out for a month 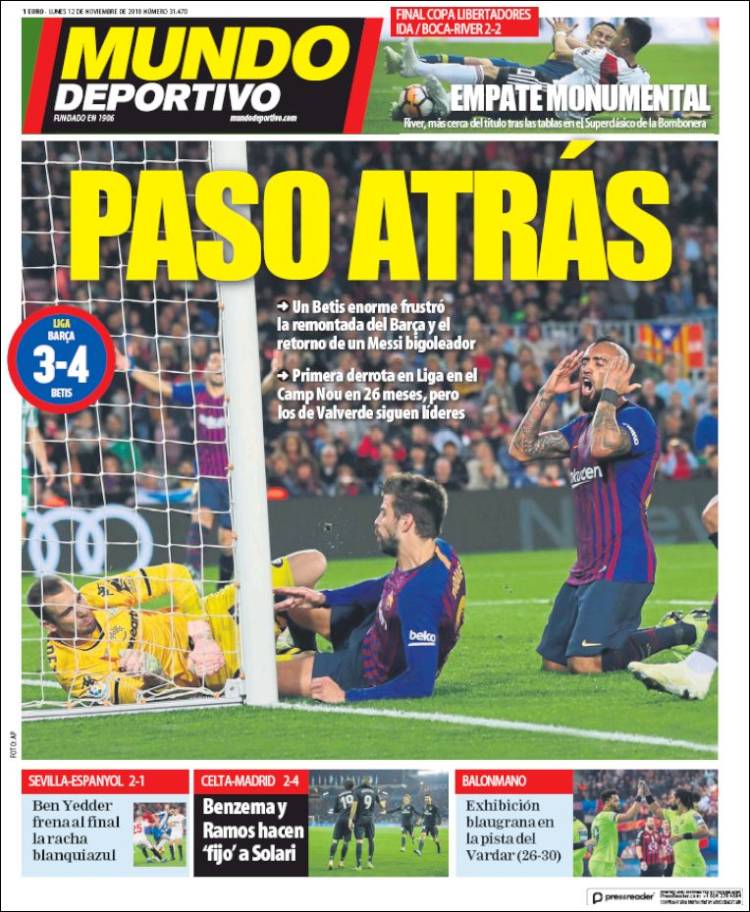 Benzema and Ramos have 'fixed' Scolari