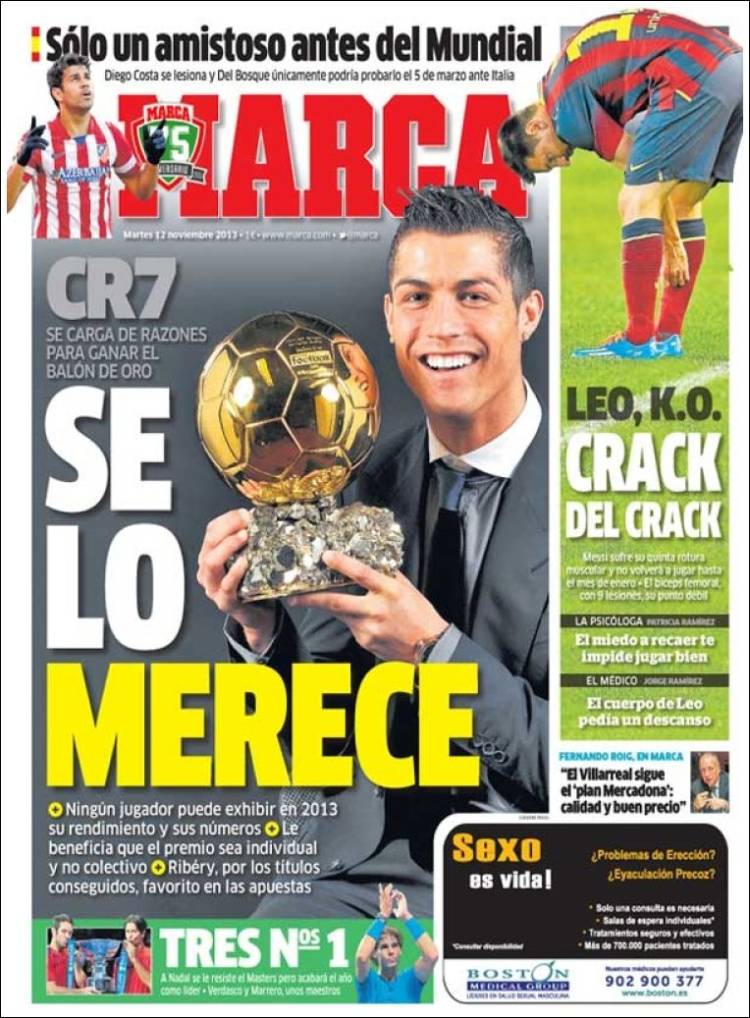 He deserves the Balon d'Or

There are many reasons why Ronaldo can win the award

The award is individual and not collective, so he will benefit

Ribery, due to the titles he won, is the favourite

Only friendlies before the World Cup

Three number ones: Nadal keeps his number one spot but could not triumph in the Masters

Verdasco and Marrero, the masters

His muscular problems in his hamstrings are his weak spot

Patricia Ramirez, a psychologist, warns that the fear of relapse could impede him from playing at his best 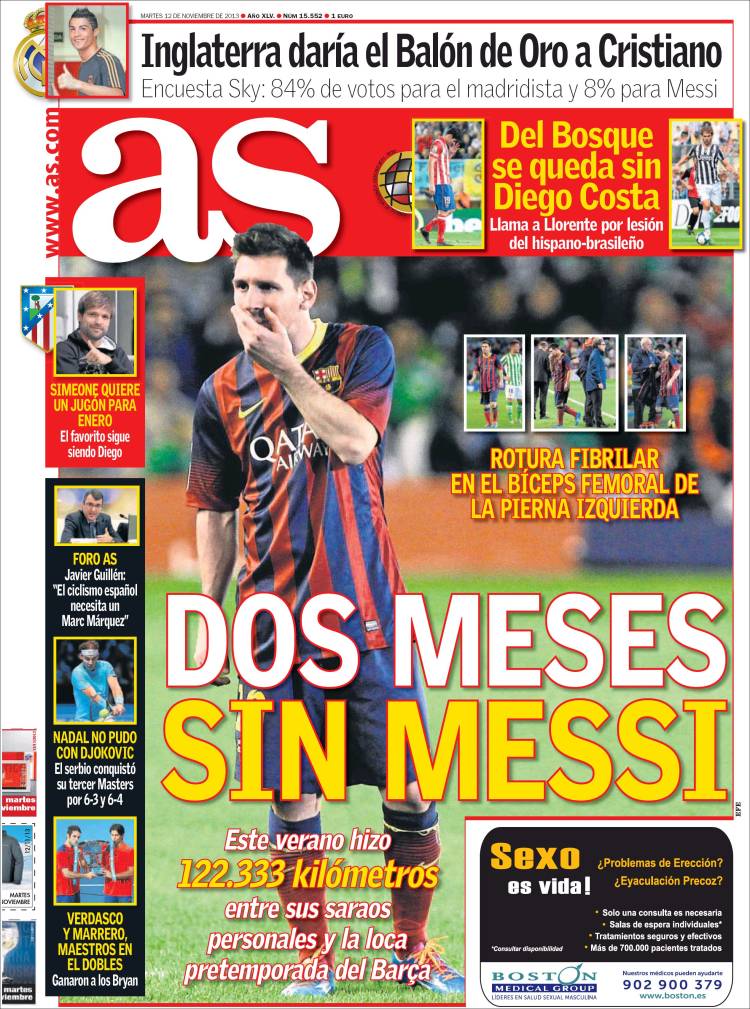 He has a torn muscle in his left hamstring

He calls up Llorente because of the Spanish-Brazilian's injury

England would give the Balon d'Or to Cristiano

Survey Sky: 84% of the votes for the Madridista and Messi gets only 8%

Simeone wants someone in January

The favourite continues to be Diego

Nadal could not overcome Djokovic: The Serb wins his third Masters, 6-3 6-4

Verdasco and Marrero, masters in the doubles as they beat the Bryans 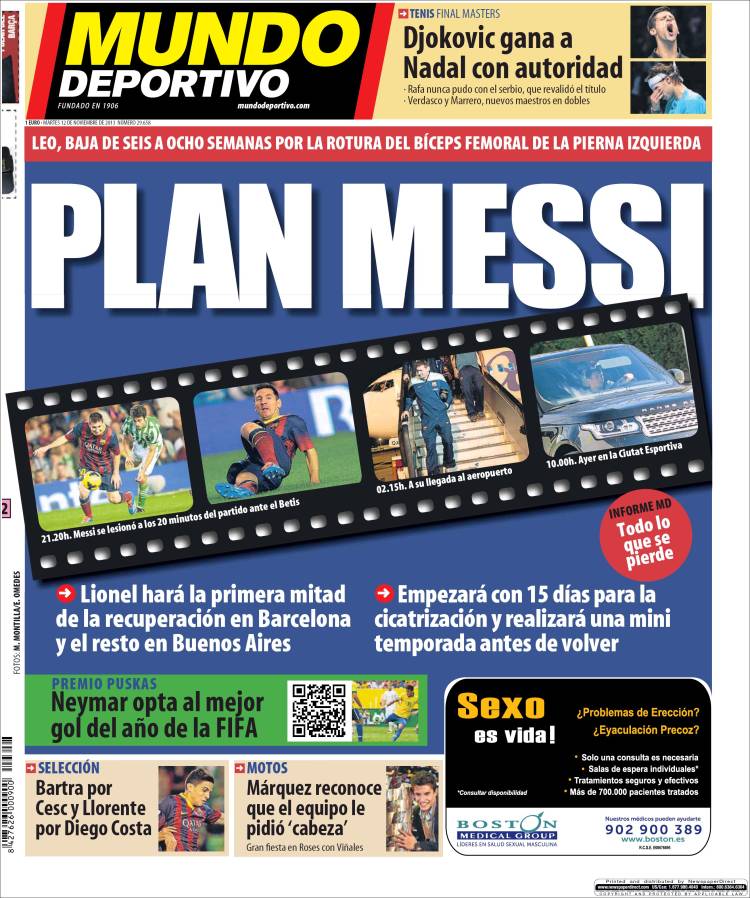 Neymar up for the best goal of the year by FIFA

Moto GP: Marquez recognises that the team helped him