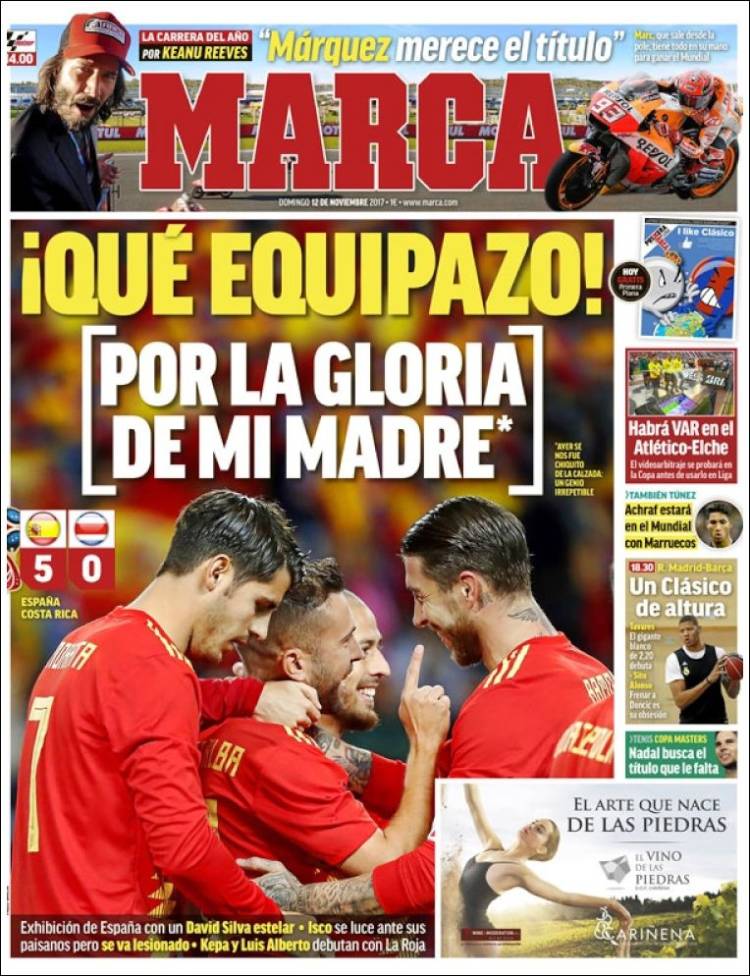 What a great team!

By all that’s holy

There will be VAR in Atletico-Elche

Achraf will be at the World Cup with Morocco 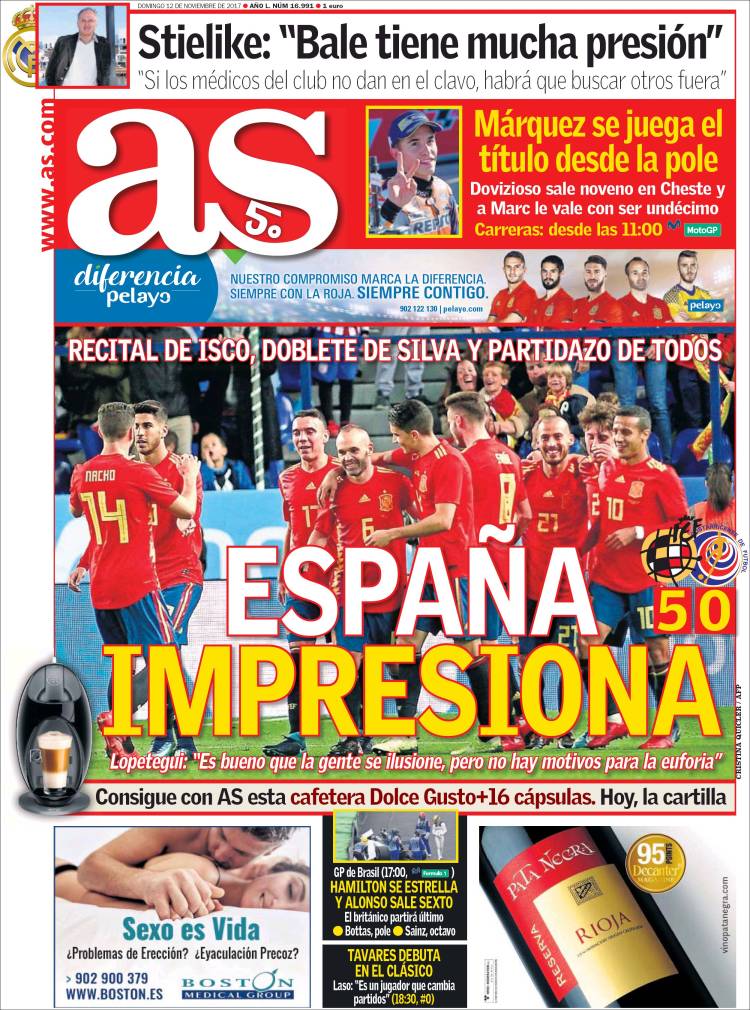 Isco’s show, Silva’s brace and a great game from everyone

Lopetegui: “It’s good that the fans are excited, but there’s no need for any euphoria”

Stielike: “Bale’s under a lot of pressure” 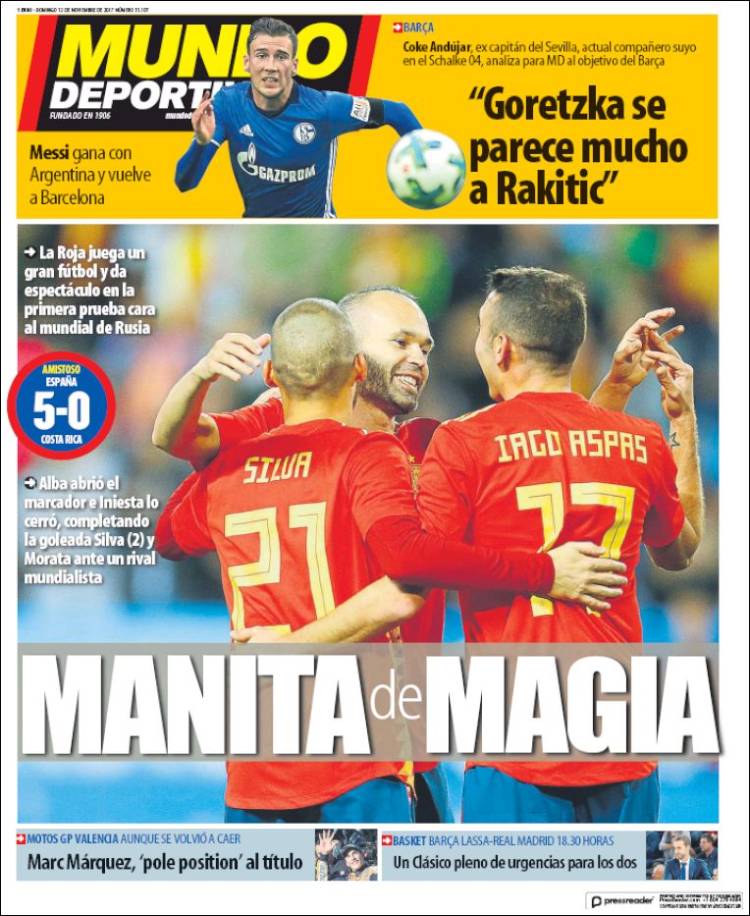 Messi wins with Argentina and returns to Barcelona