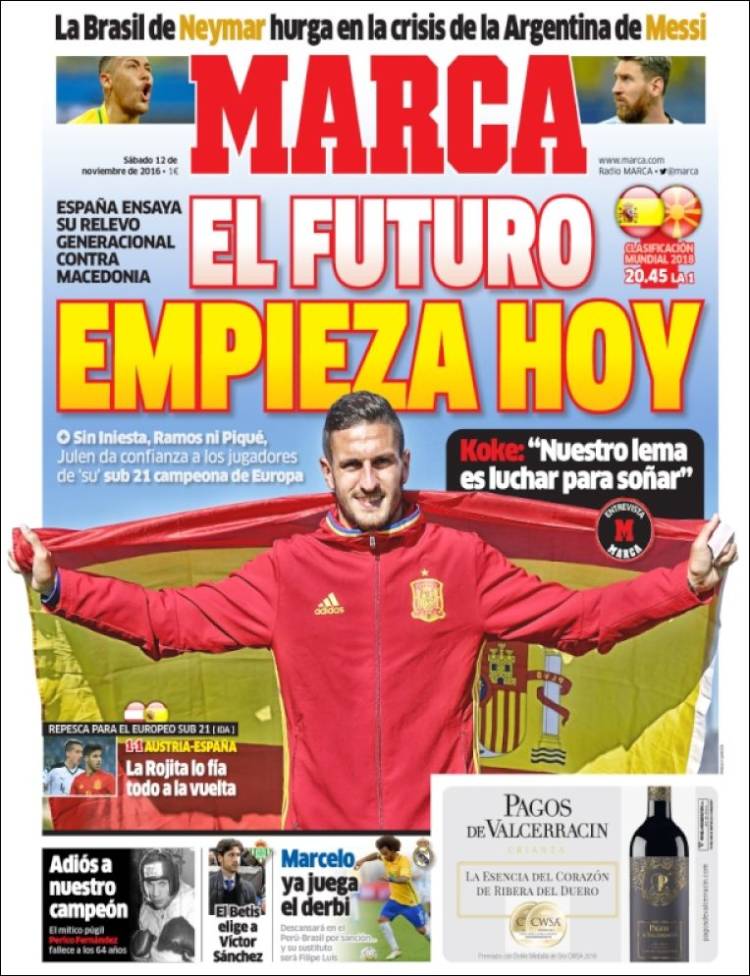 Without Iniesta, Ramos and Pique, Julen places faith in ‘his’ Under-21 champions

Koke: “Our motto is fighting to dream”

Neymar’s Brazil bask in the crisis of Messi’s Argentina

Marcelo ready for the derby 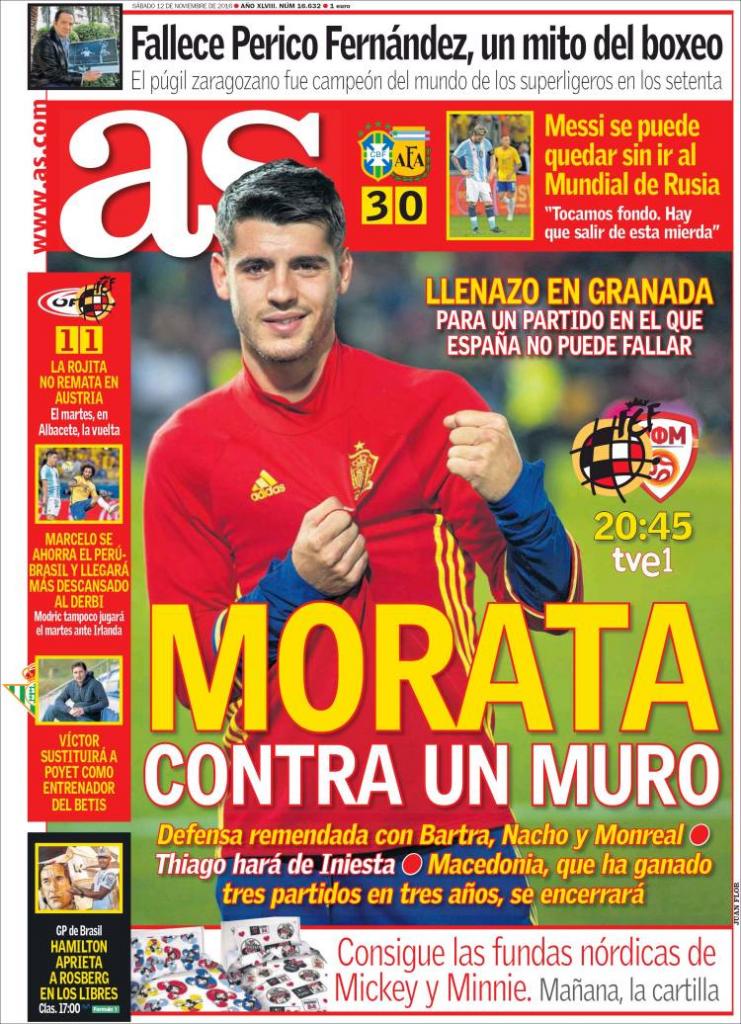 Morata against a wall

Defence patched up by Bartra, Nacho and Monreal

Macedonia, who have won three matches in three years, will sit deep

On Tuesday, in Albacete, the return leg

Neither will Modric play on Tuesday against Ireland 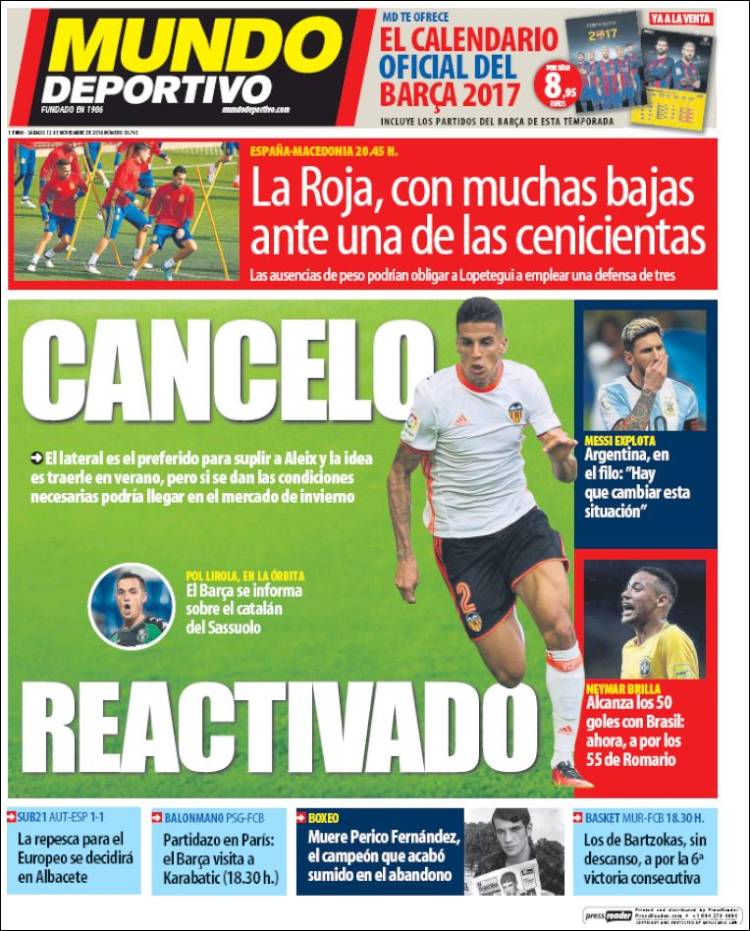 The full-back is the preferred choice to replace Aleix and the idea is to sign him in the summer, but if the necessary conditions are met then he could arrive in the winter

Barca have been informed about Sassuolo’s Catalan player

Argentina, on the edge: “We must change this situation”

The playoff for Euro 2017 will be decided in Albacete