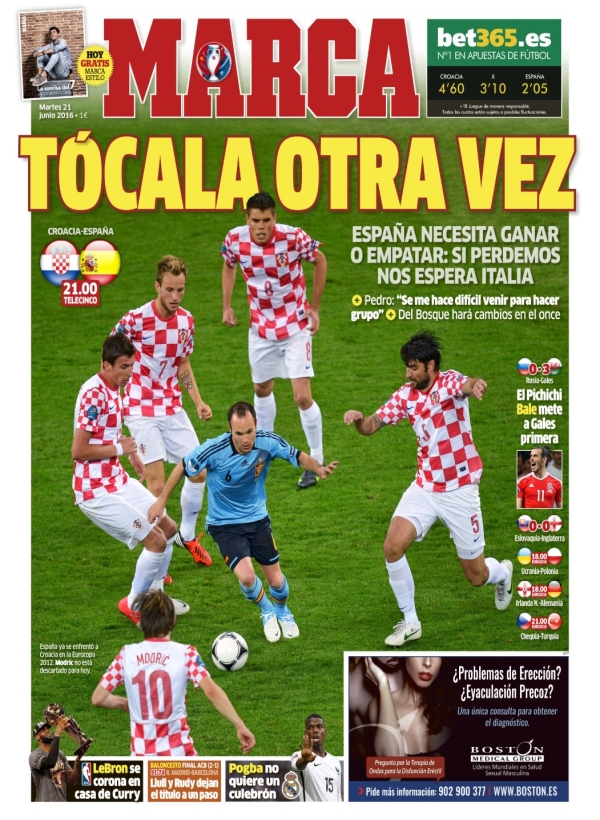 Spain need to win or draw: if we lose Italy await us

Pedro: “It makes it difficult to come here just to be part of the squad”

Del Bosque will make changes to his starting line-up

Modric is not ruled out today

Pogba does not want a soap opera 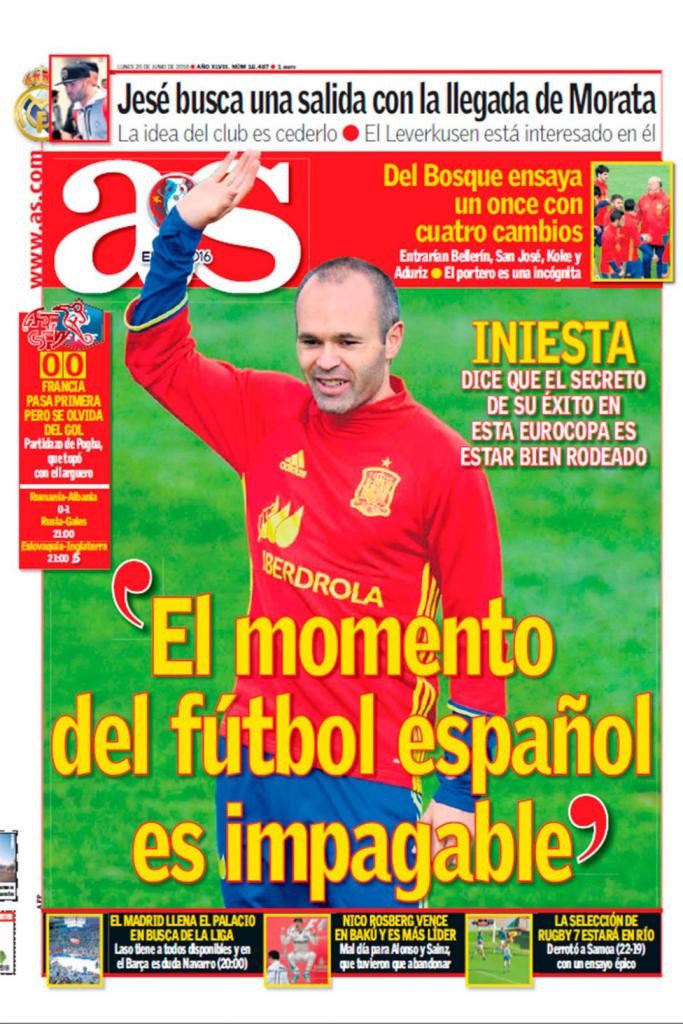 Spain play today to be head of the group 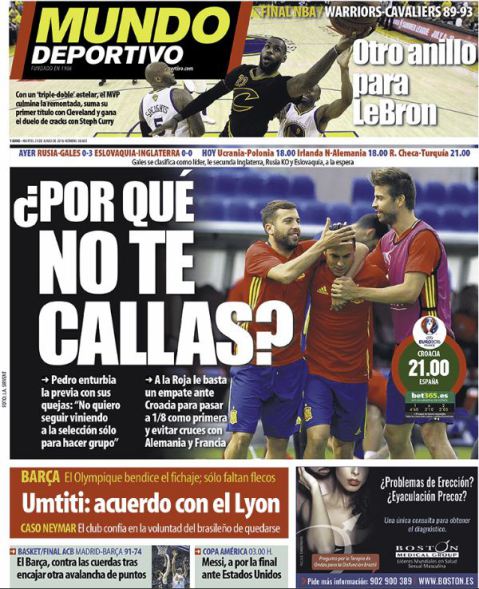 Why don’t you shut up?

Pedro spoils the pre-match preparations with his complaints

Barca: Olympique sanction the signing and only the small details remain

Neymar case: The club trust in the determination of the Brazilian to stay

Copa America: Messi playing against the United States for a place in the final