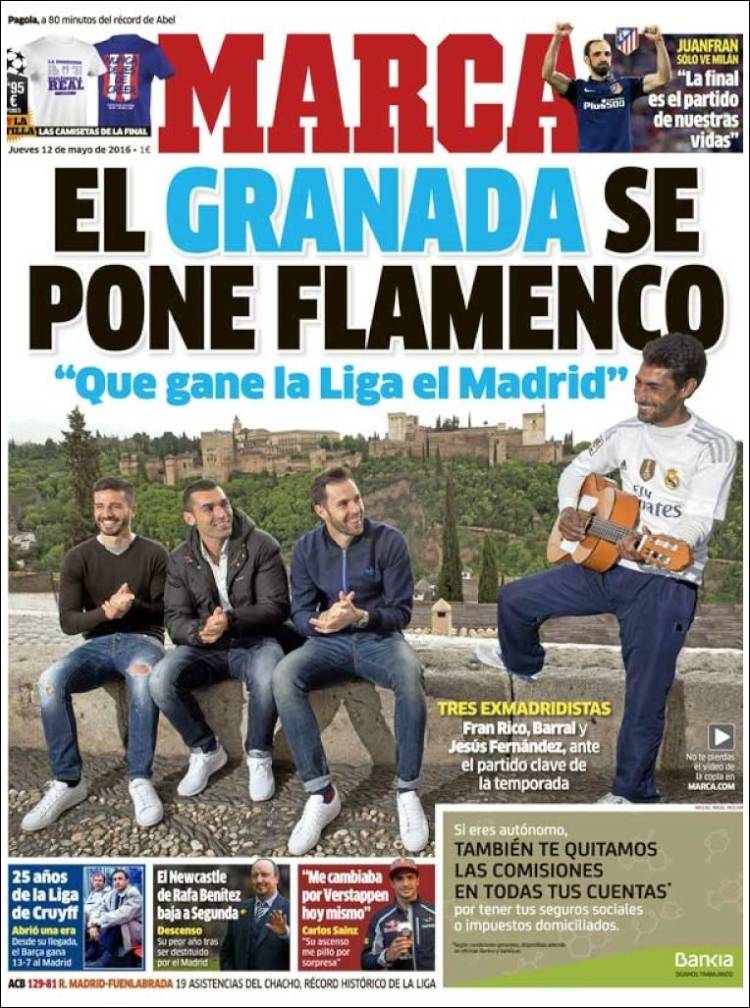 Granada put on the Flamenco

Fran Rico, Barral and Jesus Fernandez, ahead of the key match of the season

Juanfran only looking towards Milan: “The final is the game of our lives”

He opened an era

Since his arrival Barca are winning 13-7 against Madrid

Rafa Benitez’s Newcastle go down to the second division

Relegation: his worse year since being sacked by Madrid 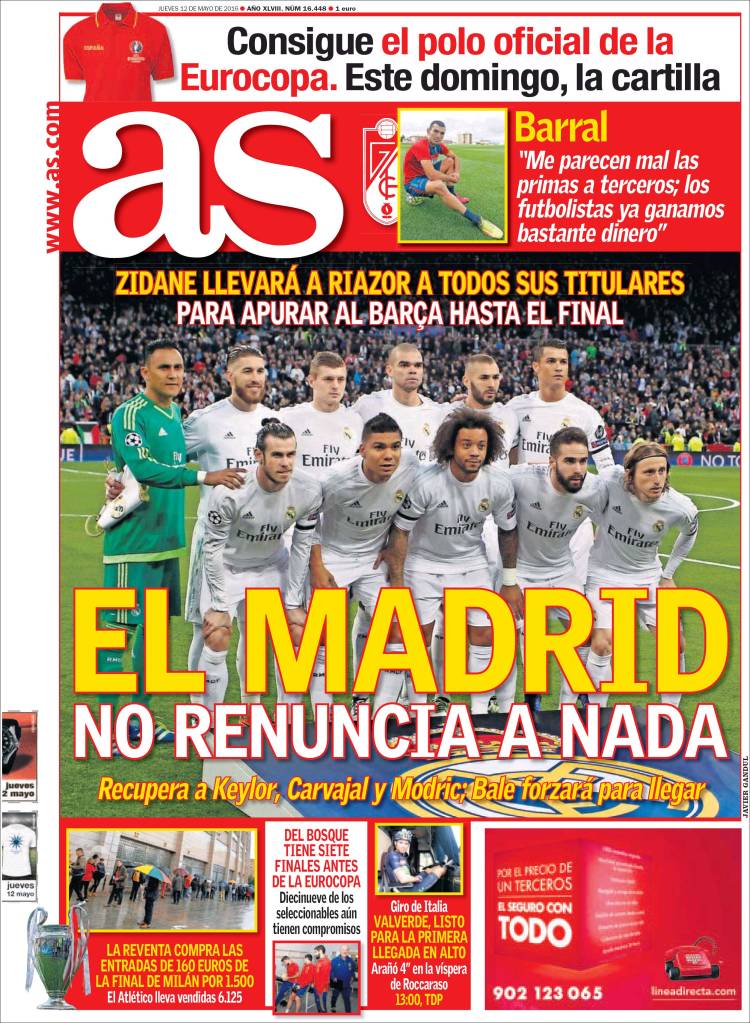 Madrid won’t give in to anything

Keylor, Modric and Carvajal are back: Bale will strive to be there

Del Bosque has seven finals before the Euros: 19 of the players due to be selected have commitments 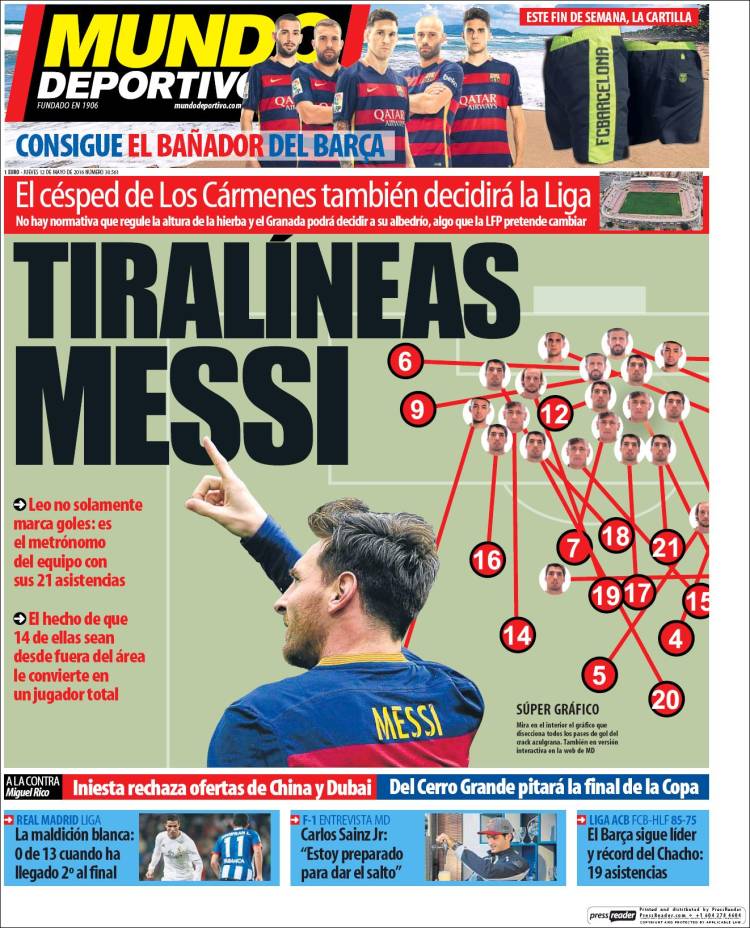 Leo doesn’t only score goals: he is the metronome of the team with 21 assists

The grass at Los Carmenes will also decide La Liga

There is no rule that regulates the height of the grass and Granada will be able to decide at their own discretion, something that the LFP hopes to change