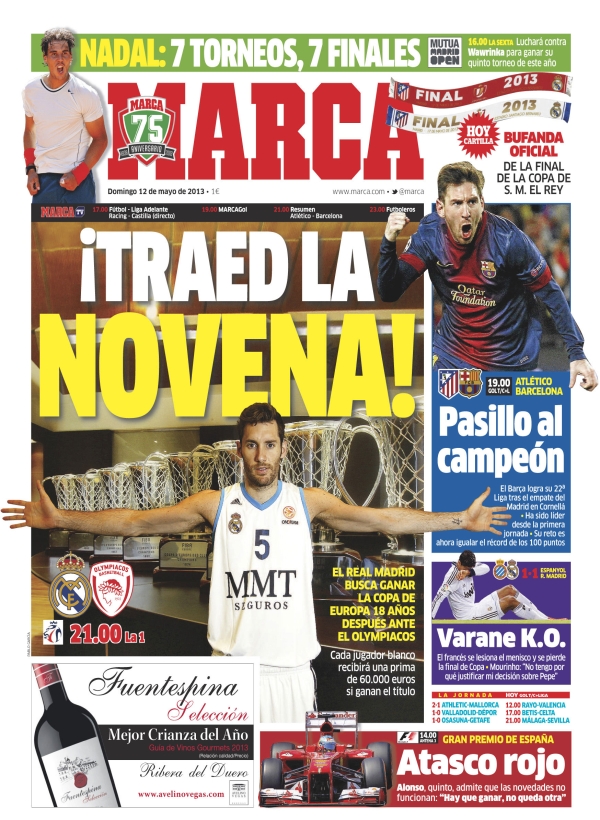 Madrid search for their first European Cup after 18 years against Olympiakos
Every Blanco player will recieve 60,000 eurs if they win the title
The way of Champions
Barca win their 22nd La Liga after Madrid's draw at the Cornelia
Barca have led the league since the first day
The challenge now is to achieve a record 100 points
Varane KO
The Frenchman has picked up a meniscus injury and will miss the final of the Copa Del Rey
Mourinho: "I do not have to justify my decision to play him over Pepe"
Spain Formula 1
Alonso, fifth, admits that the new features do not work
"We have to win, we cannot lose another"
Nadal: 7 tournaments, 7 finals 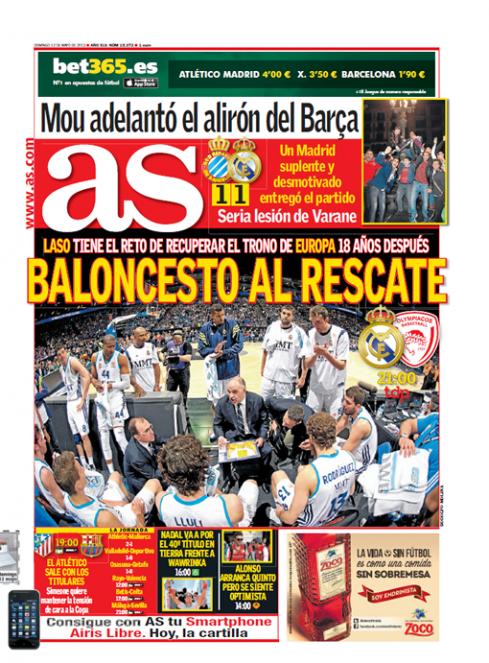 Basketball to the rescue 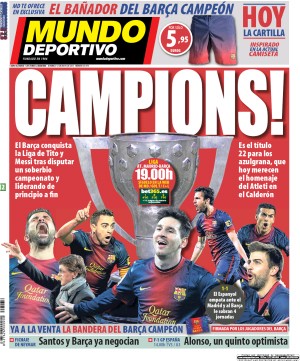 Barca win La Liga after a sober championship where they led from the start
It is the 22nd title for Los Azulgranas and today they will be given a homage by Atleti at the Calderon
1-1 Espanyol draw against Madrid and Barca claim the crown with four games to play
Neymar: Santos and Barca are negotiating
F1 Spain: Alonso, in fifth but optimistic