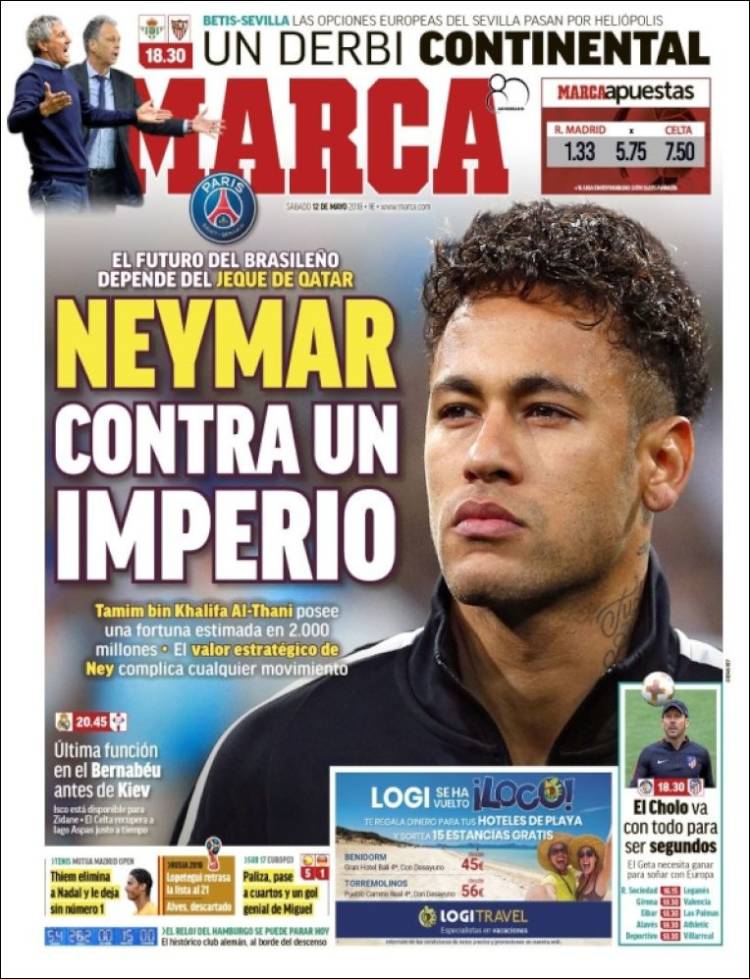 The Brazilian's future depends on the Amir of Qatar

Neymar against an empire

The strategic value of Ney complicates some movement

Last function at the Bernabeu before Kiev

Lopetegui moves his squad back to May 21

Thrashing, through to the quarters and a great goal from Miguel

The historic German club, on the verge of relegation

Cholo goes with everything to finish second 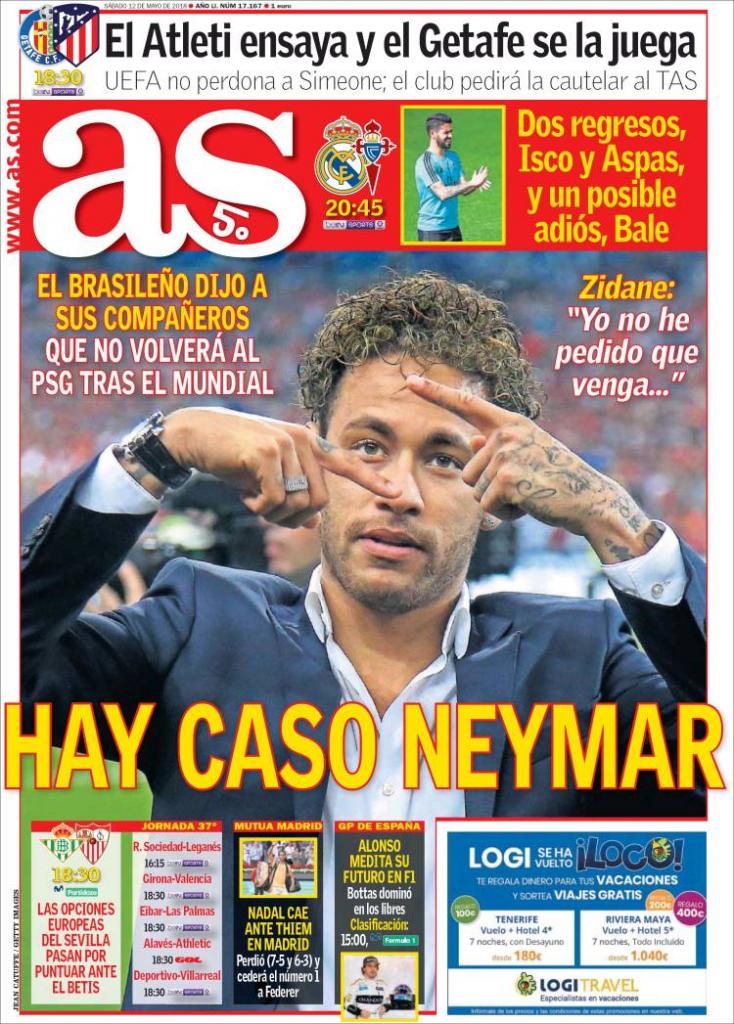 Atleti rehearse and Getafe go for it

UEFA do not forgive Simeone, the club ask CAS for an injunction

Two returns, Isco and Aspas, and a possible farewell, Bale

There is the Neymar case 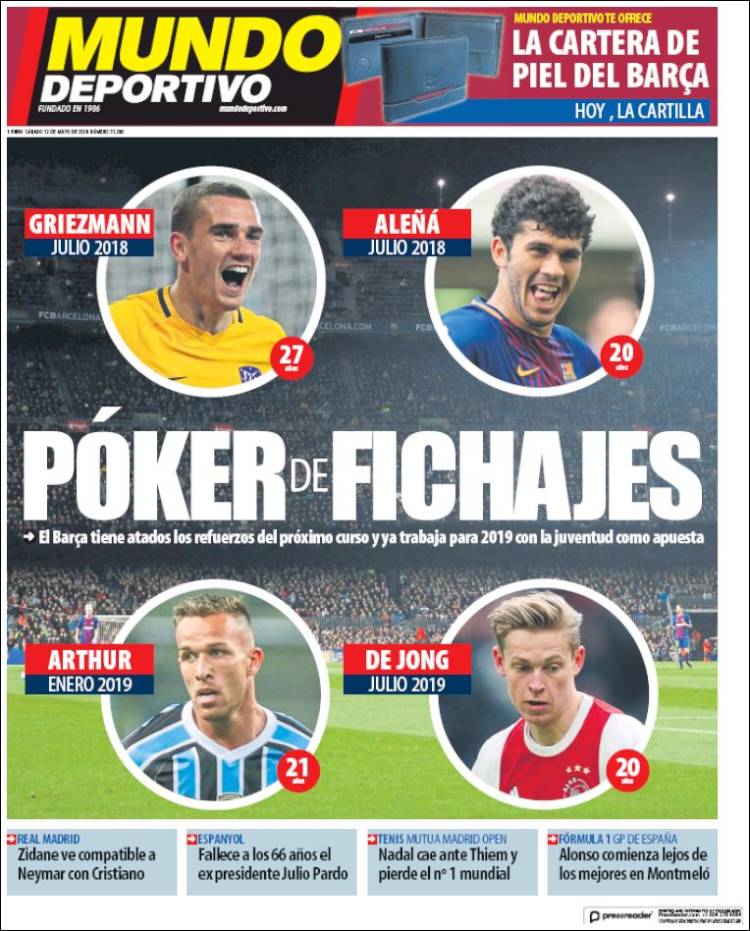 A quartet of signings