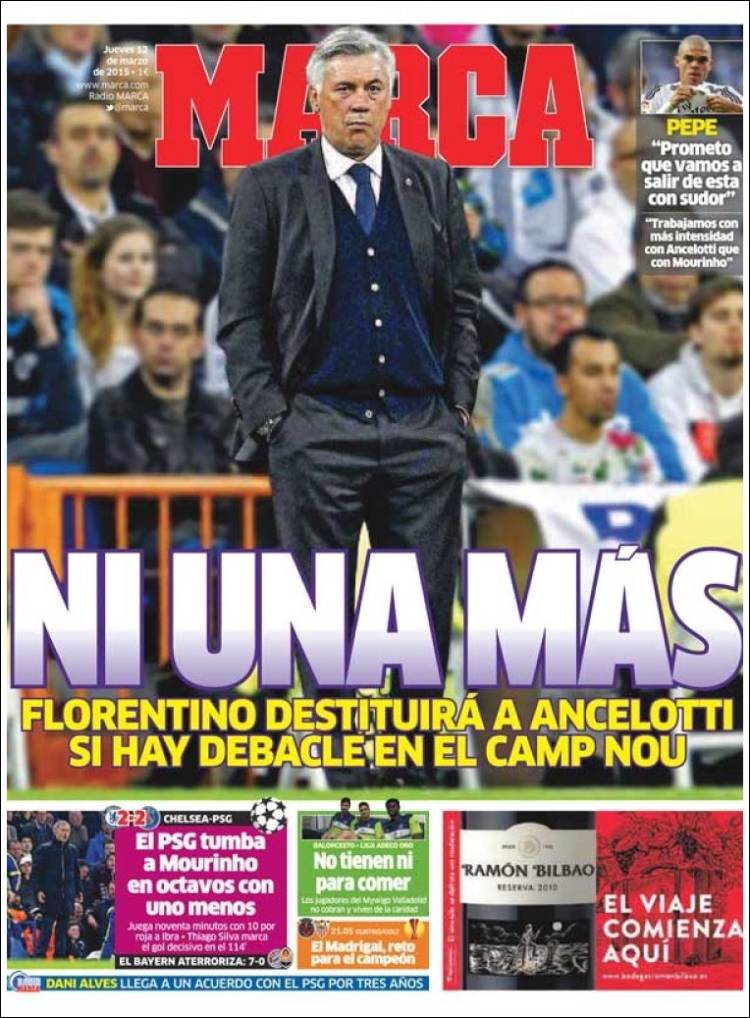 Pepe: “I promise we’ll get out of this with hard work”

“We work with more intensity under Ancelotti than with Mourinho”

PSG knock Mourinho out with one less

Thiago Silva scores the decisive goal in the 114th minute

El Madrigal, a challenge for the champions 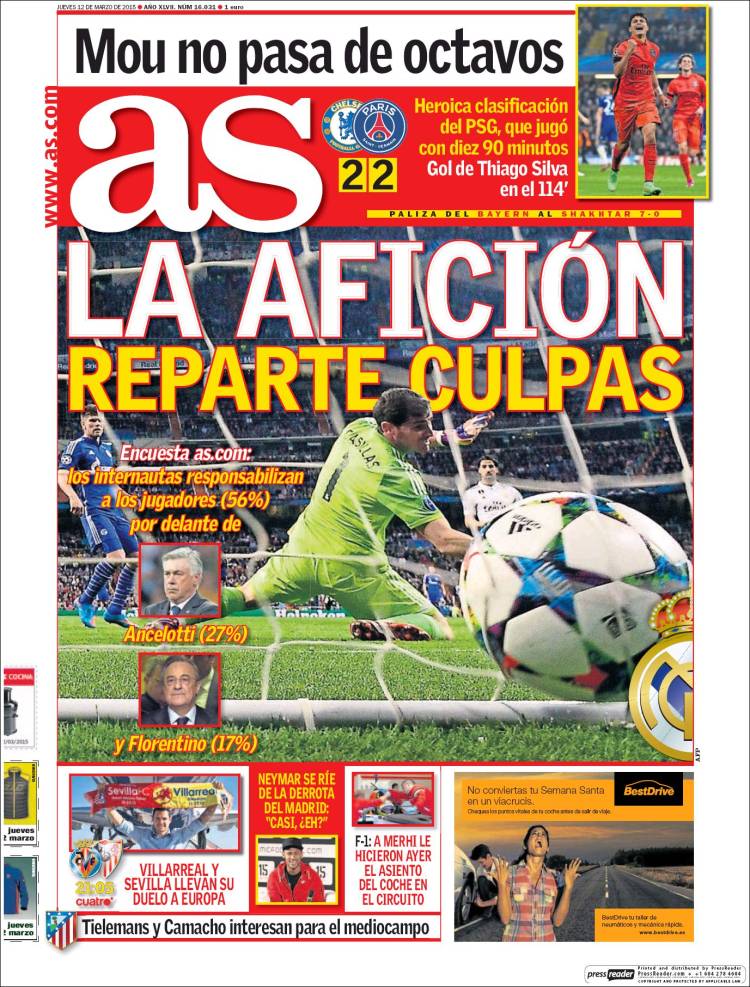 The fans apportion the blame

As.com poll: the internet users make the players (56 per cent) responsible ahead of Ancelotti (27 per cent) and Florentino (17 per cent)

Heroic qualification from PSG, who played with 10 for 90 minutes

Bayern give Shakhtar a beating: 7-0

Villarreal and Sevilla take their duel into Europe

Interest in Tielemans and Camacho for the midfield 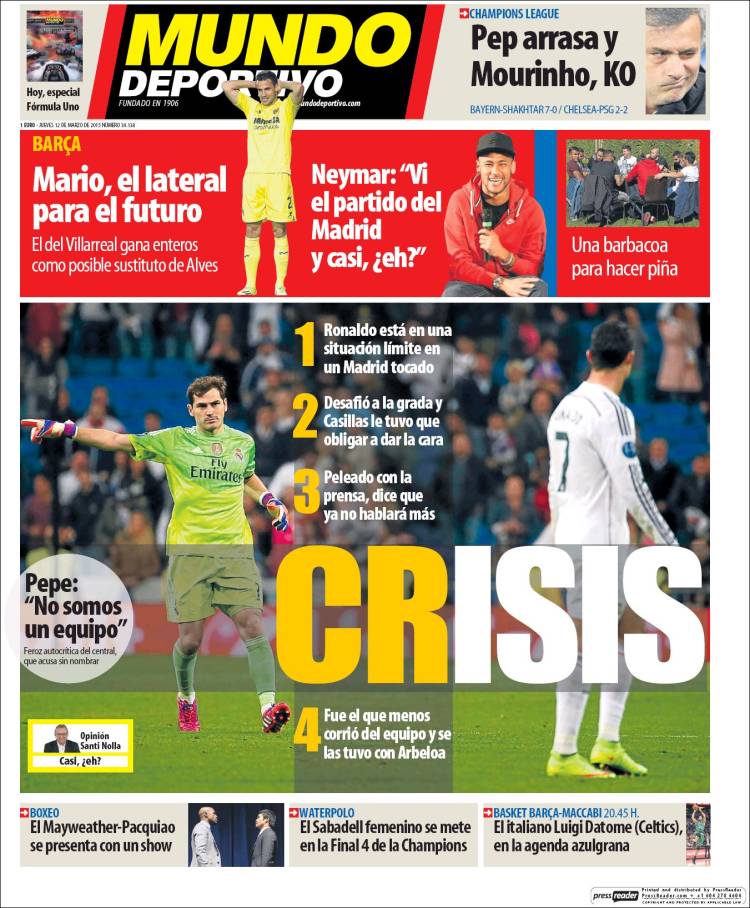 3 Fight with the Press. He says he won’t speak any longer

Pepe: “We are not a team”. Fierce self-criticism from the central defender, who accuses without naming names

Mario, the full-back for the future. The Villarreal player is backed as a possible replacement for Alves

Neymar: “I saw the Madrid match and it was nearly, eh?”

Pep demolishes and Mourinho is knocked out