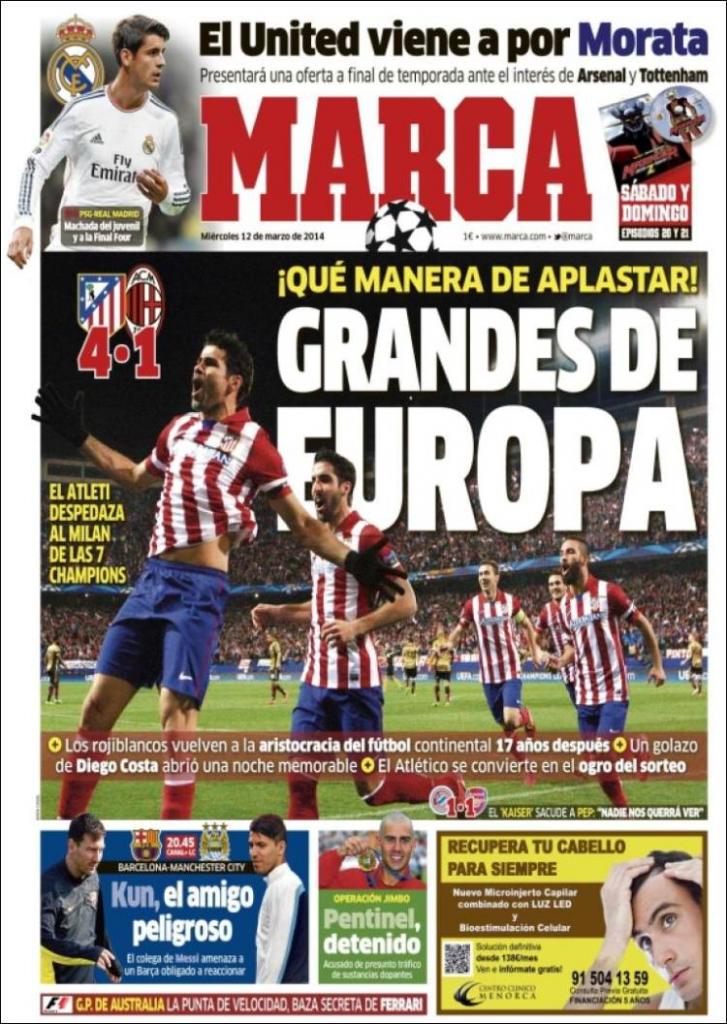 What a way to win

Los Rojiblancos return to the aristocracy of Europe 17 years later

A golazo from Diego Costa opened up the scoring

Altetico have become the ogre of the draw

United in for Morata

Messi's colleague threatens a Barca that need to respond 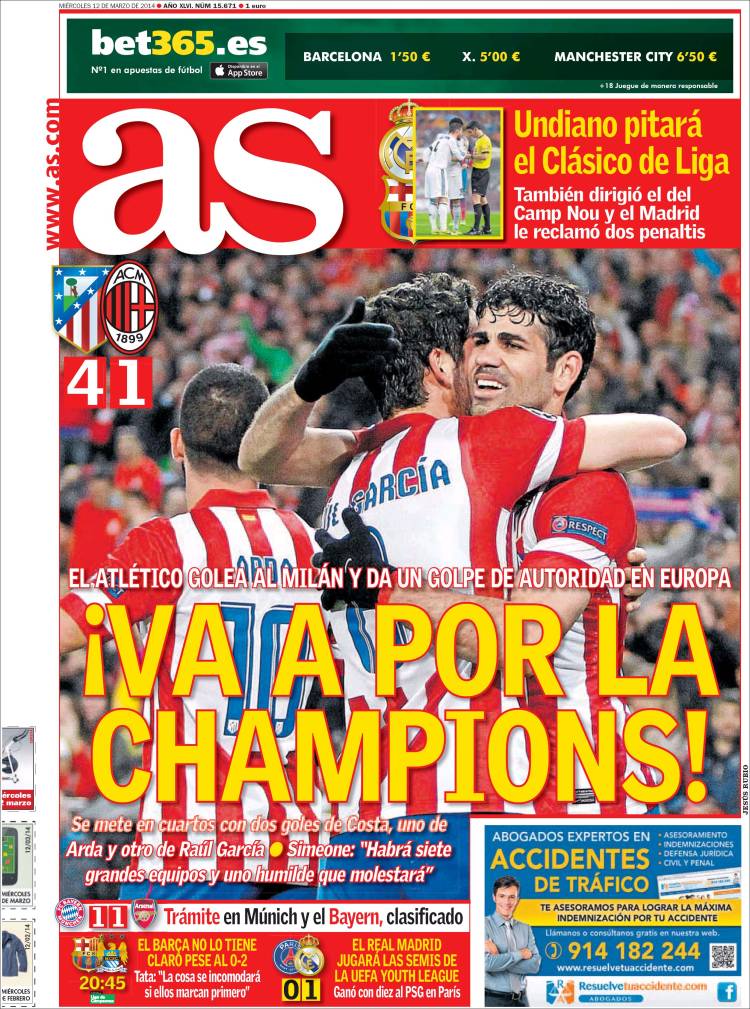 Going for the Champions

They progress thanks to Diego Costa who scored two goals, Arda got one and Raul Garcia got another

Simeone: "There will be seven great teams and one that will annoy everyone"

Undiano to referee the Clasico

Barca do not have it easy despite their two-goal advantage 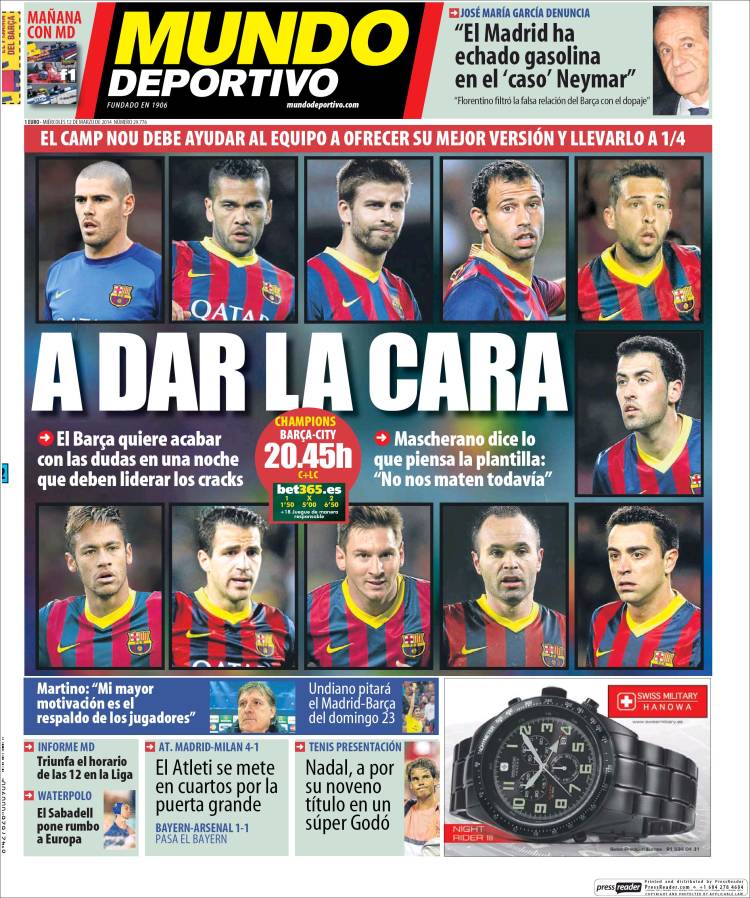 They need to show up

Mascherano says what the whole team is thinking: "They will not kill us"

Jose Maria Garcia; "Madrid have really gone all out for the Neymar case"

"Florentino is trying to link something false between Barca and doping"

Martino: "My greatest motivation are the players and to be there for them"

Undiano to referee the Clasico

Nadal going for his ninth title