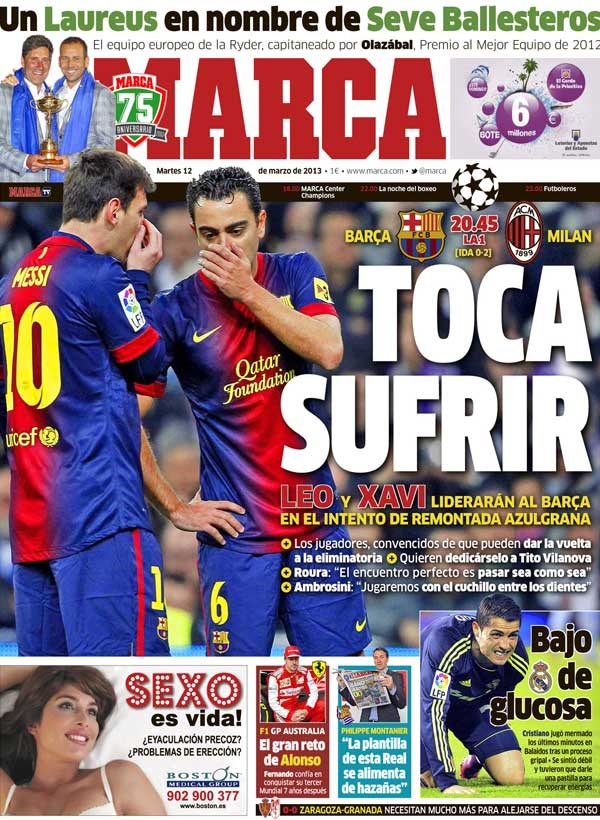 Leo and Xavi to lead Barca in their attempt to comeback

They want to dedicate their win to Tito Vilanova

Roura: "The perfect game would be progressing by whatever means"

Ambrosini: "We will play with grit between our teeth"

Philippe Montanier: "The team is ready to achieve" 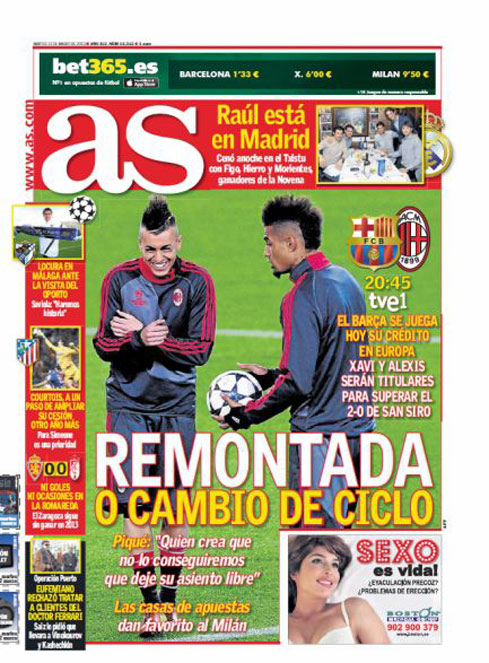 Comeback or a change of cycle

Pique: "Who believes that we will not comeback should not come"

The betting houses: Milan are favourites

Barca playing today to save their European dream

Raul is in Madrid

He had dinner last night at Txistu with Figo, Hierro, Morientes, winners of the ninth

Malaga goes crazy ahead of the visit of Porto

Courtois could stay another yeart

No goals and no chances between Granada and Zaragoza

Zaragoza still without a win in 2013 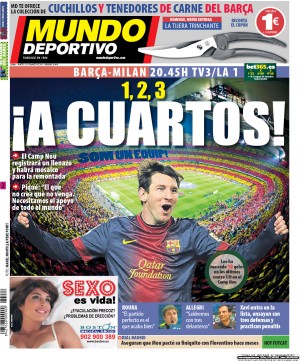 Pique: "He who does not believe should not come, we need the help of everybody"

Roura: "The perfect game is if we play well"

Allegri: "We will go out with three forwards"

Xavi in the team list, practise with three defenders and penalties

Real Madrid: Assure that Mou and Florentino have settled their difference for months