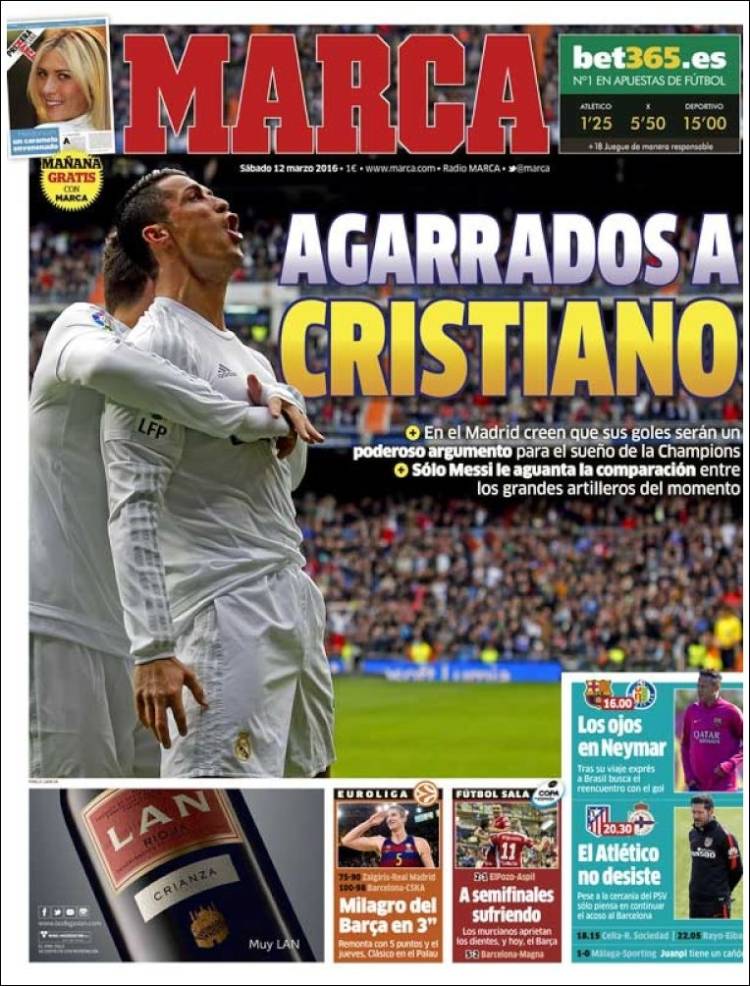 At Madrid, it’s believed his goals are a powerful argument for their Champions League dream

After his express trip to Brazil, he seeks a reunion with goals

Atletico do not give up

Despite the proximity of PSV, they are just thinking about continuing their harassment of Barcelona 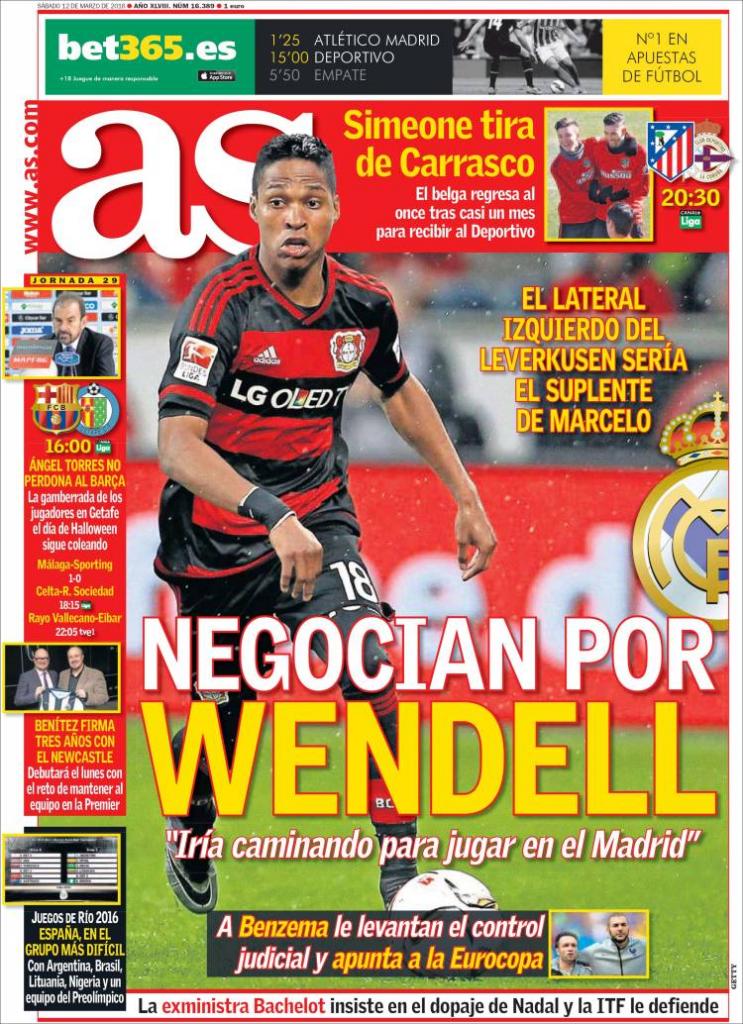 The Leverkusen left-back would be Marcelo’s substitute

“I would walk to Madrid to play for them”

Angel Torres does not forgive Barca

The players’ mischief at Getafe on Halloween lives on 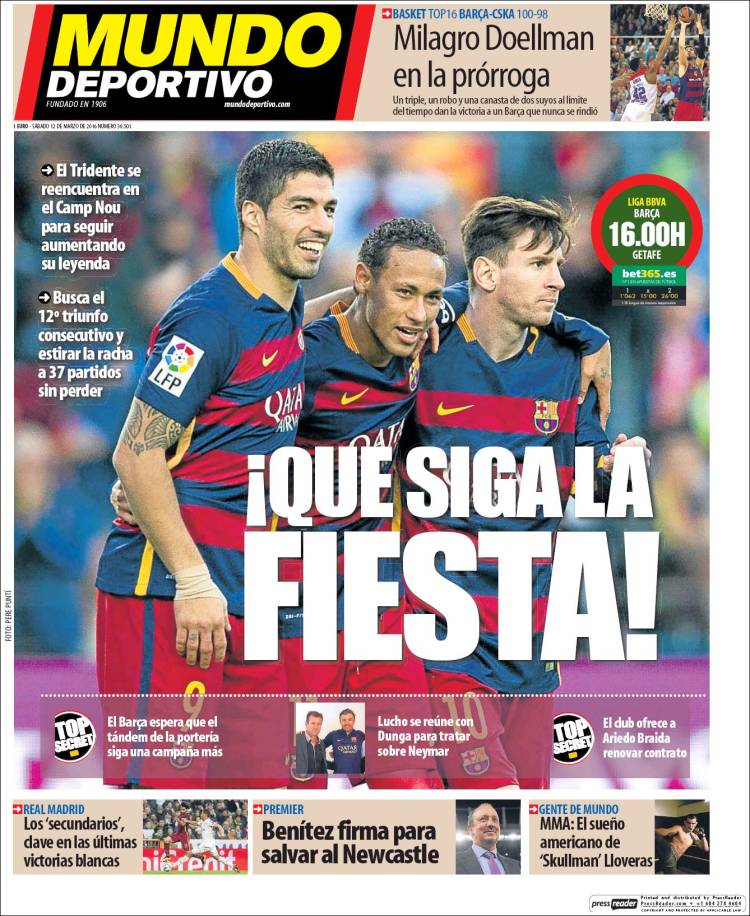 The trident are reunited at Camp Nou to further their legend

Barca search for their 12th straight win, which will stretch their unbeaten run to 37 games

Barca hope for another season of their goalkeeping rotation

Benitez signs to save Newcastle