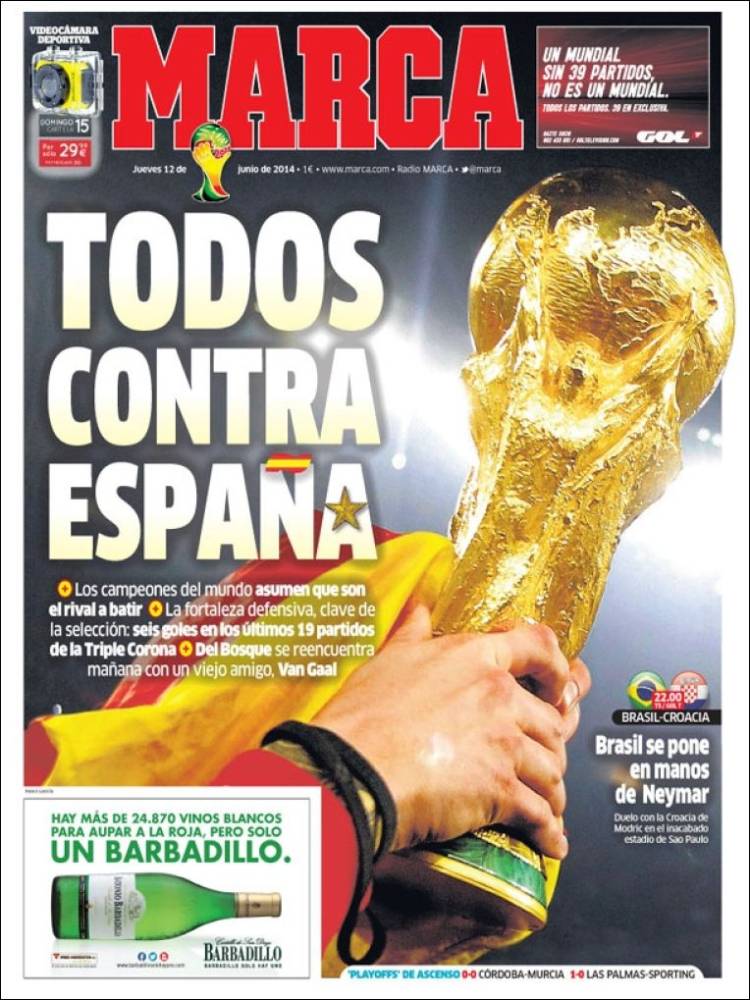 The champions are the team to beat

Defensive strength, key to the team, just six six goals conceded in the last 19 during the Triple Crown

Brazil placed in the hands of Neymar. A battle with Modric's Croatia in the unfinished stadium of Sao Paolo 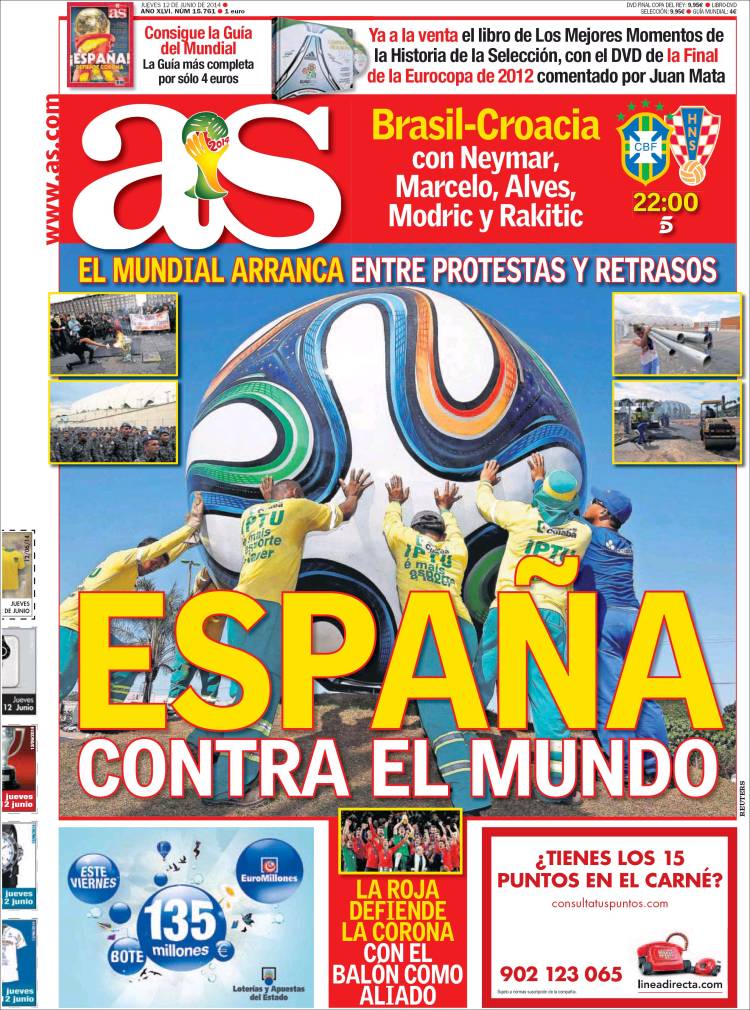 Spain against the World

The World Cup starts amid protests and delays

La Roja defend the crown with the ball as an ally 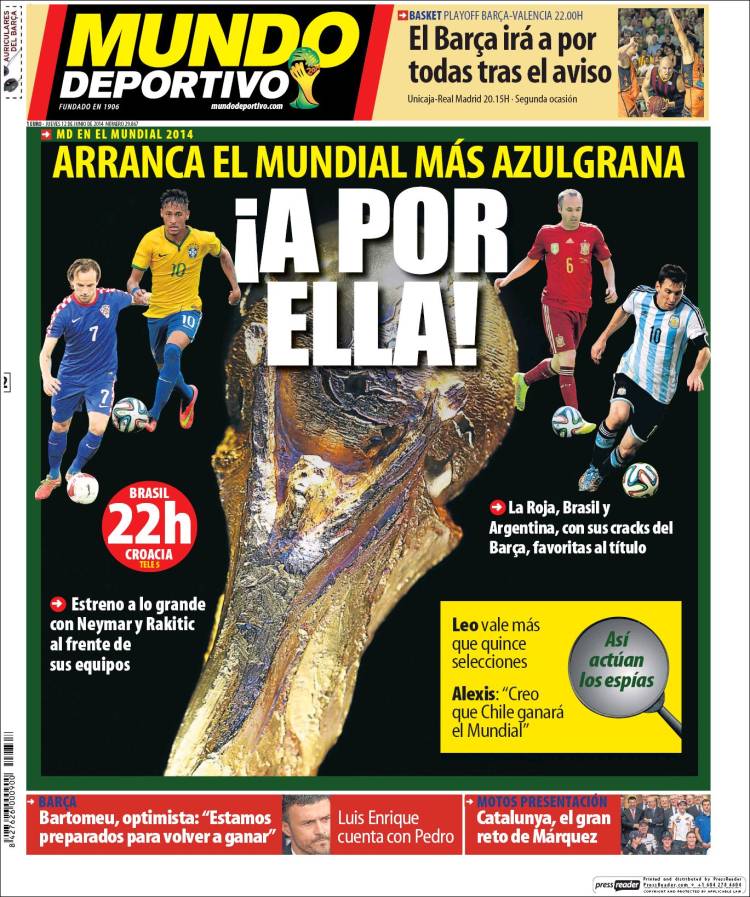 La Roja, Brazil and Argentina with their stars from Barca, favourites for the title

Leo is worth more than 15 teams

Alexis: I think Chile will win the World Cup

Bartomeu optimistic: We are prepared to return to winning ways

Luis Enrique has Pedro in his plans