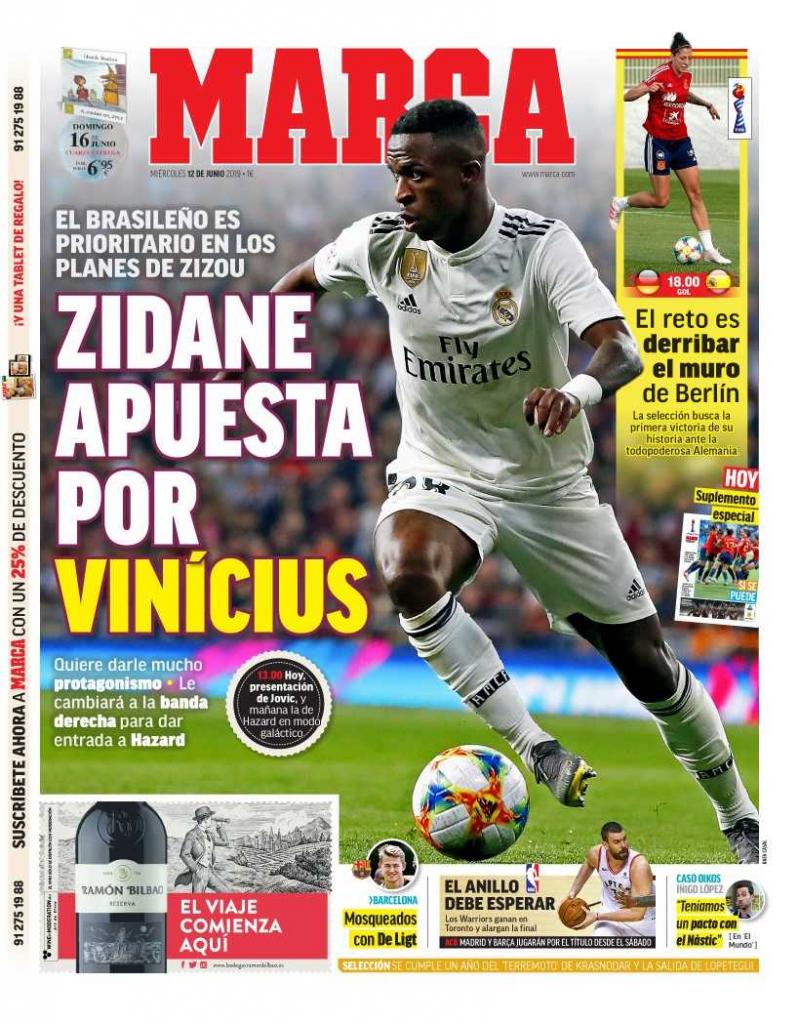 REAL MADRID: Zidane Gambles on Vinicius - The Brazilian forward is central to Zidane's plans for the 2019-20 season. He will play a key role from the right side  of the Real Madrid attack, with new signing Eden Hazard on the left.

SPAIN WOMEN: The Challenge to Knock Down the Berlin Wall - Spain's Women search for their first ever win against superpower Germany in the Women's World Cup. 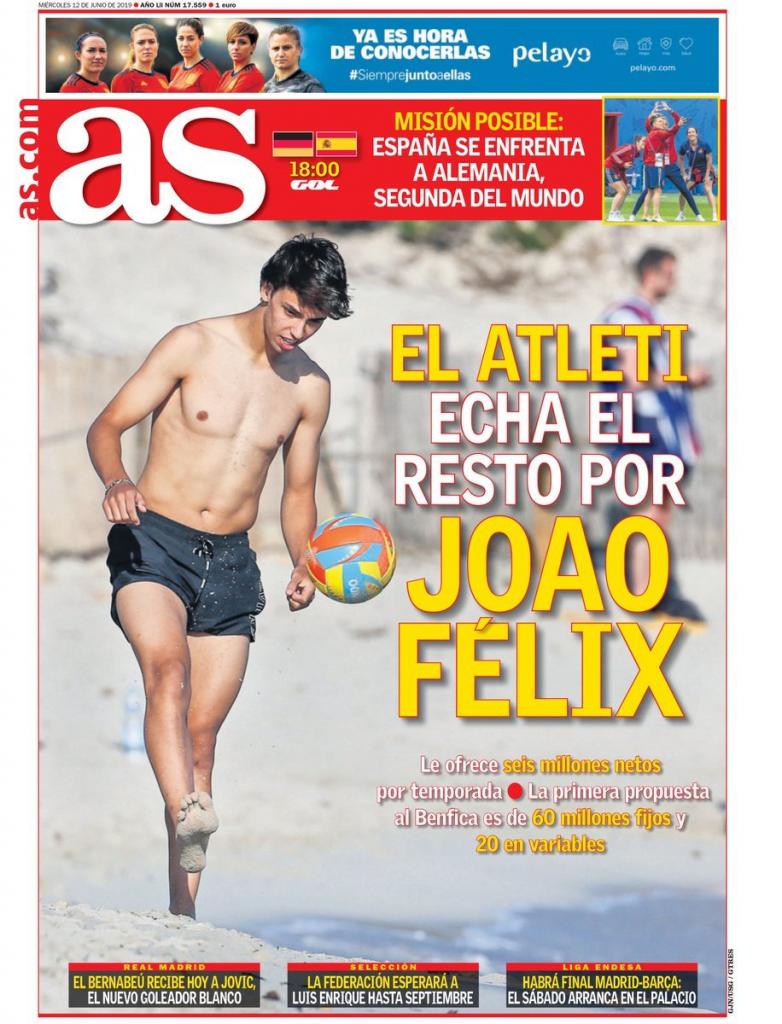 ATLETICO MADRID: Atletico go 'all out' for Joao Felix, they are set to offer a six year contract to the Portuguese international with a €60m bid to Benfica, plus €20m in add ons.

REAL MADRID: Los Blancos prepare to present Luka Jovic to their fans today, as the latest in a long line of goalscorers at the club.

SPAIN: The Spanish Women's side take on Germany in the second game of the World Cup, while the RFEF have confirmed they will wait until September to make  decision on the future of Luis Enrique, after his continued absence due to personal reasons. 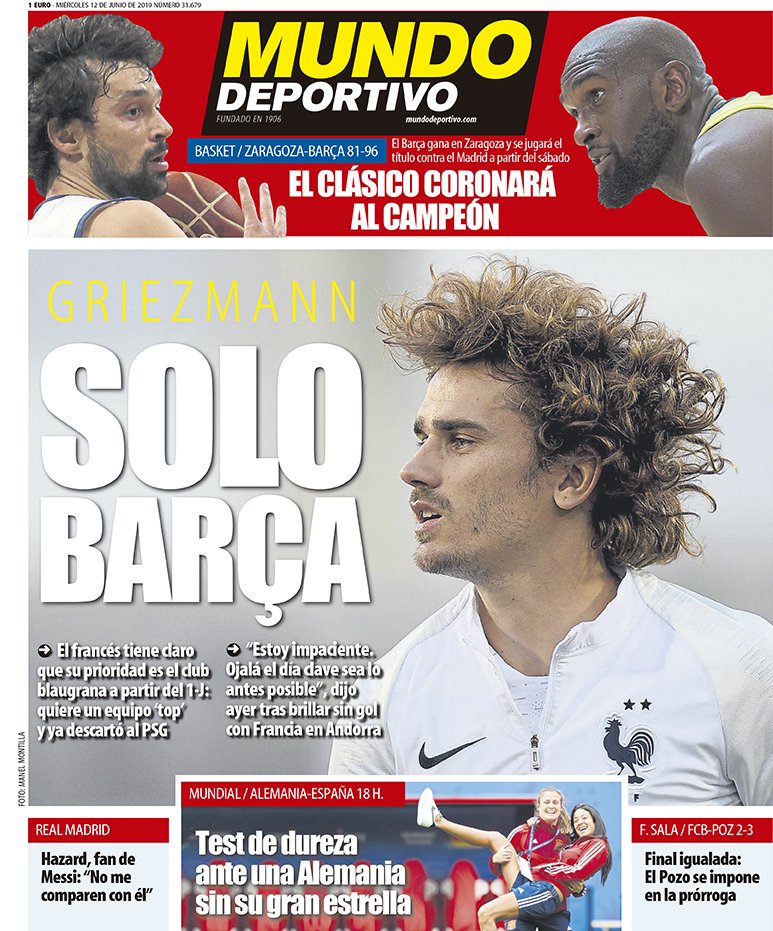 FC BARCELONA/ATLETICO MADRID: Griezmann - Only Barca: The French international is certain of a move to FC Barcelona, with a move set to be confirmed on July 1, with PSG removed from the race.

FC BARCELONA/ATLETICO MADRID: "I cannot wait for the day when the move is confirmed", the Ateltico Madrid striker confirmed after a starring role in France's win over Andorra.

SPAIN: Spain face Germany in the Women's World Cup without, key star Dzenifer Marozsan for the German side.

REAL MADRID: News signing Eden Hazard not to be be compared to 'incomparable' Lionel Messi.