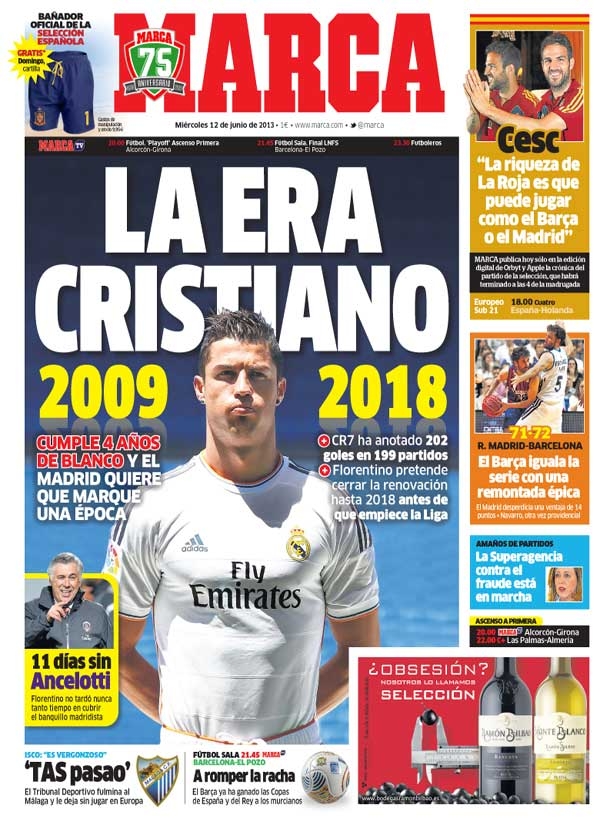 The era of Cristiano

11 days with Ancelotti: Florentino is never so late in getting someone on the Madrid bench

Cesc: "The risk is that La Roja can play like Barcelona or Real Madrid"

Barca equal the series with a great comeback

Madrid lost a 14-point advantage and Navarro, again, was a star

The Superagency going against fraud is on the march

Isco: "It is a great shame"

To break the streak: Barca have already won the Spanish Cups and the King's Cup 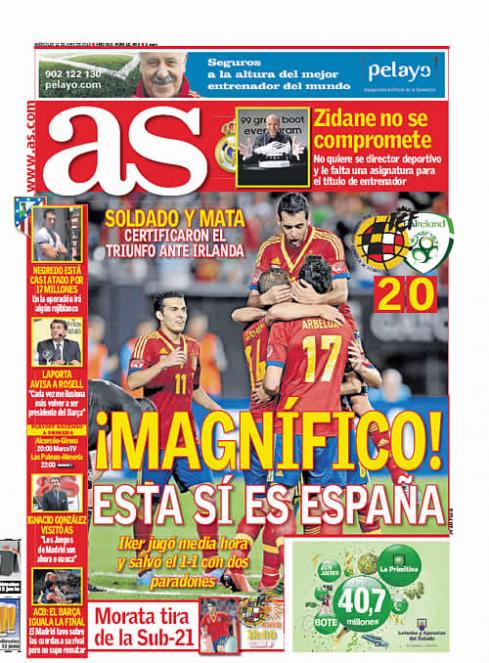 Magnificent: This is Spain

Soldado and Mata lead Spain to victory against Ireland

Zidane does not compromise

Negredo is priced at almost 17€ million

The operation to make him become a Rojiblanco

"Every day my dream to return to be Barca president grows"

"The games of Madrid are now or never"

Madrid had the better of their rivals over the quarters 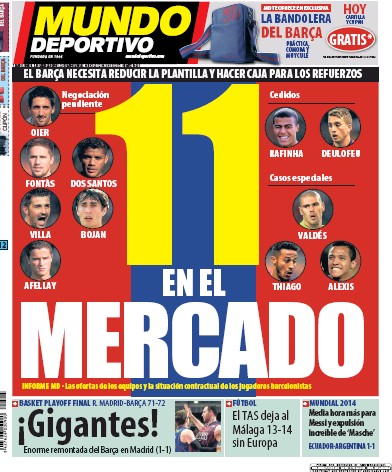 To leave: Rafinha and Deulofeu

Barca needs to reduce their squad to bring in reinforcements

An amazing come back from Barca against Real Madrid