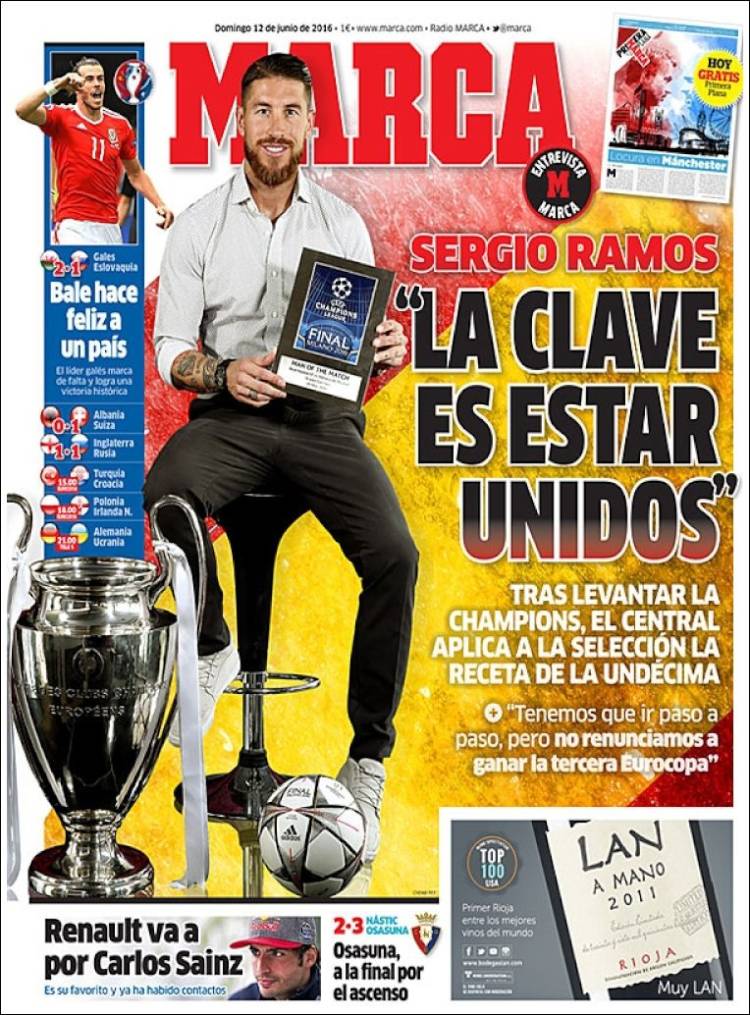 “The key is being united”

After lifting the Champions League, the centre-back applies the recipe of La Undecima to the national team

“We have to go step by step, but we won’t leave anything behind for a third European Championship”

Osasuna, to the playoff final 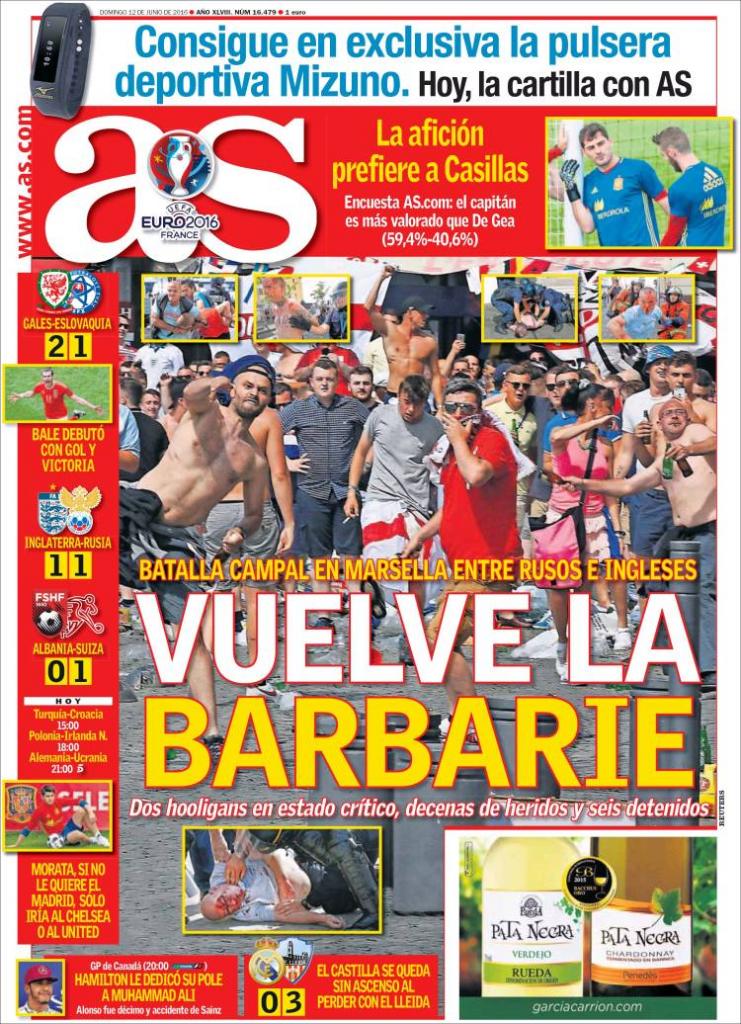 Battle Royale in Marseille between Russians and English

Bale debuts with a goal and victory

Morata, if Madrid do not want him, he would only go to Chelsea or United

Castilla remain without promotion after losing to Lleida 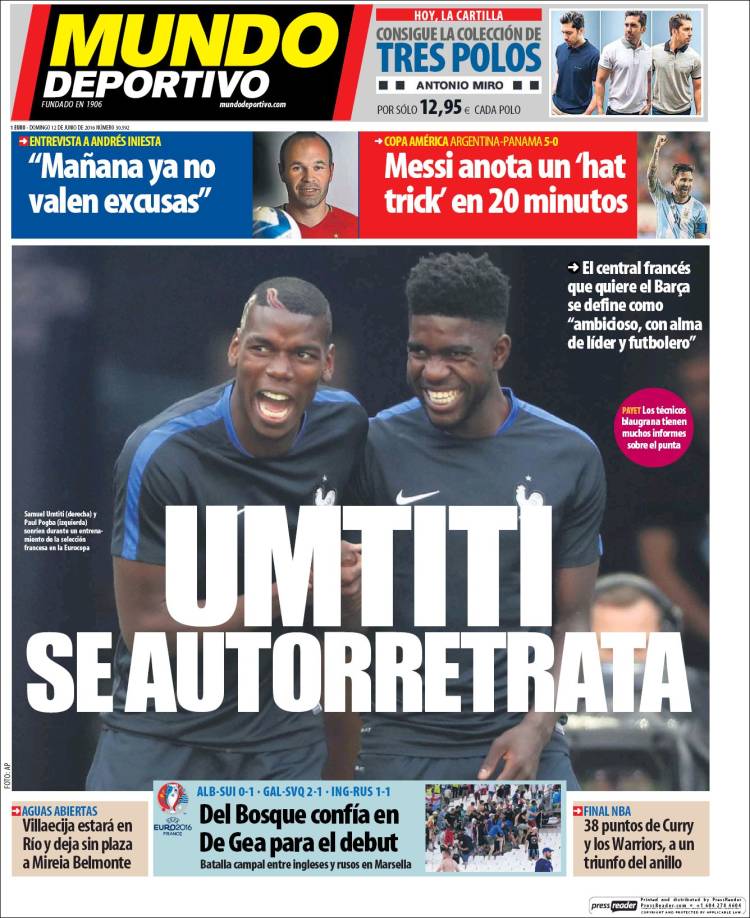 The French centre-back, who is wanted by Barca, defines himself as “ambitious, with the soul of a leader and a footballer”

Payet, La Blaugrana’s technical staff have made many reports on the attacker

“Tomorrow, excuses will be no longer valid”

Battle Royale between English and Russians in Marseille