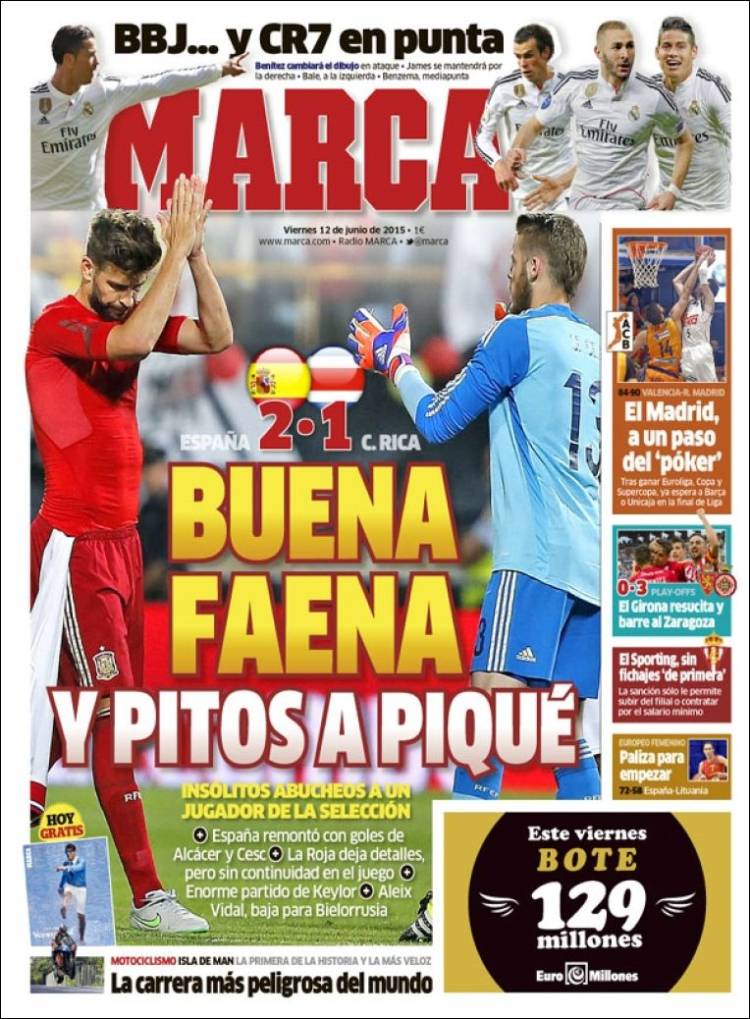 Job done... and boos for Pique

Spain came back from behind with goals from Alcacer and Cesc

La Roja missed some details but lacked continuity in their game

Girona resurrected as they sweep aside Zaragoza 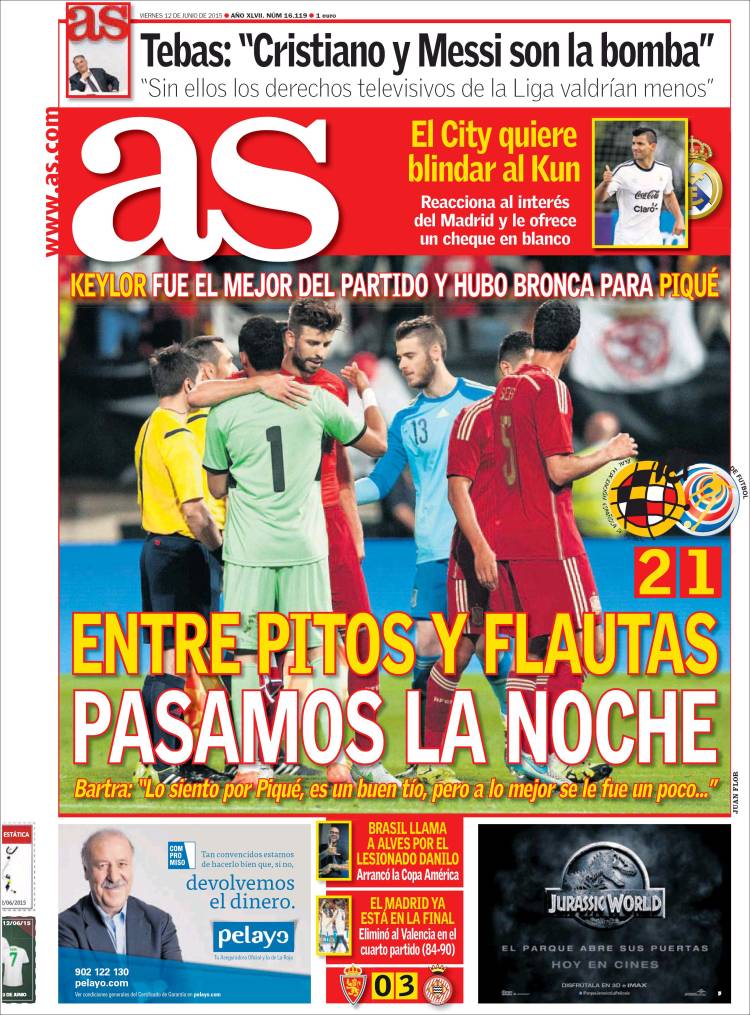 A night hampered by boos and whistles

Bartra: Sorry for Pique, he’s a good guy but maybe went a little too far

Tebas: Ronaldo and Messi are amazing

Brazil call up Alves for the injured Danilo 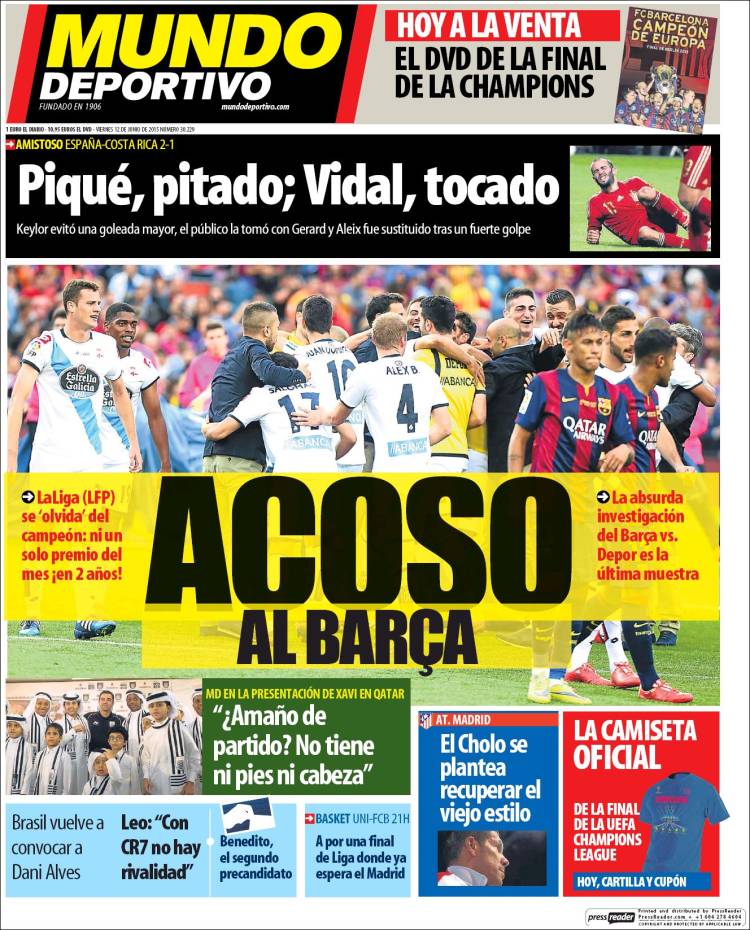 The LFP ignore the champions: not a single individual award for two years!

The absurd investigation of Barca vs Depor is the last straw

Keylor denies a greater scoreline, the fans took issue with Gerard and Aleix was replaced after he took a blow

Xavi: Match-fixing investigation? No rhyme or reason for it

Leo: With CR7 there’s no rivalry