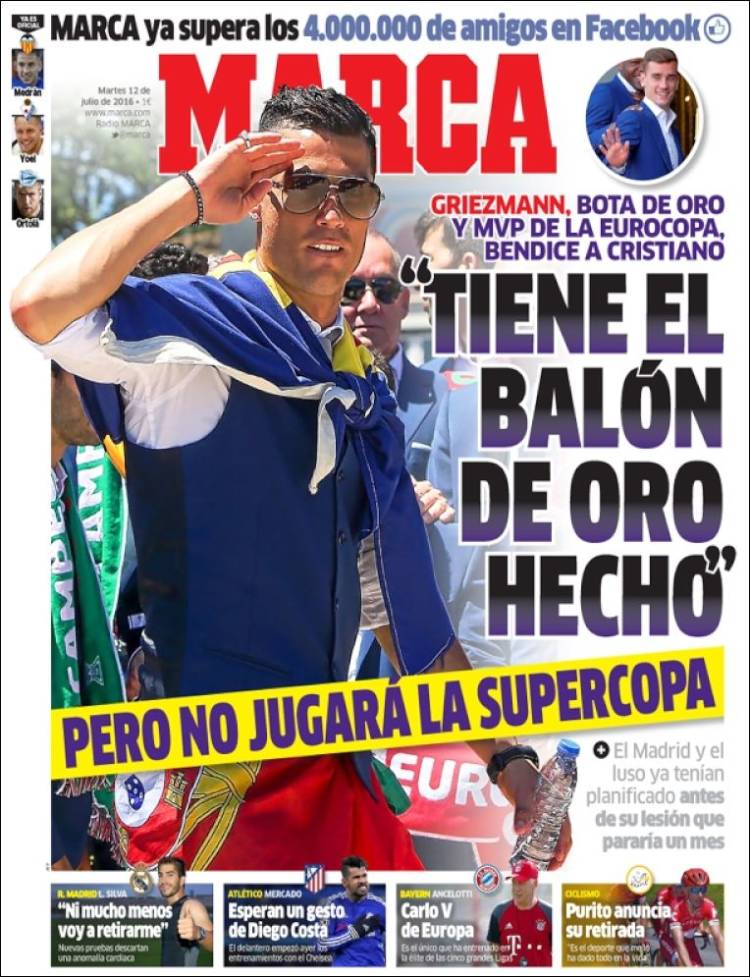 “The Ballon d’Or is taken”

But he won’t play the Super Cup

“I’m not going to retire at all”

Waiting for a Diego Costa gesture 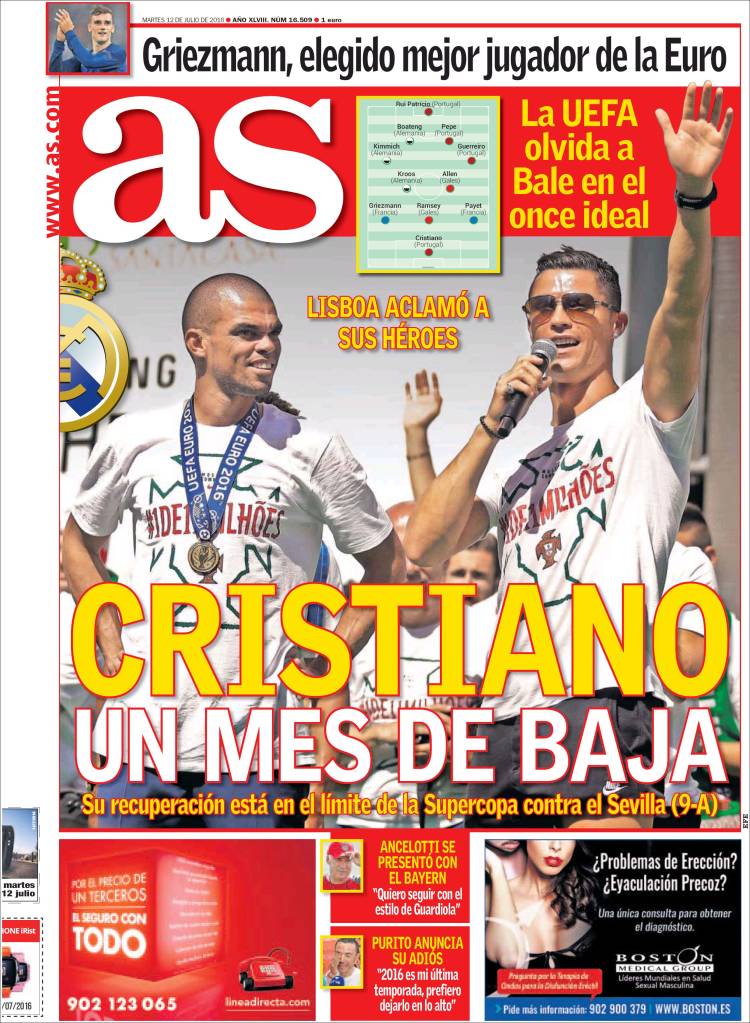 Griezmann, chosen the best player at the Euros

“I want to continue with the style of Guardiola” 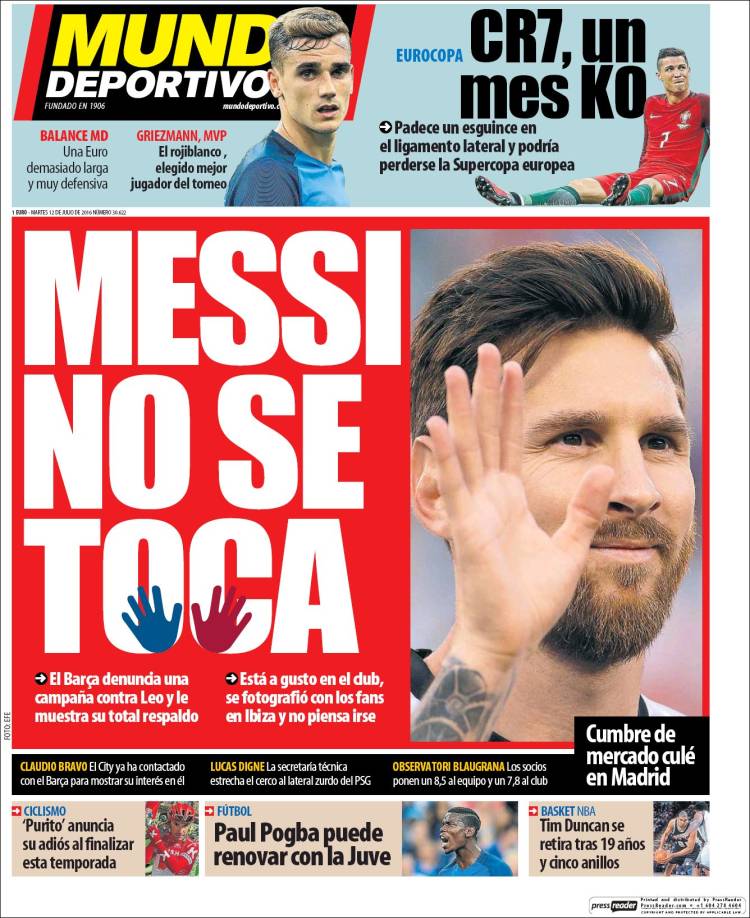 The Rojiblanco, chosen as the best player in the tournament

Don’t mess with him

Barca denounce the campaign against Leo and shows their total support

He is comfortable at the club, was pictured with fans in Ibiza and doesn’t plan to leave

City have already contacted Barca to show their interest in him

The technical secretary closes the fence on the PSG left-back

Paul Pogba can renew with Juve