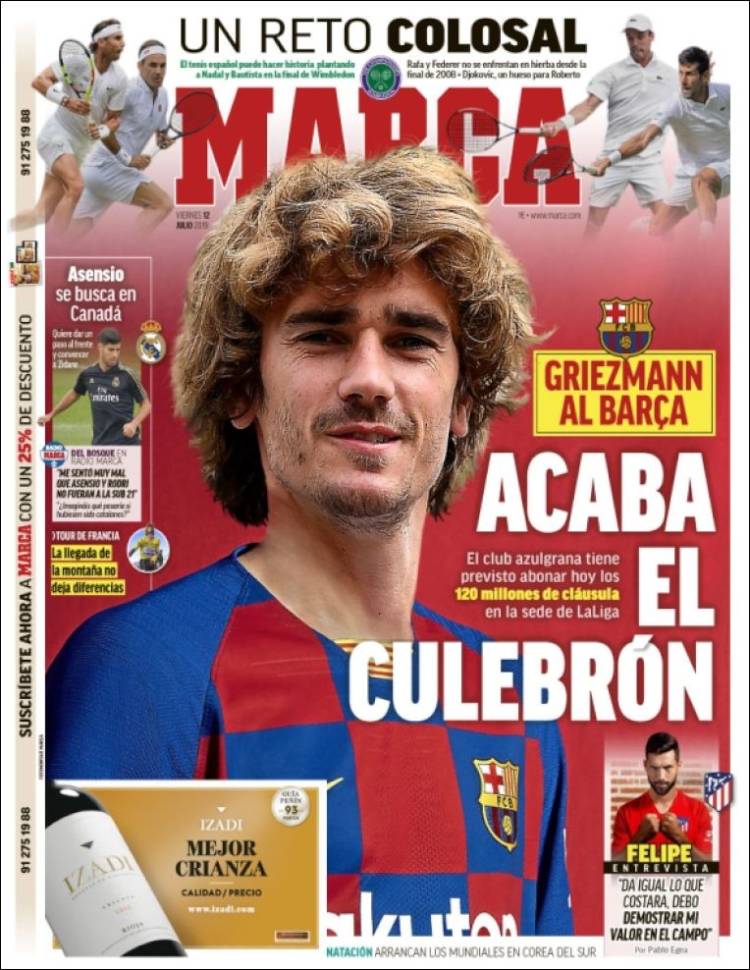 Asensio is wanted in Canada 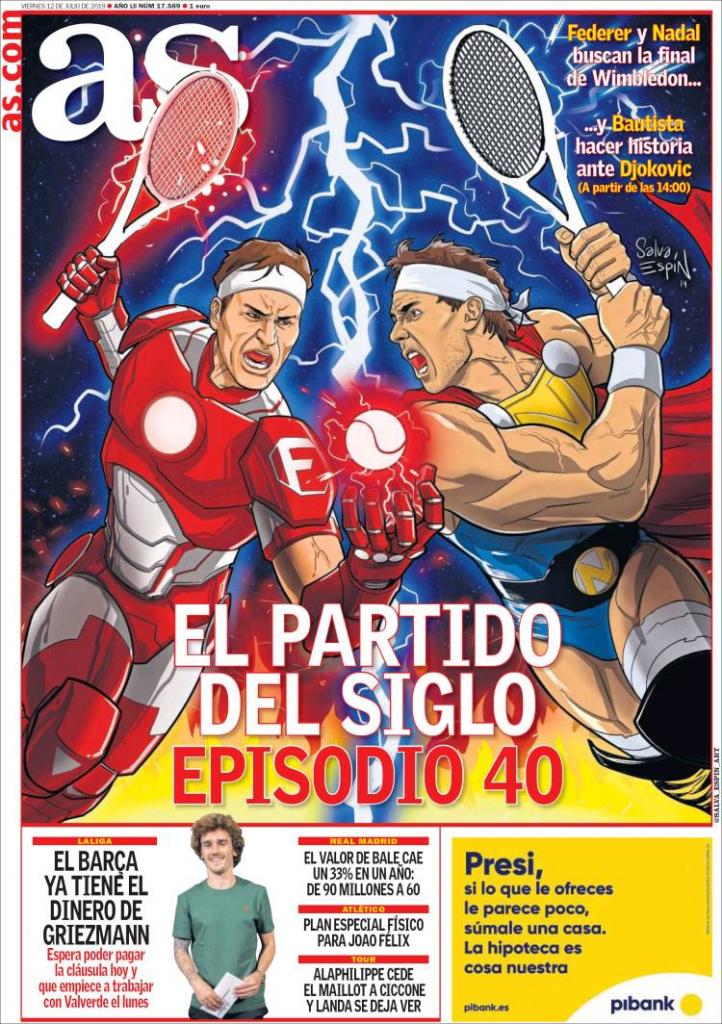 The match of the century, episode 40

Barca already have the Griezmann money - will pay the clause today 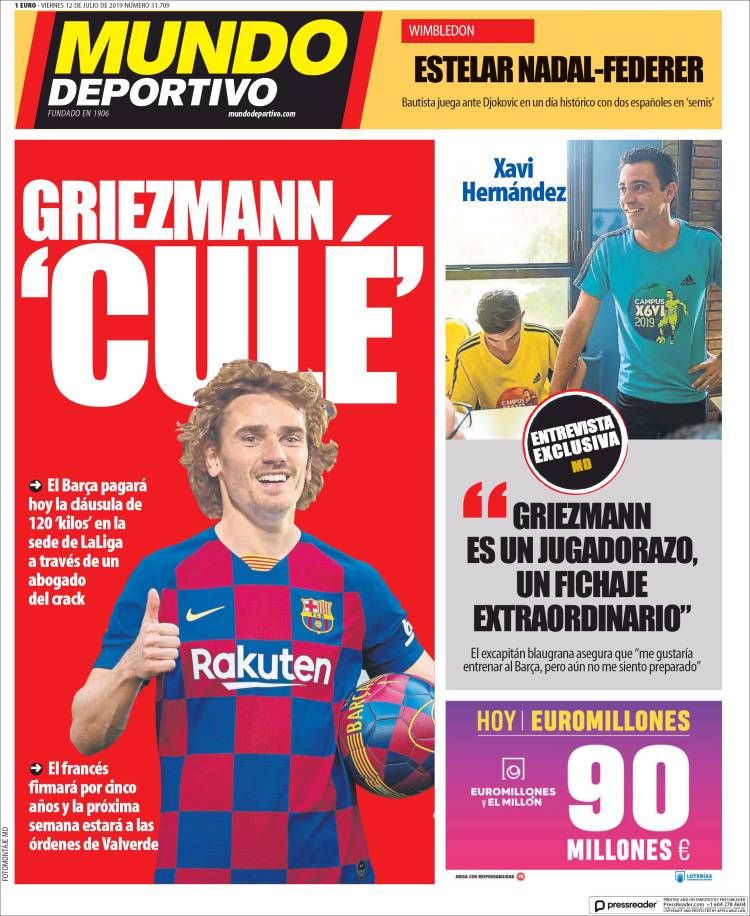 Barca to pay the forward's 120m clause today, to sign for five seasons and be in training next week

Xavi: Griezmann is a great player, an extraordinary signing