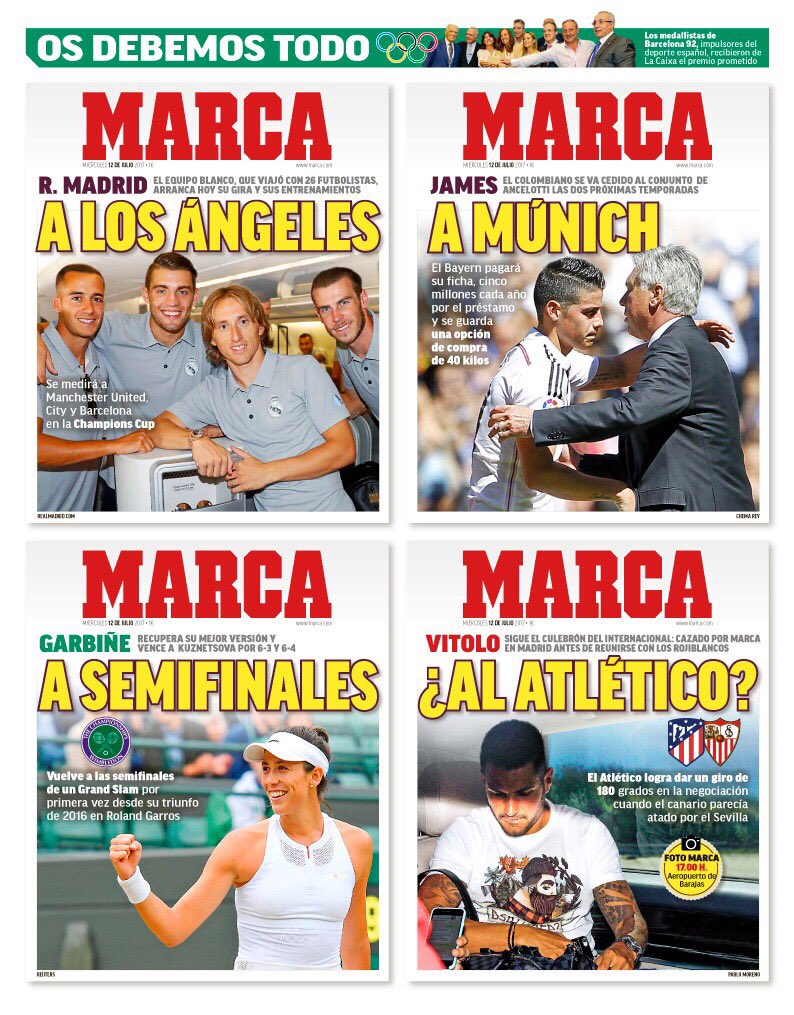 Real Madrid to Los Angles, James to Munich, Garbine to the semi finals, Vitolo to Atletico?

James to Bayern for two-year loan deal of 10m, followed by 40m option to buy 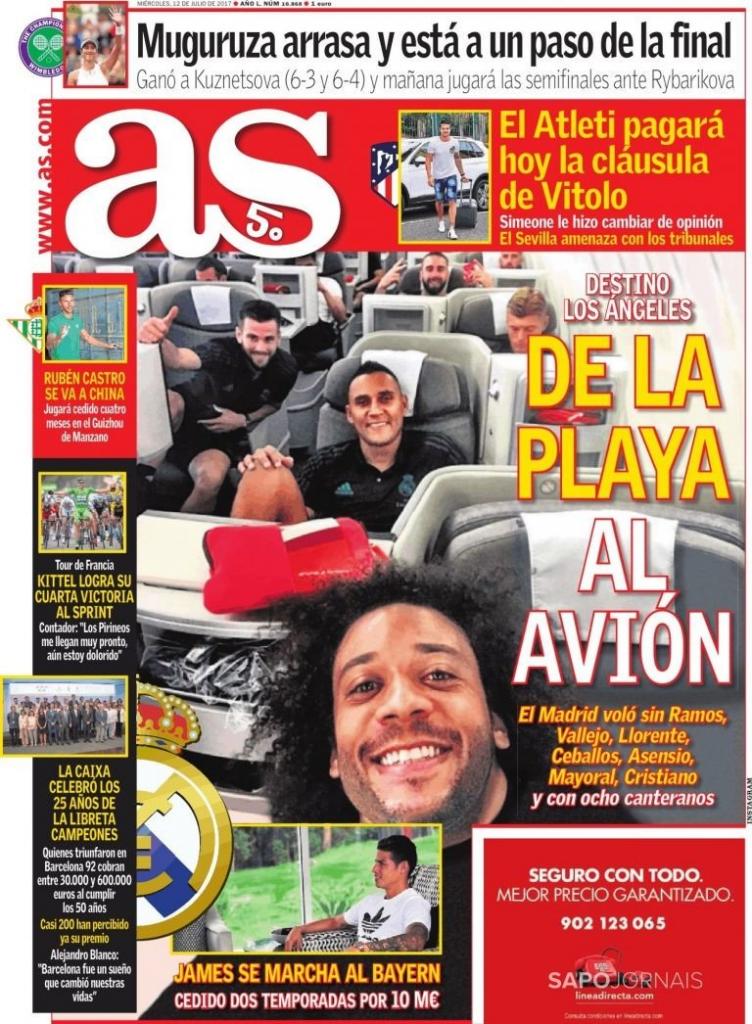 From the beach to the plane

Atleti to pay Vitolo's clause - Simeone made him change his mind, Sevilla start with tribunals

Ruben Castro goes to China - to play for Guizhou 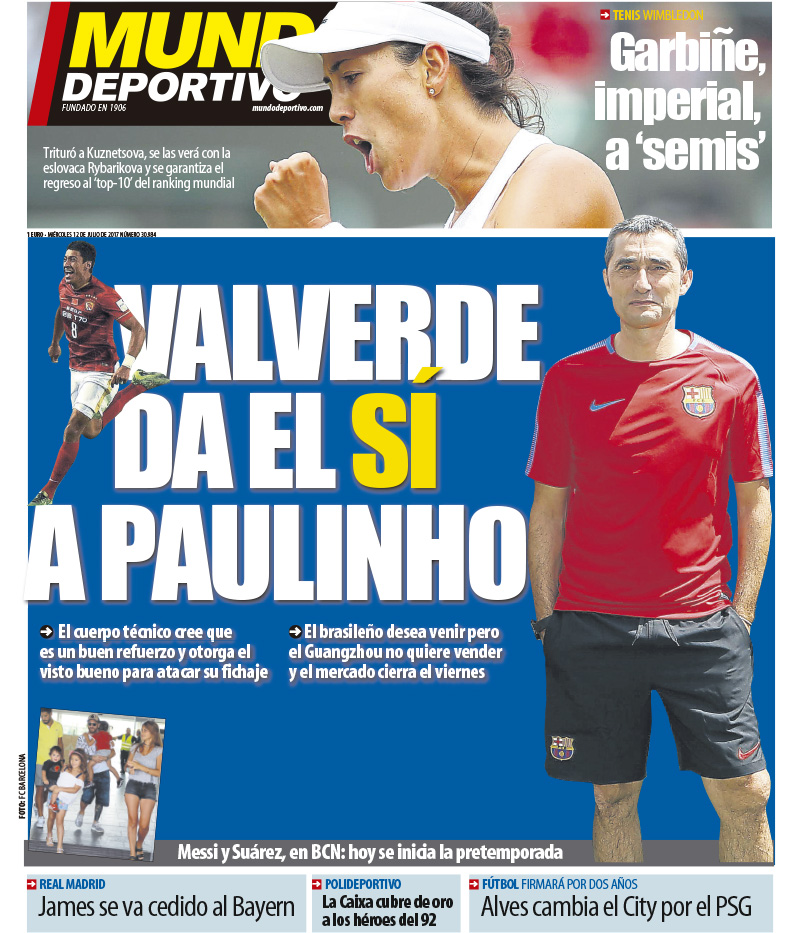 Believes Brazilian would be a good signing, Guangzhou not selling and window closes on Friday for Chinese clubs