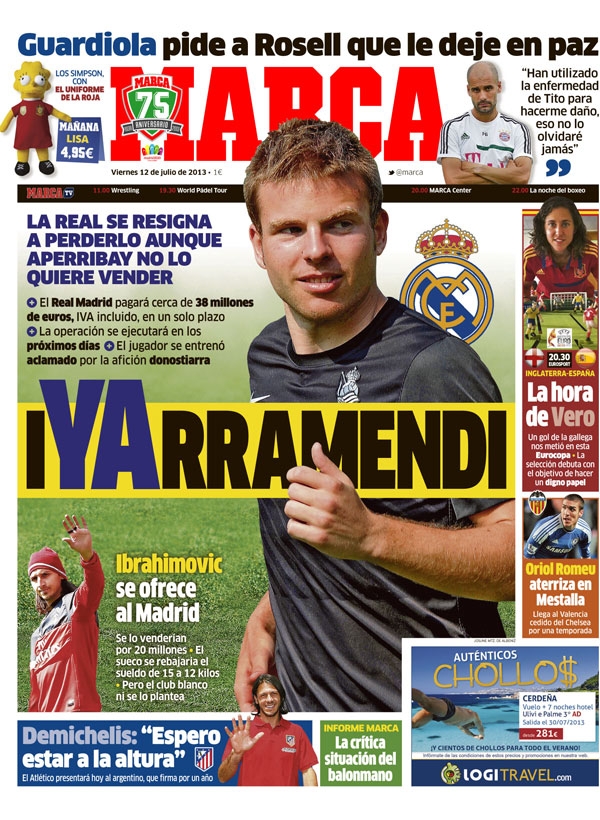 Real Madrid will pay around 38€ million in one lump sum

The operation will be done in the next few days

The player trains in front of his Donostiarra fans

Ibrahimovic is offered to Real Madrid

They would sell him for 20€ million

But the club have not made any plans to purchase him

Demichelis: "I hope to get back to the best"

Atletico present the Argentine today and he signs for a year

Latest on the critical situation of handball

Oriol Romeu lands at the Mestalla

He arrives in Valencia after leaving Chelsea for one year

A goal from Gallega puts us in the Eurocopa

Guardiola asks Rosell to leave him in peace

"They have used the sickness of Tito to do me damage, and that I will never forget" 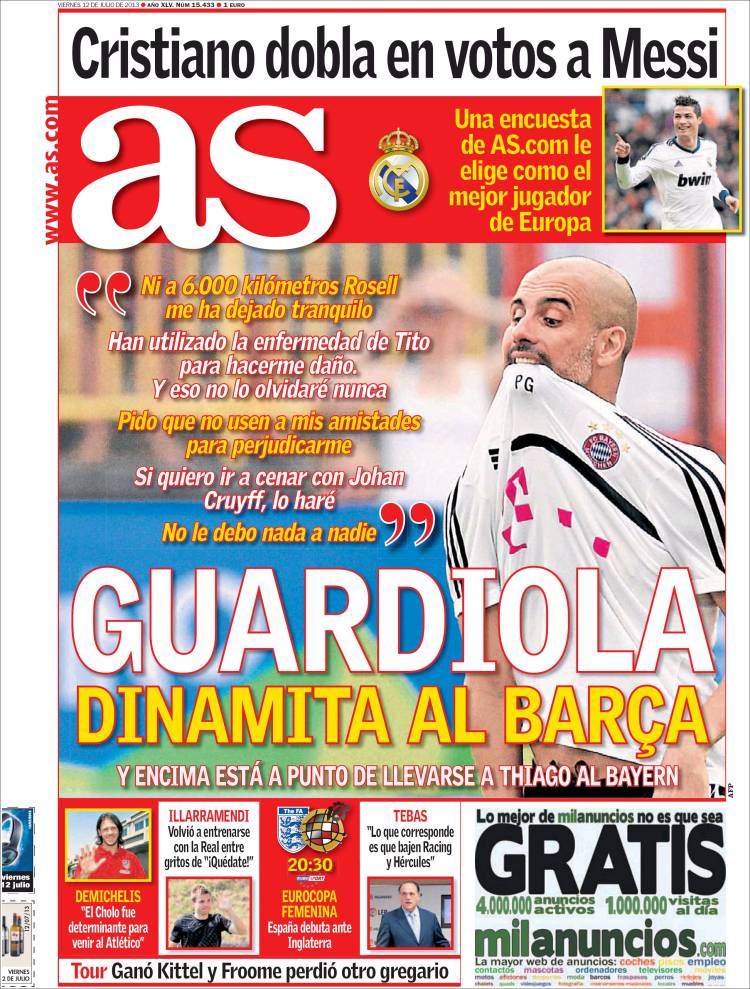 Guardiola has a go at Barca

...and makes a point that he wants Thiago at Bayern

"If I want to have dinner with Cruyff, I will

"I owe nothing to no one"

Cristiano gets twice as many votes than Messi

Demichelis: "El Cholo was determined to come to Madrid"

Illarramendi: He returns to training with La Real amid cheers of 'Stay'

Tebas: "What is required is that Hercules and Racing go down" 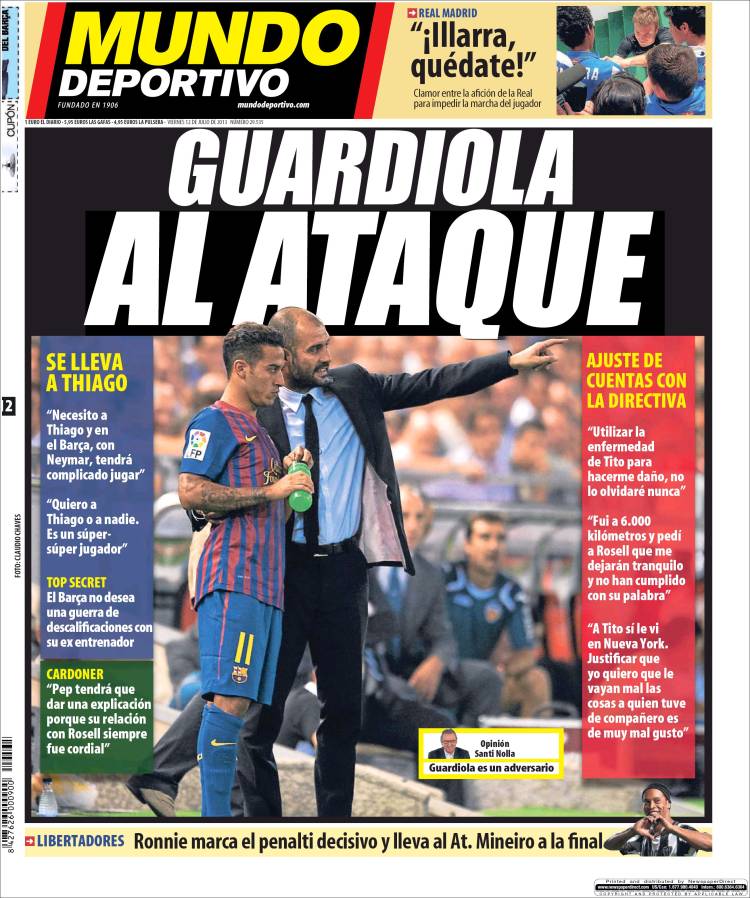 Guardiola on the attack

Thiago to go to Bayern

"I need Thiago and at Barca, with Neymar, he will not play much"

"I want Thiago and no one else...he is a super super player"

Top Secret: Barca do not want a war with their ex-trainer

Cardoner: "Pep will have to give an explanation because his relation with Rosell has always been cordial"

Pep directs his criticism to the directives

"I saw Tito in New York. To say that I did not see him, a man who was my friend and workmate for years, is very bad taste"

Libertadores: Ronnie scores a decisive penalty to take Atletico Mineiro to the final