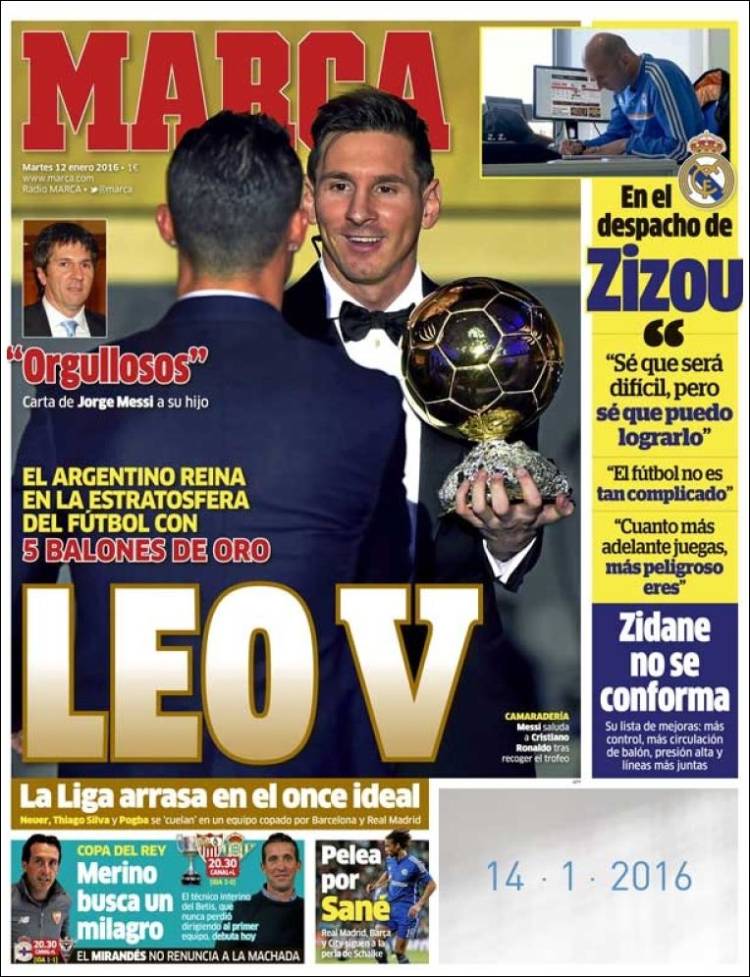 Letter from Jorge Messi to his son

Messi greets Cristiano Ronaldo after picking up the trophy

Neuer, Thiago Silva and Pogba ‘squeeze in’ to a team locked up by Barcelona and Real Madrid

Merino looks for a miracle

The Betis interim Coach, who has never lost when in charge of the first team, debuts today

Real Madrid, Barca and City following the pearl of Schalke

“I know it will be difficult, but I know I can make it”

“The further forward you play, the more dangerous you are”

On the list to improve: more control, more possession, press further up and lines closer together 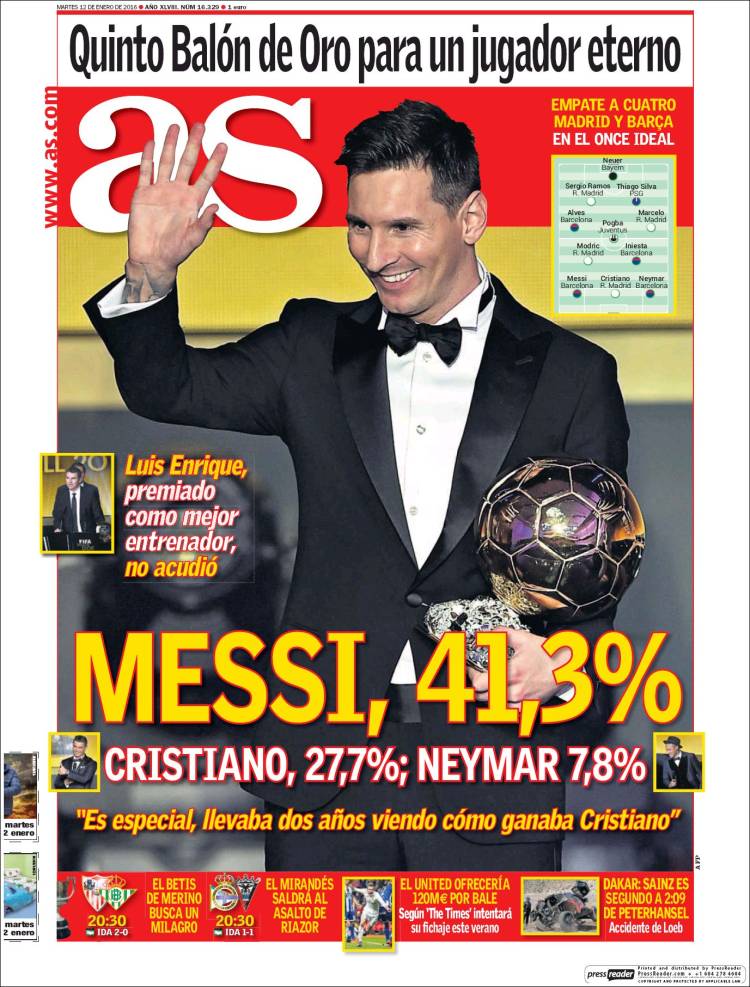 Four each Madrid and Barca in the select XI

Merino’s Betis looking for a miracle

Mirandes will go on the attack at Riazor

The Times says they want to sign him in the winter 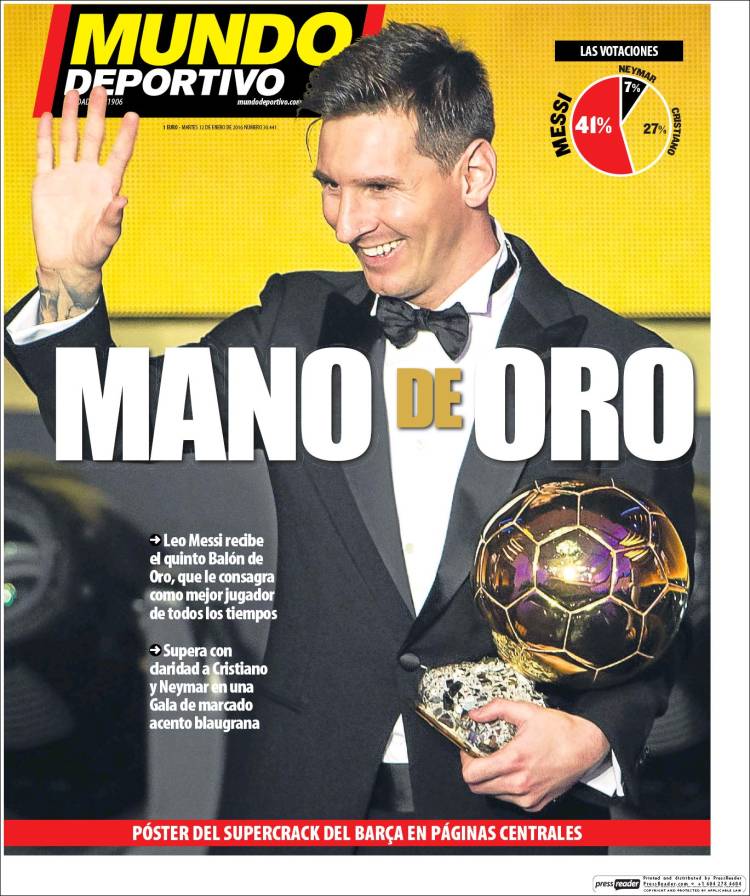 Leo Messi receives his fifth Ballon d’Or, enshrining him as the best player of all time