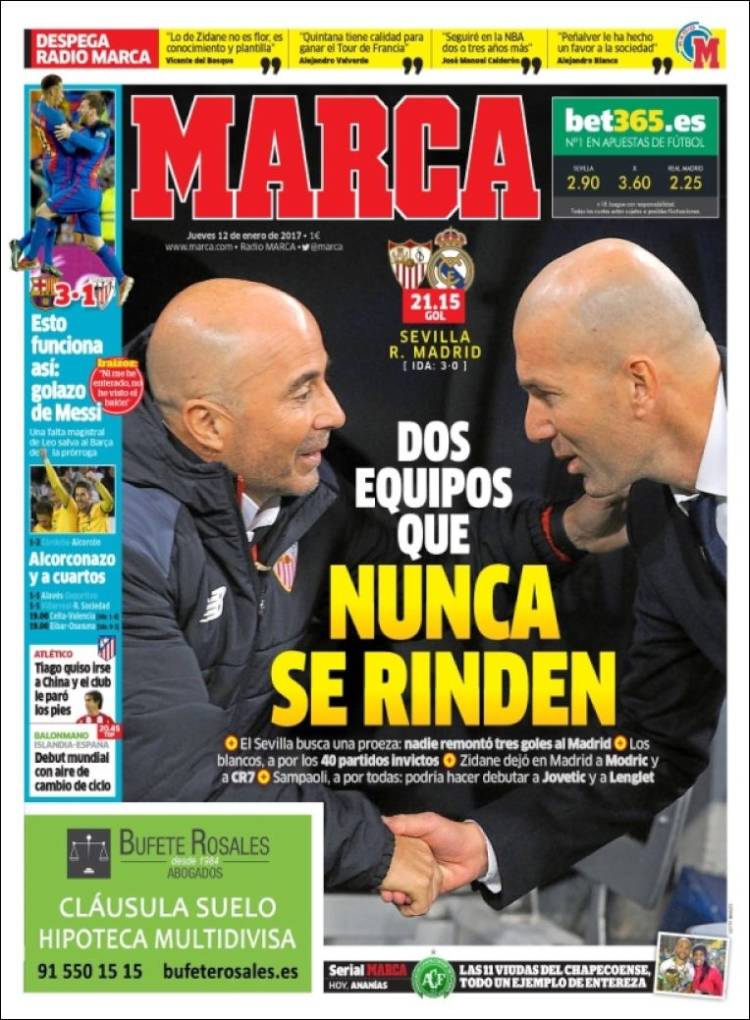 Two teams that never give up

Sampaoli attempts a feat that no-one has ever managed, coming from 3 goals down to defeat Real Madrid

Madrid, a game away from 40 matches unbeaten

This works like this: great goal from Messi - magical free-kick sees Barca edge through

Alcorcon through to the quarters! 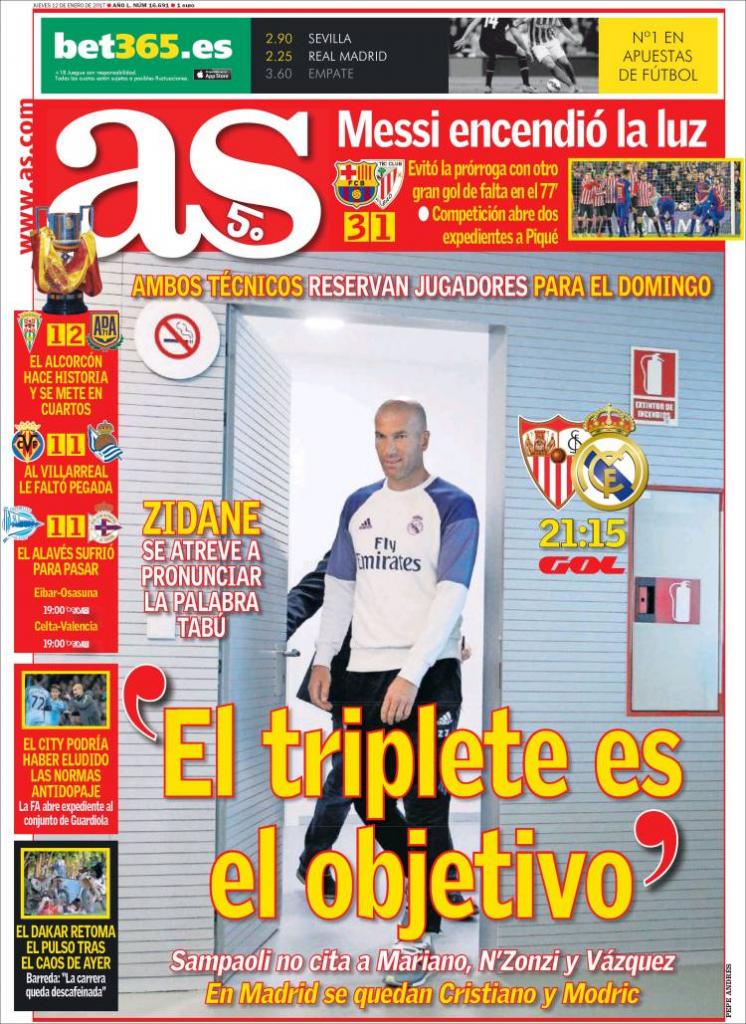 Alcorcon make history as they make the quarters 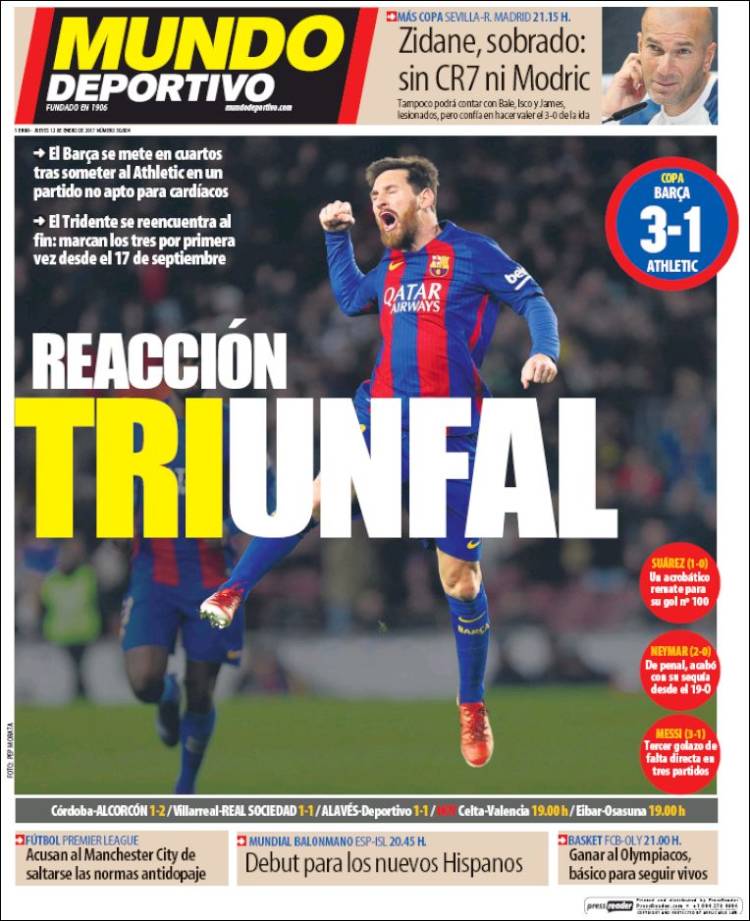 The trident all score for the first time since 17 September

Zidane without Ronaldo and Modric - also without injured Bale, James, Isco, but confident of progression