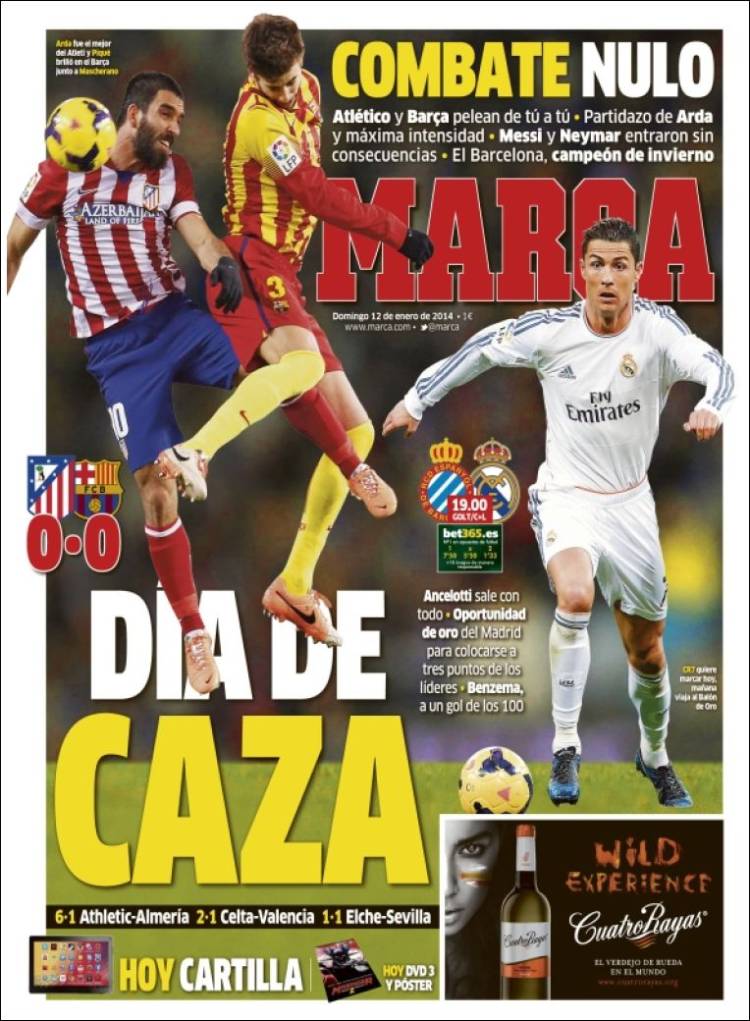 Nothing gives in the battle of the top

Atletico and Barca fight by to no end

A great game by Arda who was at his best

Messi and Neymar entered the fray but did not produce

Barcalona are the winter champions

Arda, Atletico's best while Pique and Mascherano shone for Barca

A golden chance for Madrid to get closer to the leaders

Benzema, a goal away from a hundred

CR7 wants to score today before heading to Zurich 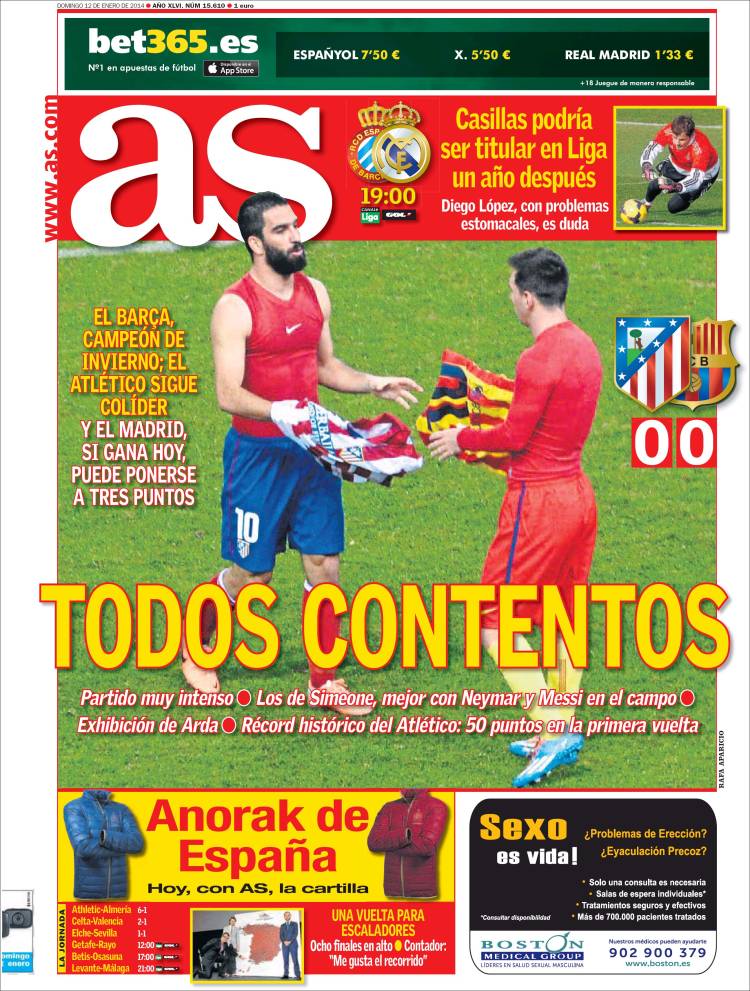 Simeone's me were better than Neymar, Messi and the rest

Arda put on a show

Record for Atletico; 50 points in the first half of the season

Madrid, if they win today, will put themselves three points behind the leaders

Casillas could start in La Liga after one year

Diego Lopez has stomach problems and is therefore a doubt 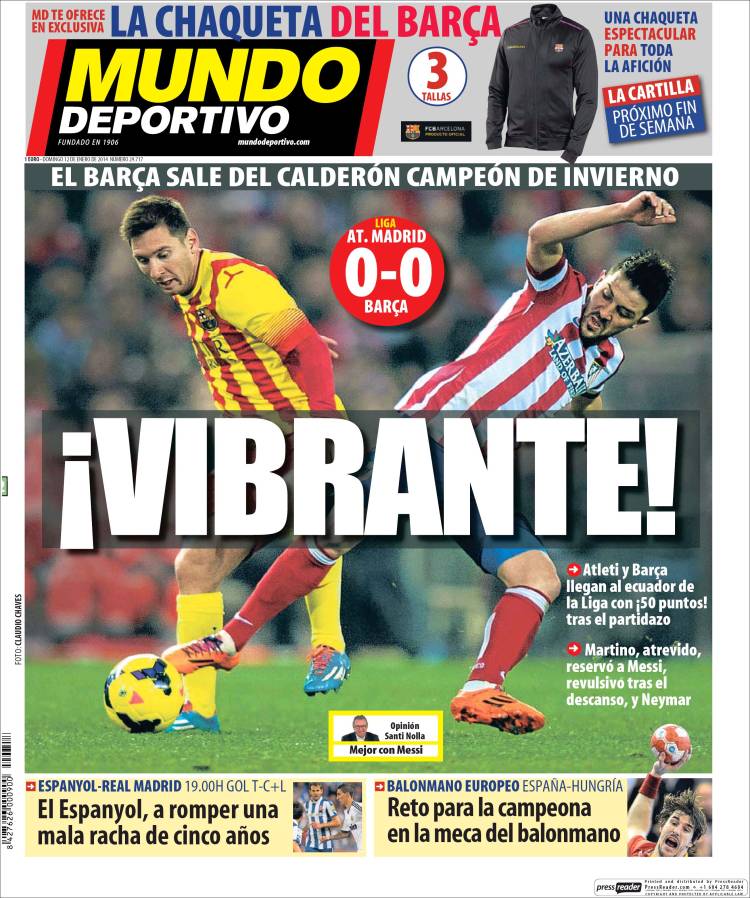 Daring Martino bench Messi, who was a protagonist in the second half and Neymar

Challenge for the champions at the Mecca of Handball