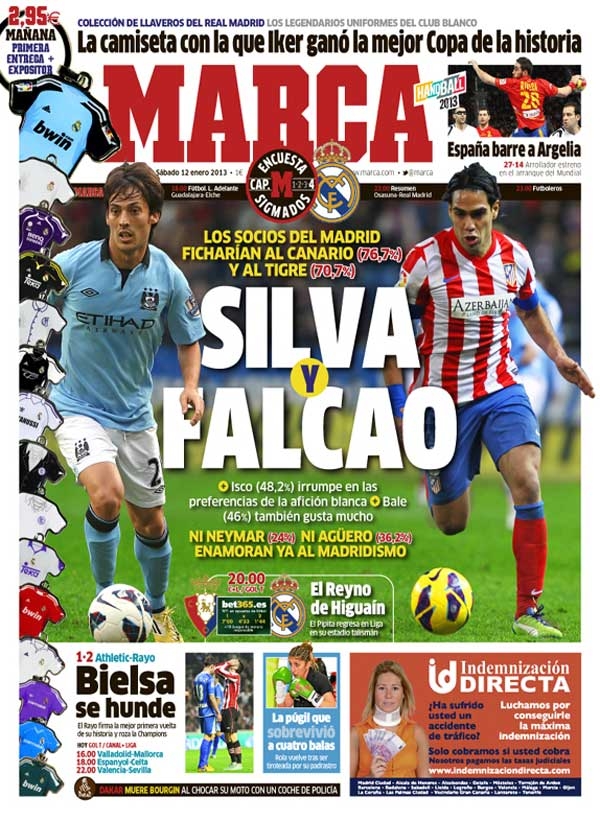 Silva and Falcao: Real club members want to sign the man from Canary islands (76.7) and the Tiger (70.7)

Neither Neymar (24) or Aguero (36) are much loved by Madridistas

The reign of Higuain: El Pepita returns to the league today as the talisman

The Boxer who survived four bullets

Dakar: Bourgin dies in a crash with a police car 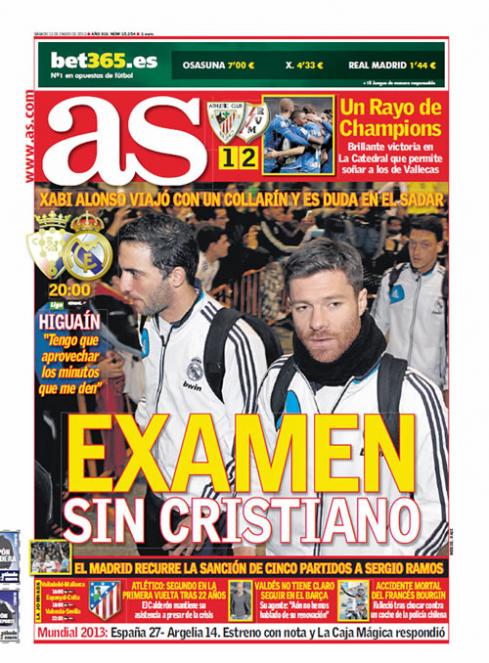 Higuain: I have to convince in the time I am given

A Rayo of Champions: Brilliant victory at La Catedral that allows them to dream big in Vallecas

Atletico: Second in the Primera Liga after 22 years

Valdes is not clear if he will continue at Barca: “Even we have not spoken about his renewal”, agent 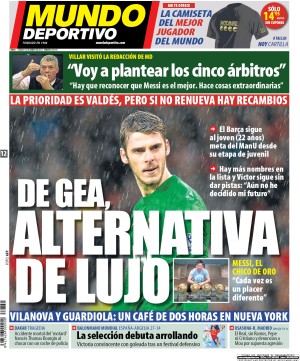 There are more name on the list and Victor continues to give clues, “Even I have not decided on my future”, Valdes

Messi, the Golden Boy, “Every time the pleasure is different”

Villar: “I am going to raise the issue with the five referees….there has to be recognition that Messi is the best, he does extraordinary things”

Osasuna – Real Madrid: Real, without Ramos, Pepe nor Cristiano are criticised my Mou for their aggression

Handball: La Seleccion debut with a crushing win: Convincing victory with a goal-feast before a defensive opponent