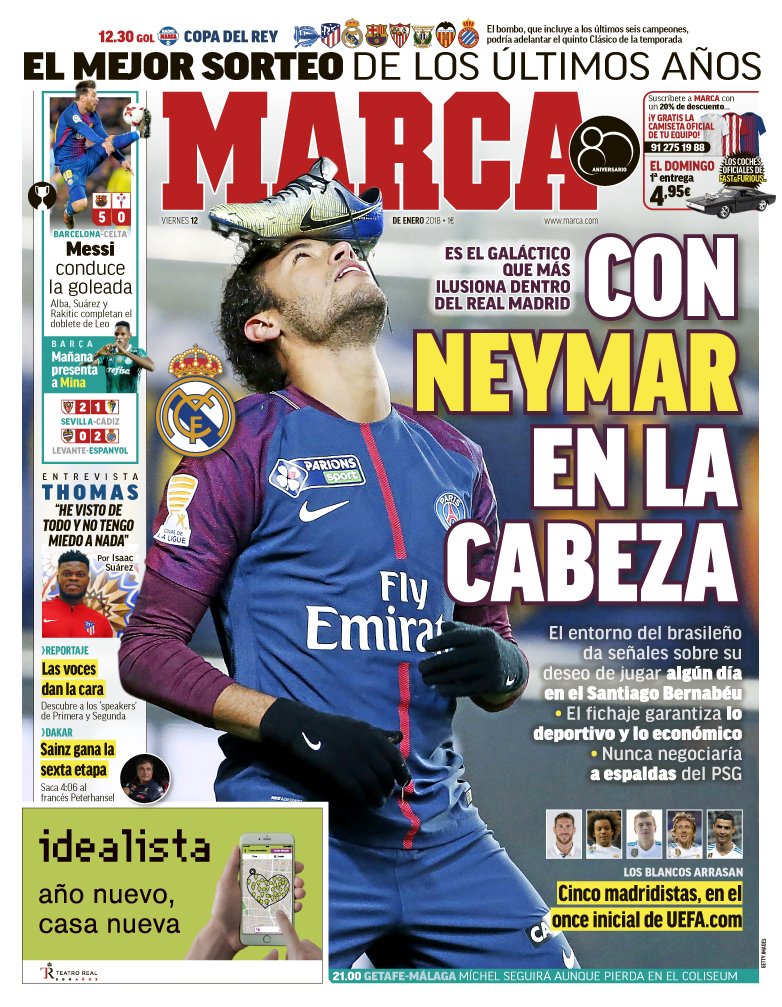 The 'galactico' that is most craved by Real Madrid

With Neymar in mind

There would be no negotiations behind the backs of PSG

Mina will be unveiled tomorrow

"I've seen everything and I'm not afraid of anything" 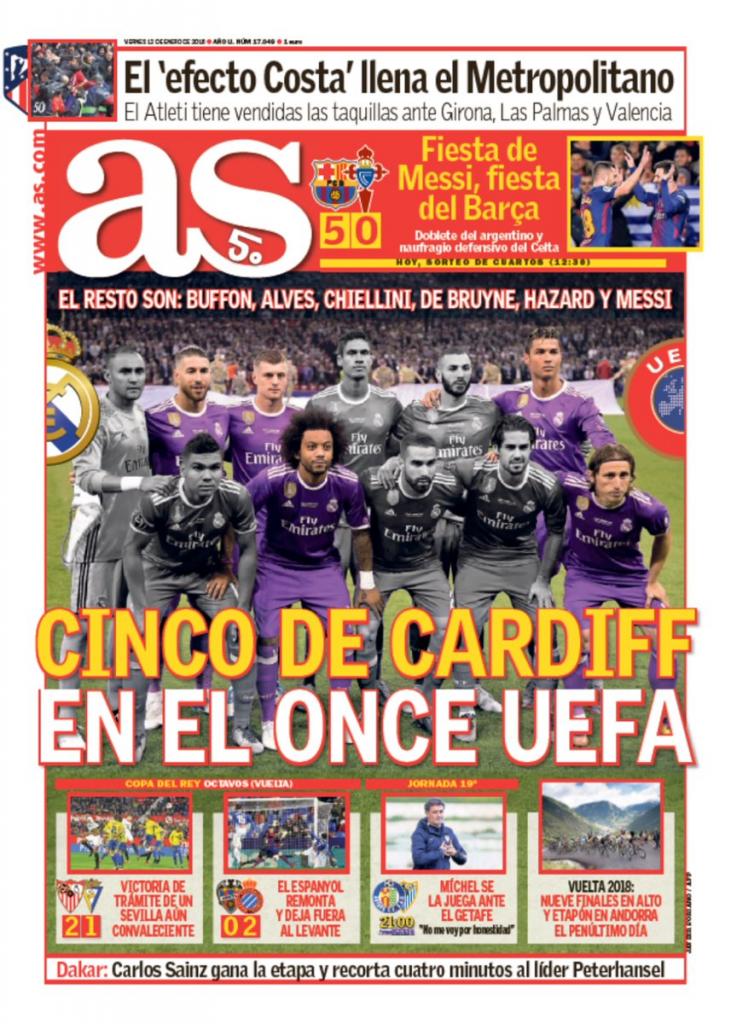 The 'Costa effect' fills the Metropolitano

Routine win for a still-convalescent Sevilla

Espanyol come back against LEvante

Michel plays for his job against Getafe 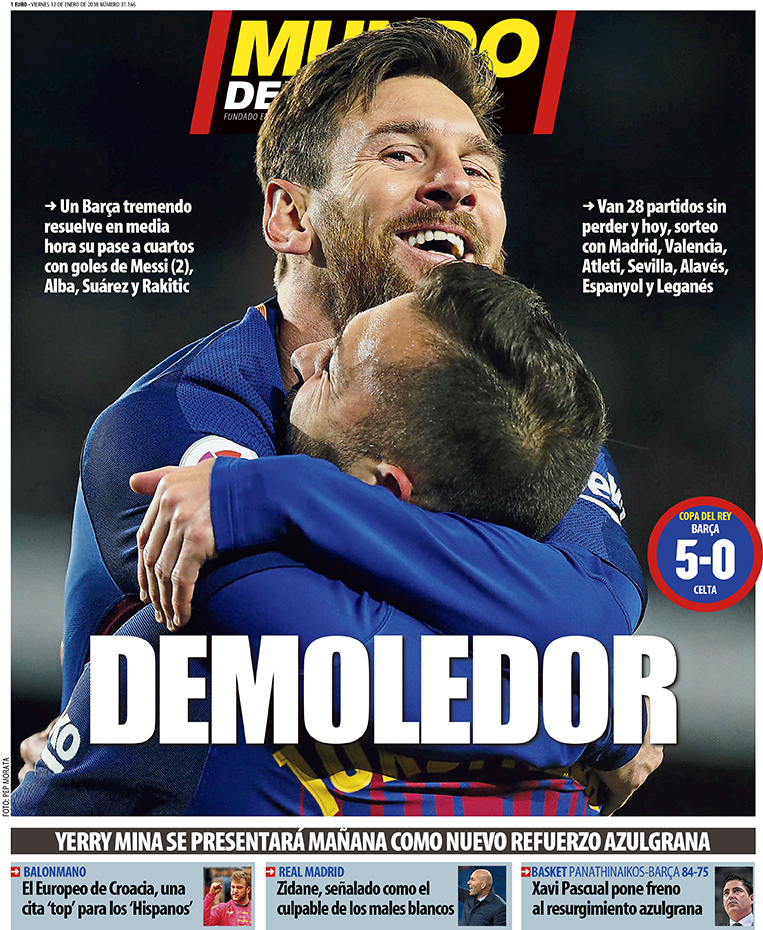 A tremendous Barca resolve their passage to the quarter-finals in half an hour with goals from Messi (x2), Alba, Suarez and Rakitic

They go 28 games without losing and today will be the draw with Madrid, Valencia, Atleti, Sevilla, Alaves, Espanyol and Leganes

Yerry Mina will be presented as Barca's newest signing tomorrow

Zidane, singled out as the one responsible for the bad Blancos