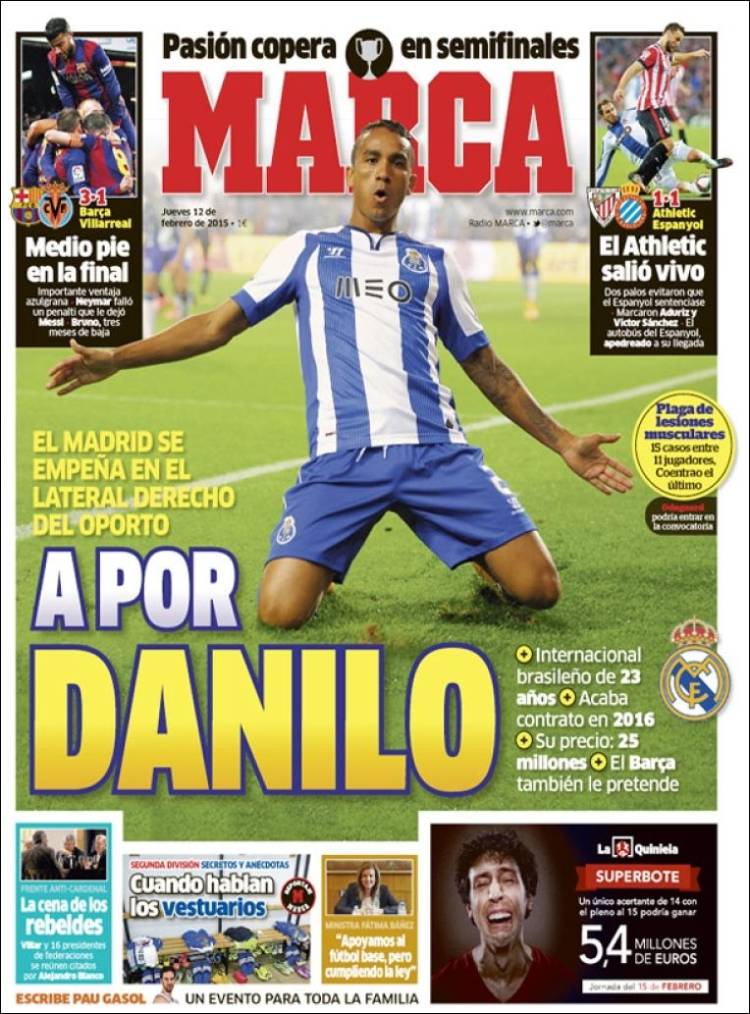 Madrid insist on the right-back from Porto

Cup passion in the semi-finals

Half a foot in the final

The Espanyol bus was stoned on arrival

Odegaard could get the call 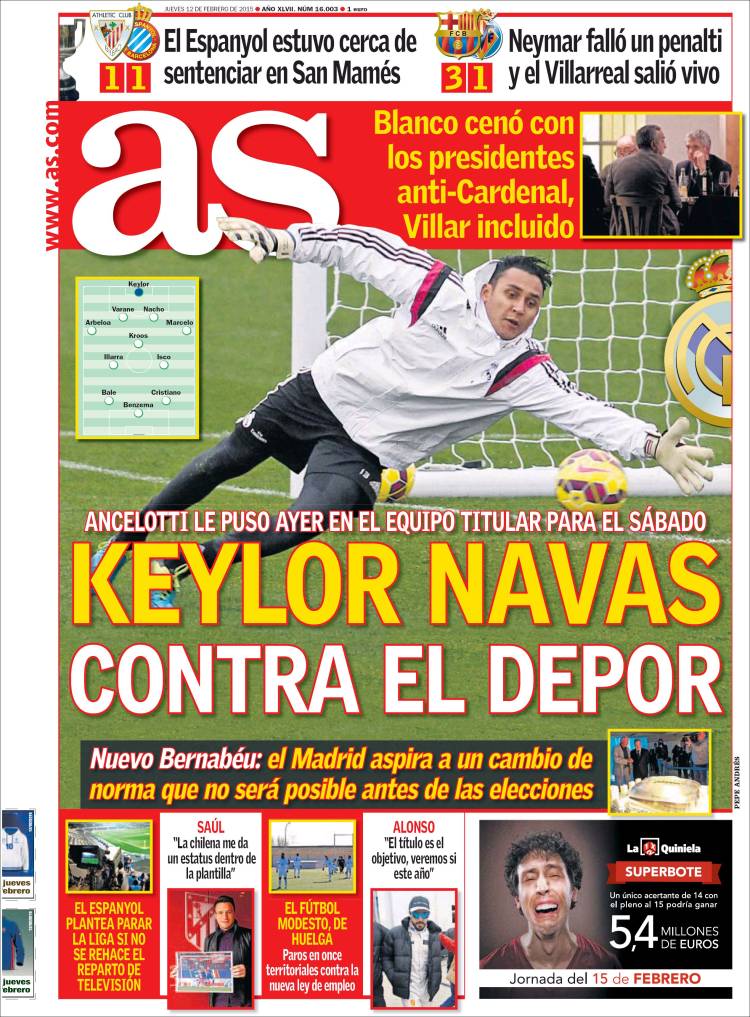 Ancelotti yesterday put him in the starting line-up for Saturday

New Bernabeu: Madrid hope for a rule change that will not be possible until after elections

Espanyol came close to finishing it at San Mames

Neymar missed a penalty and Villarreal came out alive

Saul: The overhead kick gives me status within the team

Stoppages in eleven territories against the employment act 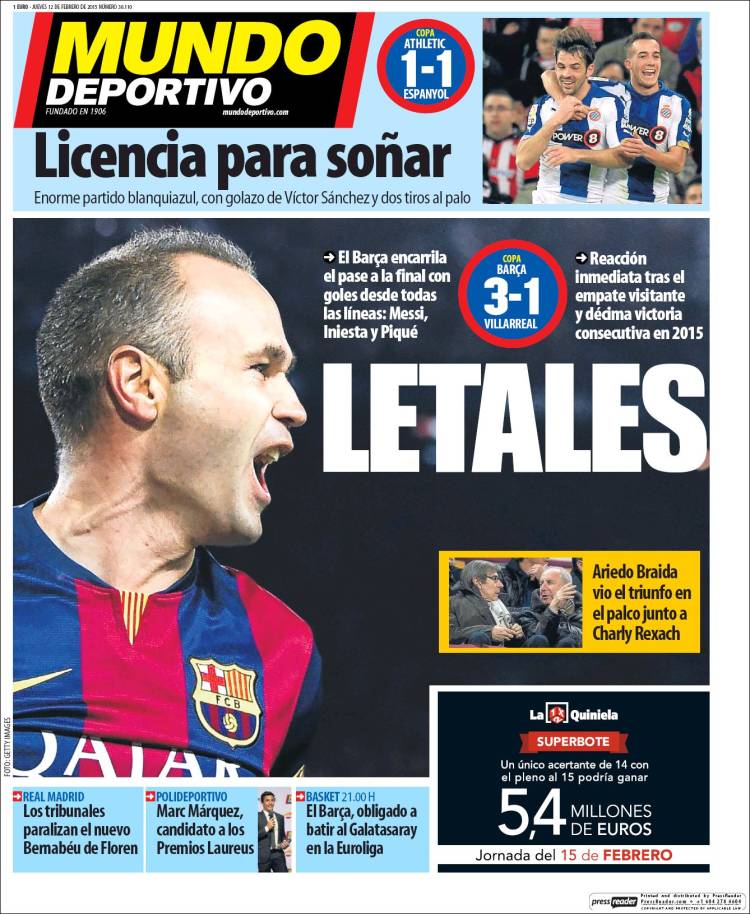 Barca on the way to the final with goals from every line: Messi, Iniesta and Pique

Huge game for the Blue and Whites, with a golazo from Victor Sanchez and twice hitting the post

Ariedo Braida watched the victory from a box with Charly Rexach

The court stops the new Bernabeu of Florentino