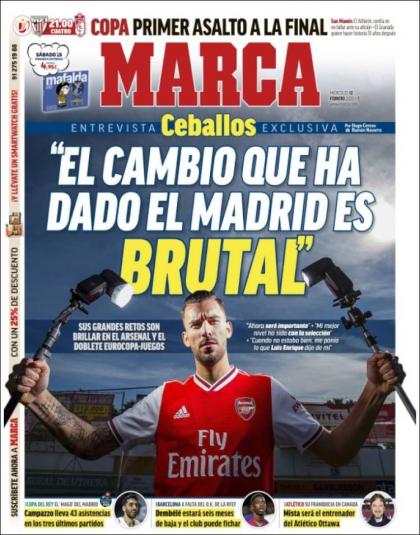 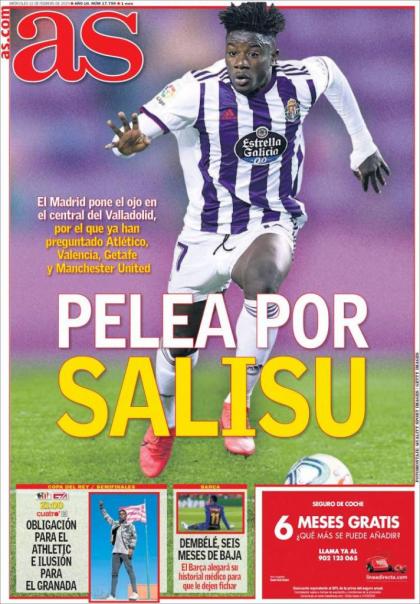 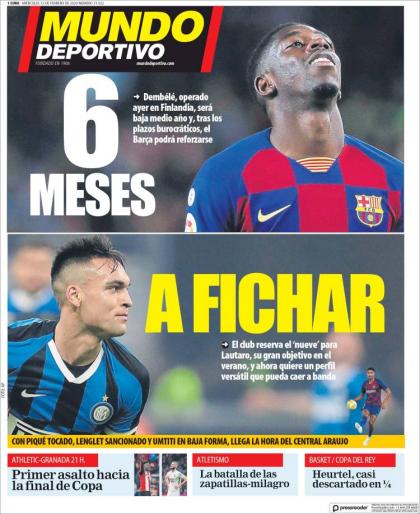 Six months out for Dembele... ...for signing, Barca look for a new '9', with Lautaro the big objective With Pique injured, Lenglet suspended and Umtiti in bad form, now is the time for Araujo at centre half Athletic-Granada - first semi-final match