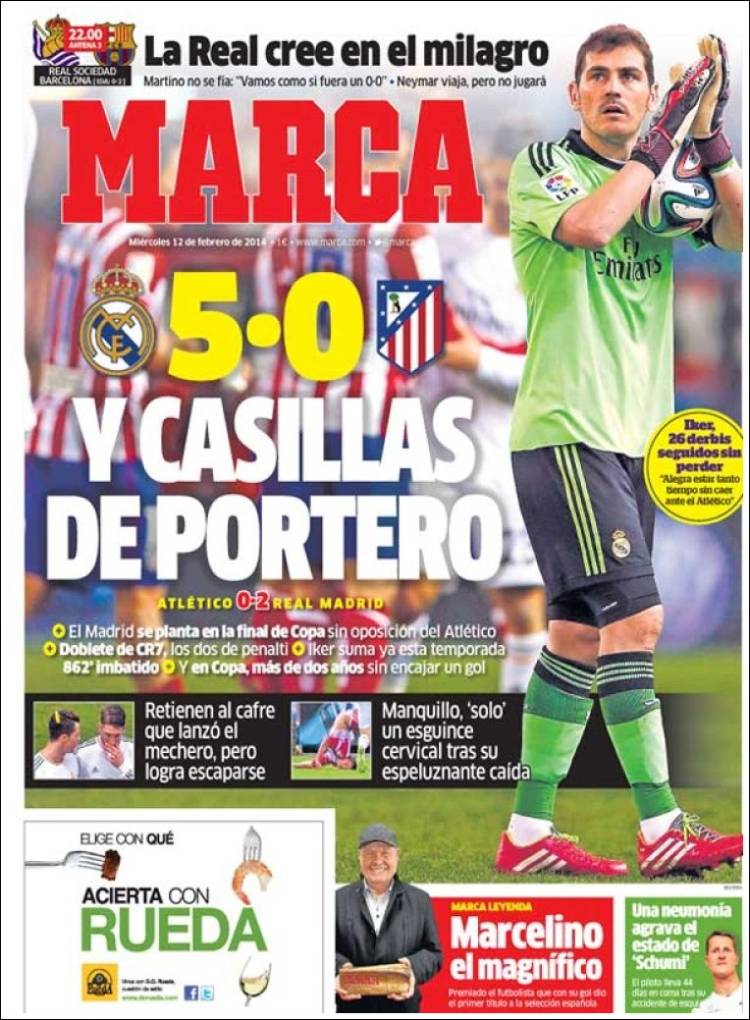 5-0 and Casillas the goalkeeper

A double from CR7, both from the penalty spot

In the Copa, he has gone more than two years unbeaten

The brute who threw the lighter at Ronaldo was retained, but, managed to escape

Manquillo 'only' has a sprained neck after his horrible fall

La Real believe in a miracle

Martino not taking any chance: "We will play as if it was 0-0"

Neymar travels but will not play 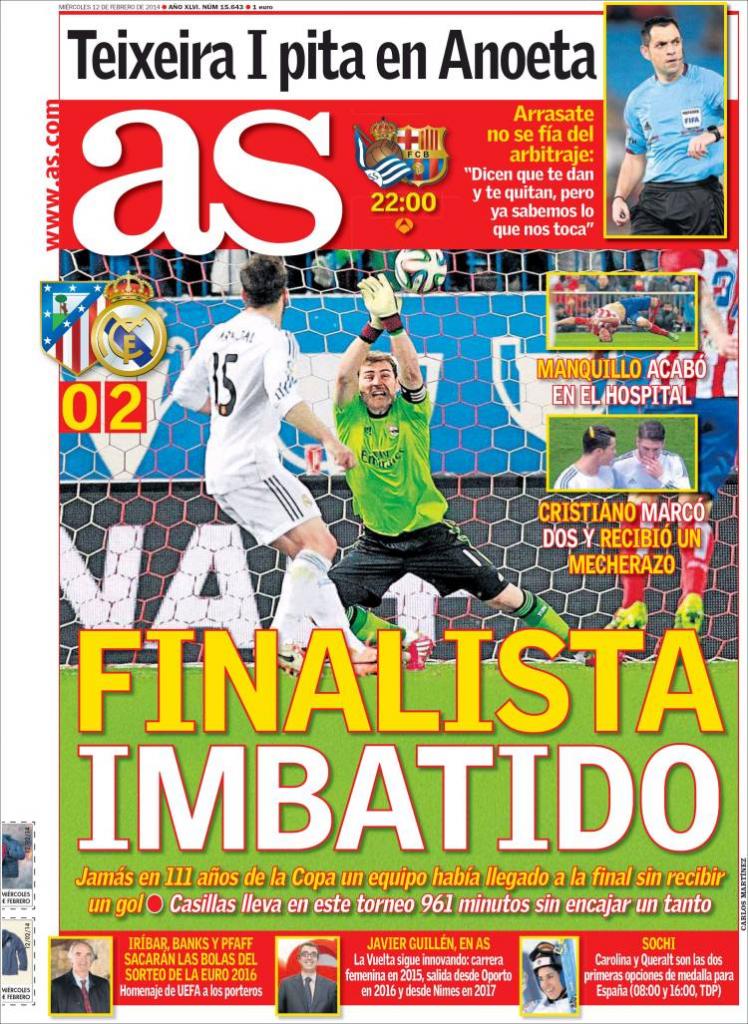 Manquillo ends up in hospital

Cristiano scores two and has a lighter thrown at him

Teixeira 1 to ref at the Anoeta

Arrasate has no faith in the referee: "They say that give him to you to knock you out"

Iribar, Banks, Pfaff to draw the balls for the Euro 2016 draw

Homage from UEFA to the goalkeepers 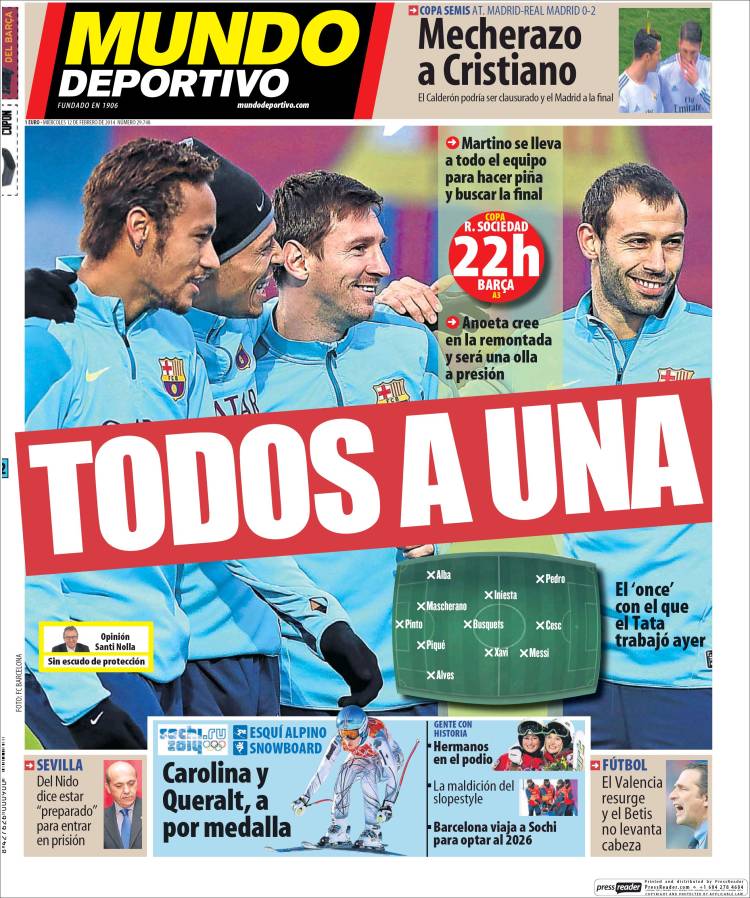 A lighter is thrown at Cristiano

The Calderon could be closed and Madrid make the final

Sevilla: Del Nido is said to be ready to enter prison