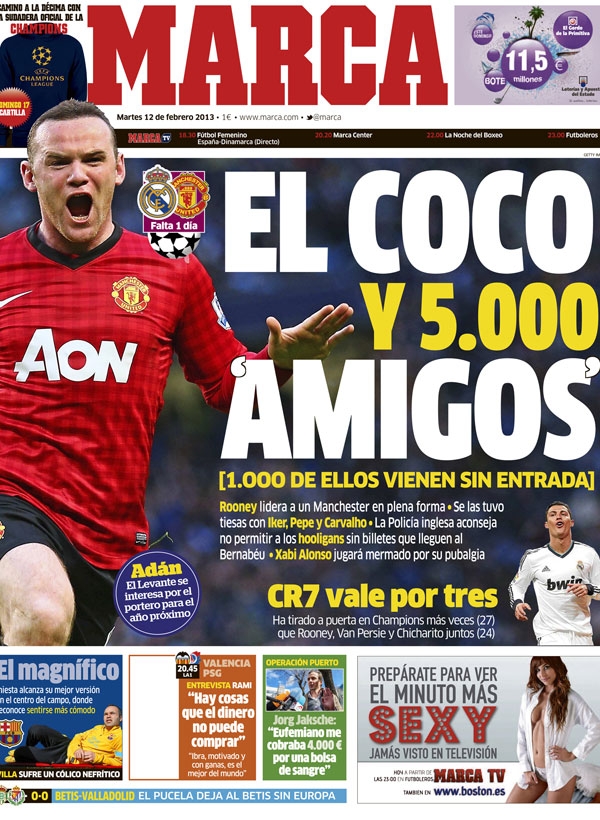 He has scored more times in the Champions League (27) than Rooney, Van Persie and Chicharito put together (24)

Rami: "There are things that money cannot buy", "Ibra, when motivated to win, is the best in the world"

Jaksche: "Eufemiano charged me 4000€ for his blood bag" 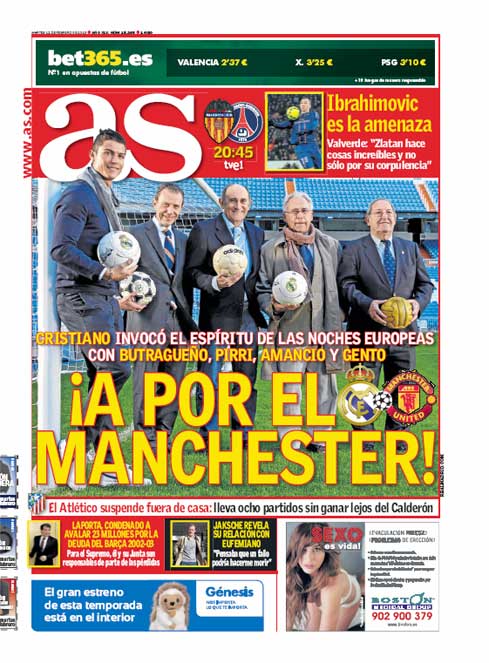 Cristiano invokes the spirit of the great European nights with Butragueno, Pirri, Amancio and Gento.

Ibrahimovic is the threat

Valverde: "Zlatan does incredible things and not only because of his strength"

Atletico failings away from home: now eight games they have gone without winning away from the Calderon

Jaksche reveals his relationship with Eufemiano: "I thought that a mistake could make me die" 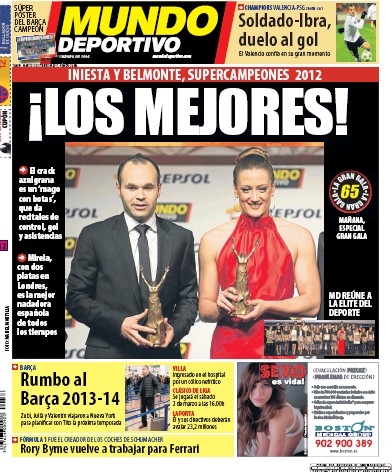 Iniesta, 'the magician with boots', that gives exhibitions in ball control, goals and assists

Mireira, with two silvers in London, is the best Spanish swimmer of all time

A meeting of sports' elite

Zubi, Julia and Valentin travelled to New York to plan with Tito the next season

Villa: checked into to hospital with a kidney stone

Clasico de Liga: To be played on Saturday March 2 at 1600

Laporta: He and his directors have to pay 23.2 million

Formula 1: He was the creator Schumacher's cars

Soldado-Ibra, duel of the goal

Valencia confident of having a great moment