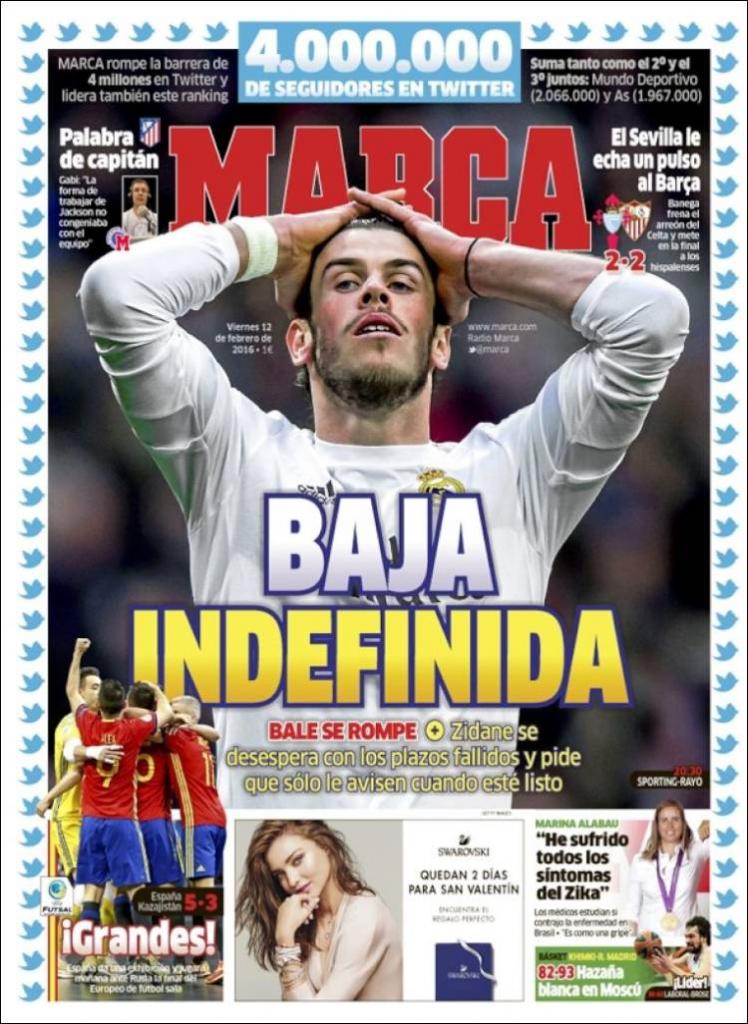 Word of the captain 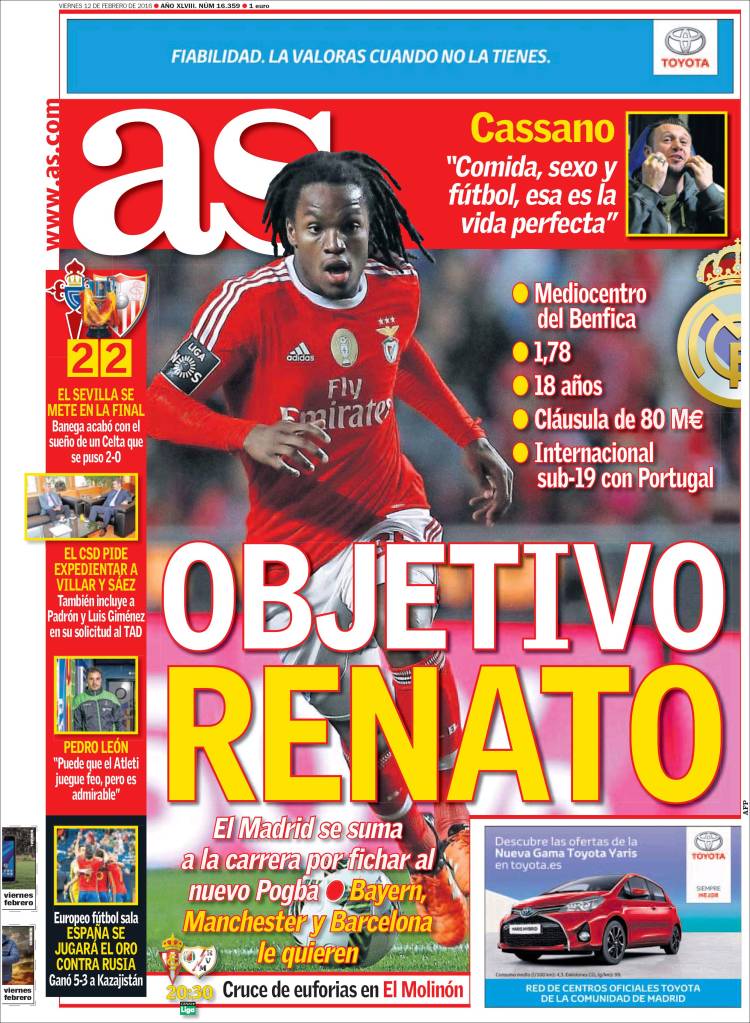 Madrid join the race to sign the new Pogba

Bayern, the Manchester clubs and Barcelona also want him

Banega ends the dream of Celta, who had led 2-0

The CSD requests to begin proceedings against Villar and Saez 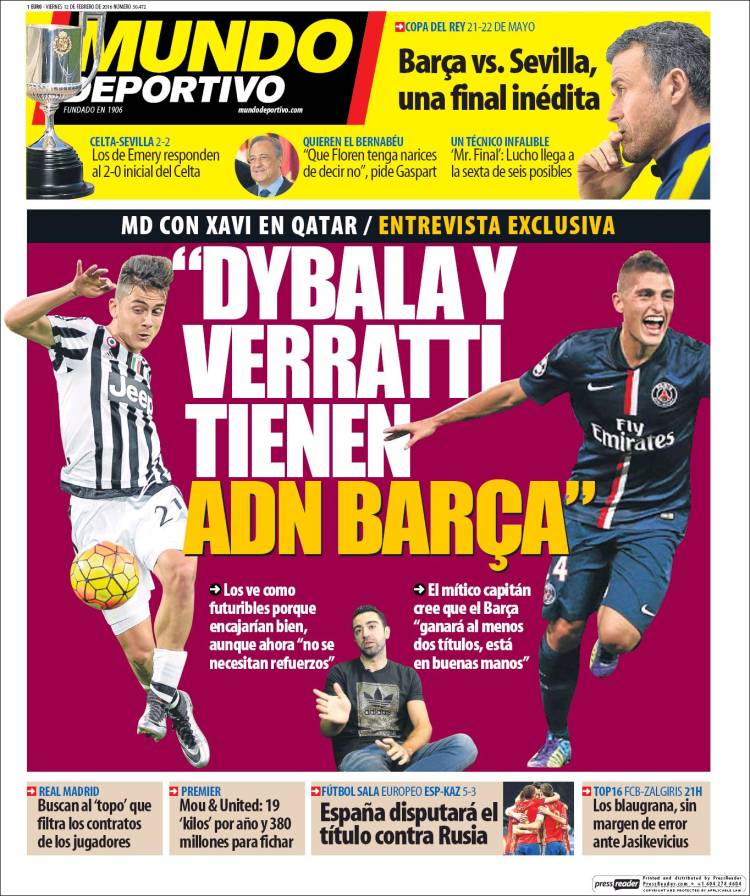 “Dybala and Verratti have Barca’s DNA”

MD speaks to Xavi in Qatar

He sees them as future signings who would fit in well, but for now "Barca don’t need reinforcements”

They both want the Bernabeu

They seek the ‘mole’ who is leaking player contracts