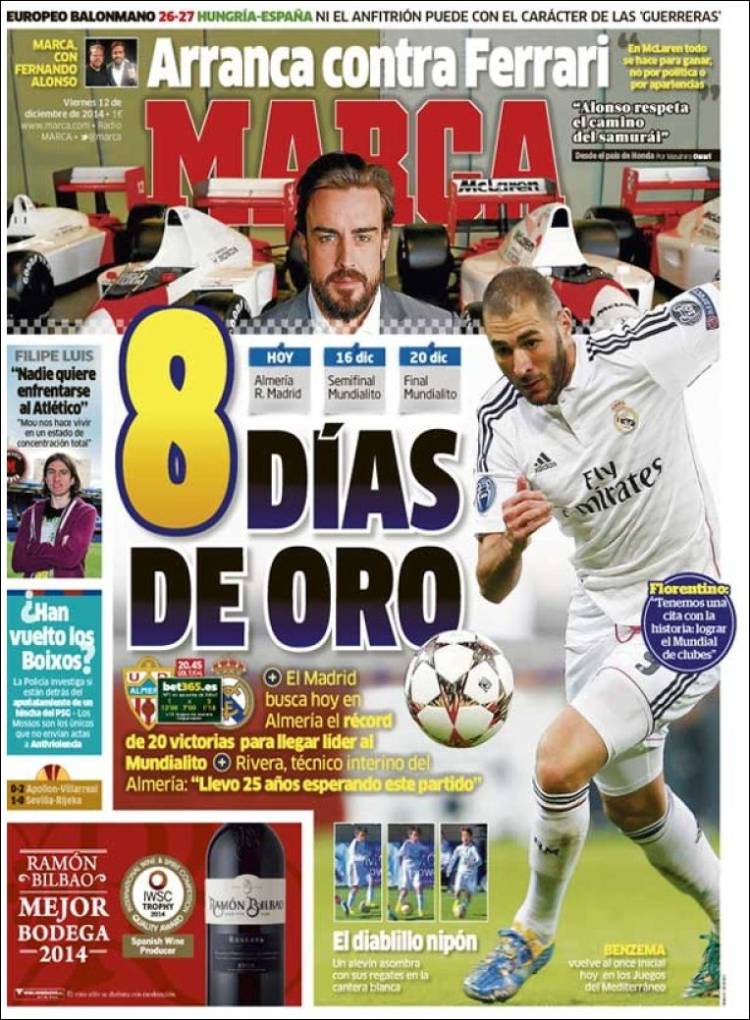 Returns to the XI at Juegos Mediterraneo

“Nobody wants to face Atletico”

“Mou makes us concentrate in full at the stadium” 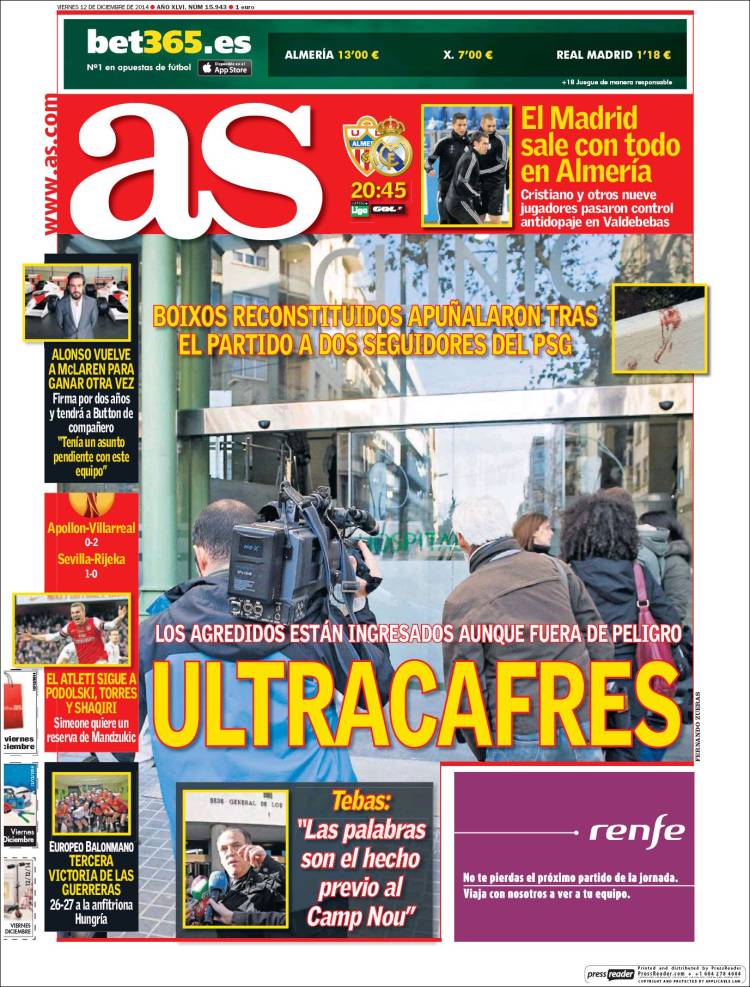 The attacked are admitted [to hospital] but are out of danger

Madrid takes everything to Almeria

Cristiano and nine other players went through doping control at Valdebebas

Simeone wants a reserve for Mandzukic

Tebas: “The words were said before Camp Nou” 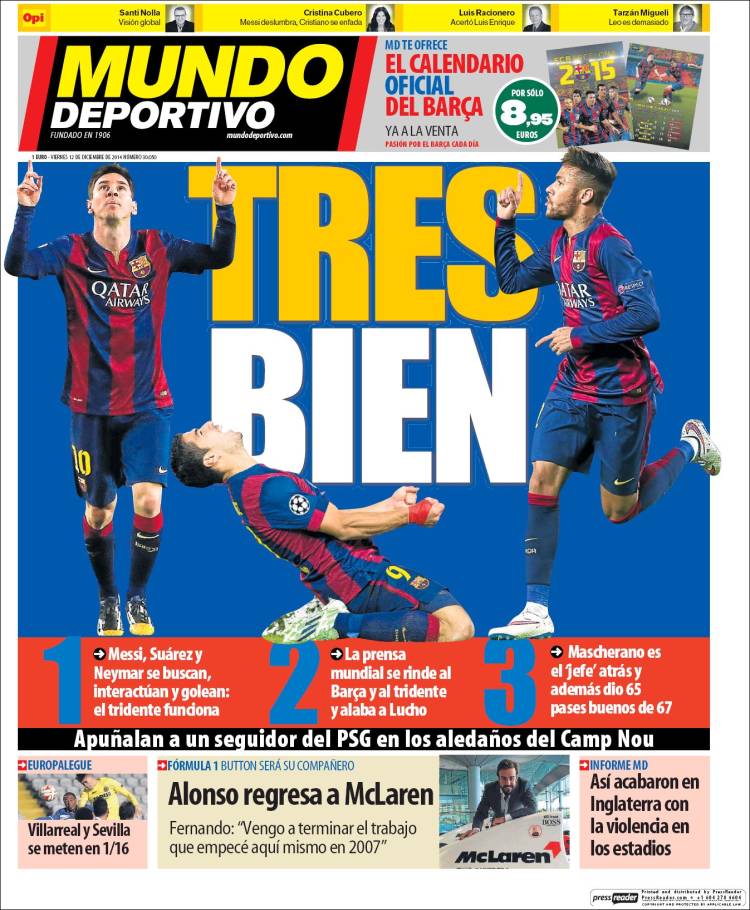 1. Messi, Suarez and Neymar look for each other, interact and score: the trident works

2. The world Press surrenders to Barca and the trident and praises Lucho [Enrique]

3. Mascherano is the boss at the back and made 65 good passes out of 67

Villarreal and Sevilla creep into the 16