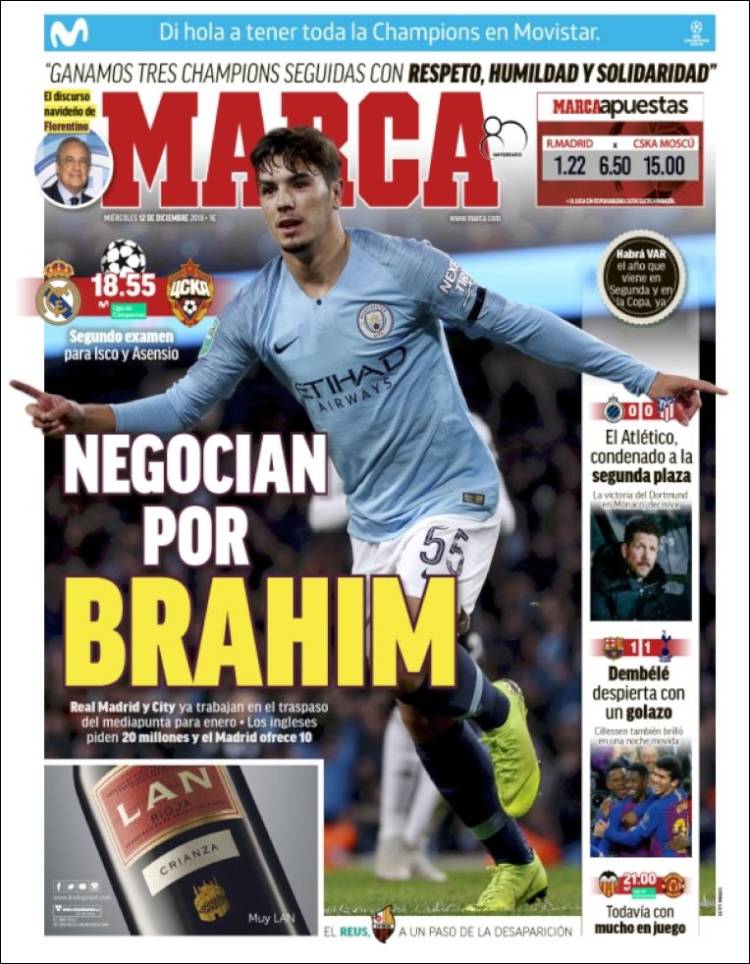 They negotiate for Brahim

Second test for Asensio and Isco

'We won three Champions League with humility, respect and solidarity'

Dembele awake with a golazo

Still with much in play 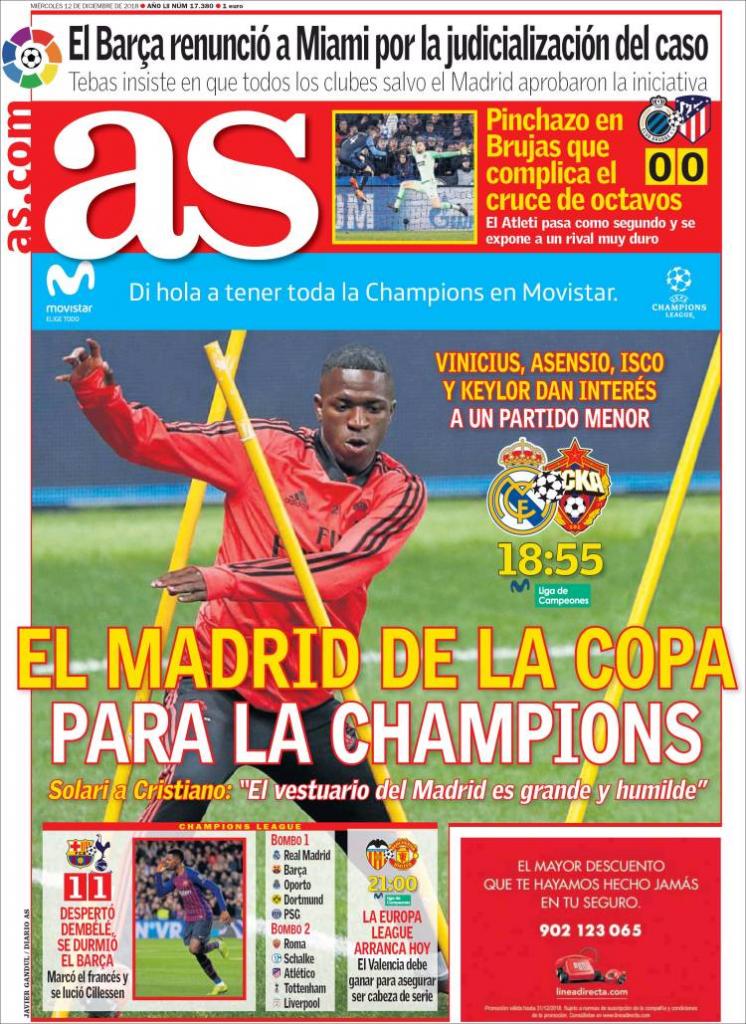 Madrid of the Copa for the Champions League

Solari to Cristiano: Madrid's dressing room is humble and united

Dembele wakes up a sleepy Barca 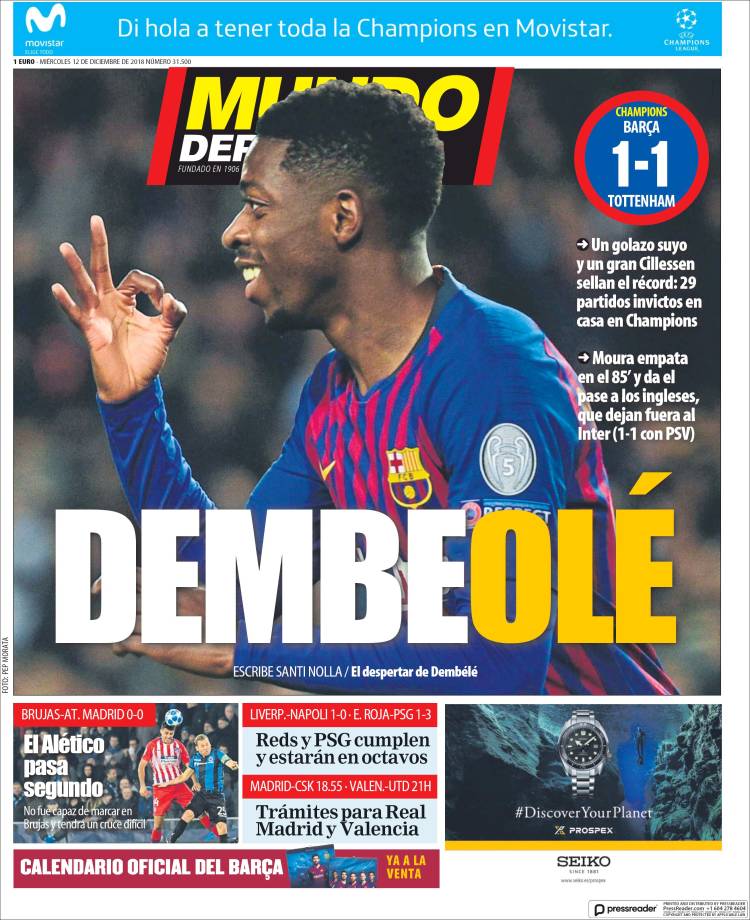 Liverpool and PSG in last eight