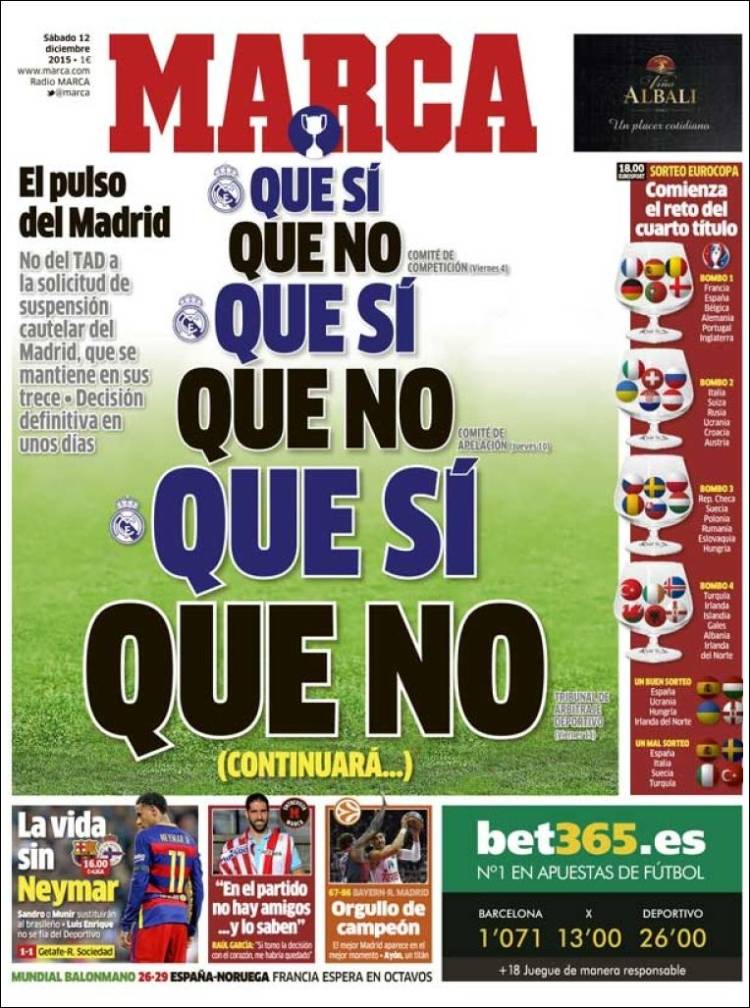 The pulse of Madrid

Final decision in the next few days

The challenge for a fourth trophy begins

Sandro or Munir will replace the Brazilian

Luis Enrique does not trust Deportivo

Raul Garcia: “If I decided with my heart, I would have stayed” 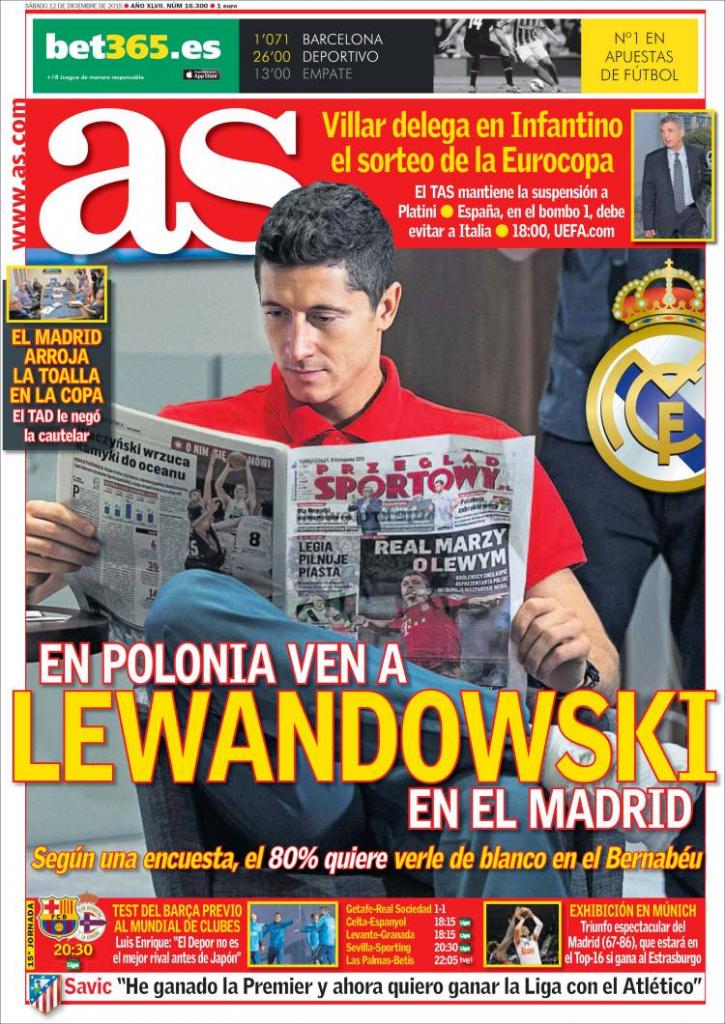 According to a survey, 80 percent want to see him at the Bernabeu

Madrid throw the Copa towel in

TAD denied their request for an injunction

Villar delegates the draw for the Euros to Infantino

CAS maintains its suspension for Platini

Spain in Pot 1, they must avoid Italy

Test for Barca prior to the Club World Cup

Luis Enrique: “Deportivo are not the best opponents to face before Japan”

Savic: “I won the Premier League and now I want to win La Liga with Atletico” 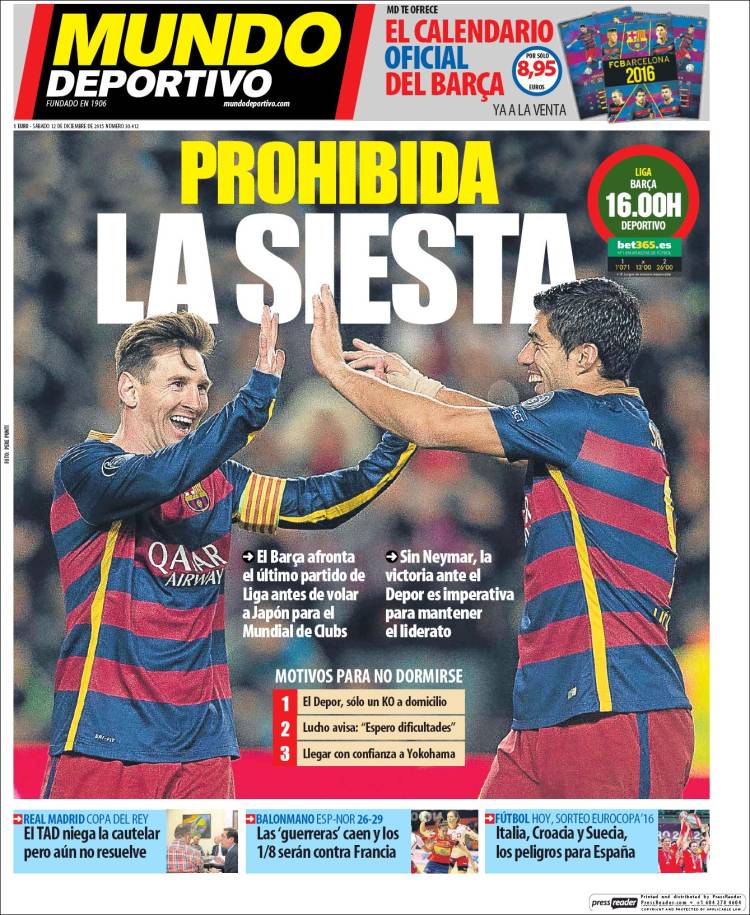 Without Neymar, beating Depor is imperative to keep the lead

Reasons not to sleep

Depor, only one KO at home

Arriving in Yokohama with confidence

TAD denies the injunction but no resolution yet

Italy, Croatia and Sweden, the dangers for Spain