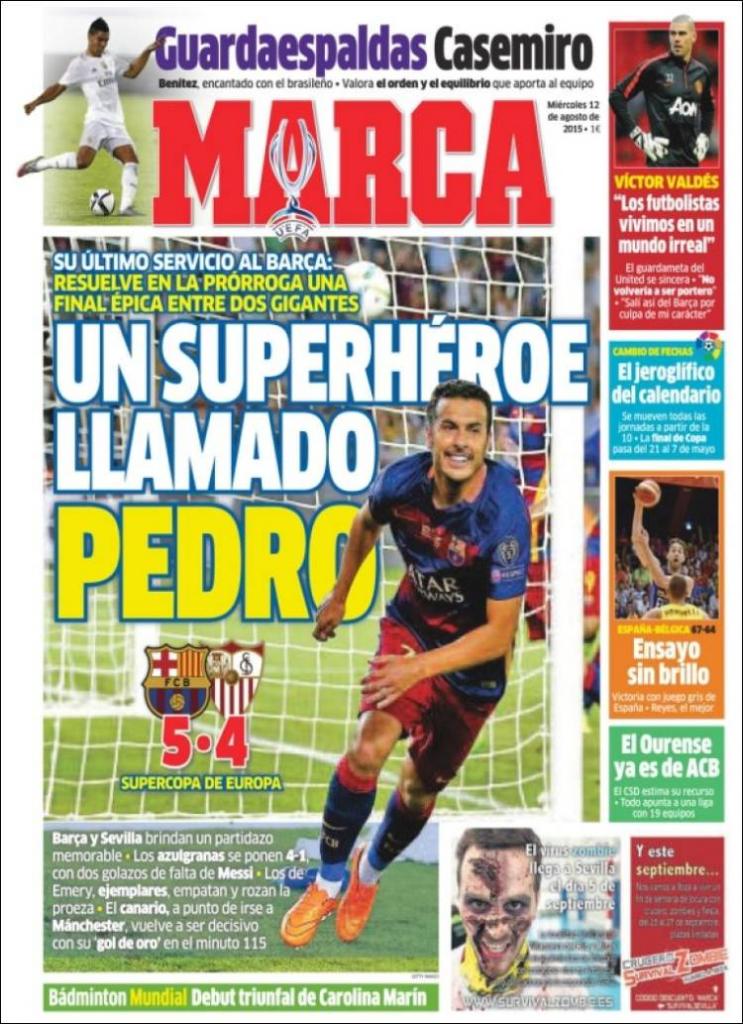 His last service to Barca: Resolve in extra time an epic final between two giants

The Canary Islander, about to go to Manchester, returns to be decisive with a ‘golden goal’ in the 115th minute

Benitez, delighted with the Brazilian

He values the order and balance he brings the team

‘Footballers live in a surreal world’

The United goalkeeper is sincere

“I wouldn’t be a goalkeeper again”

“I left Barca like that because of my character”

The hieroglyph of the calendar 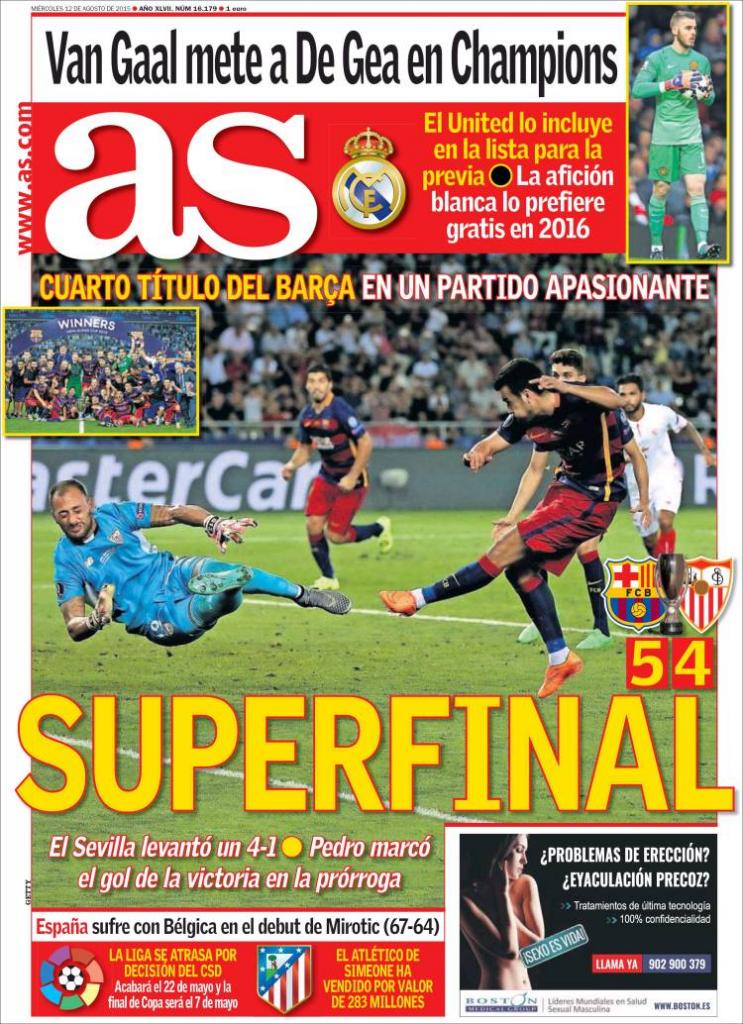 Sevilla came back from 4-1

Fourth trophy for Barca in a thrilling match

United include him in the list for the play-off

Los Blancos’ fans would prefer him for free in 2016

The League is delayed be a decision of the CSD

Finishes May 22 and the Cup final is May 7

Simeone’s Atletico has been sold at €283m 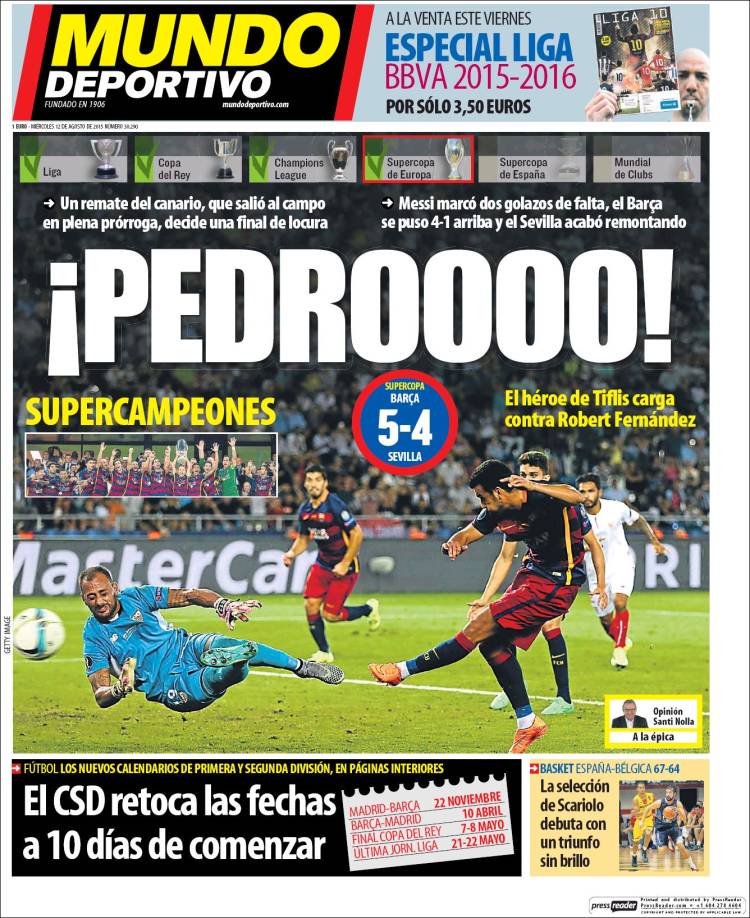 The hero of Tbilisi charges against Robert Fernandez

The Canary Islander’s shot, which came in extra time, decides the final of madness

The CSD rearranges the fixtures with 10 days to the start