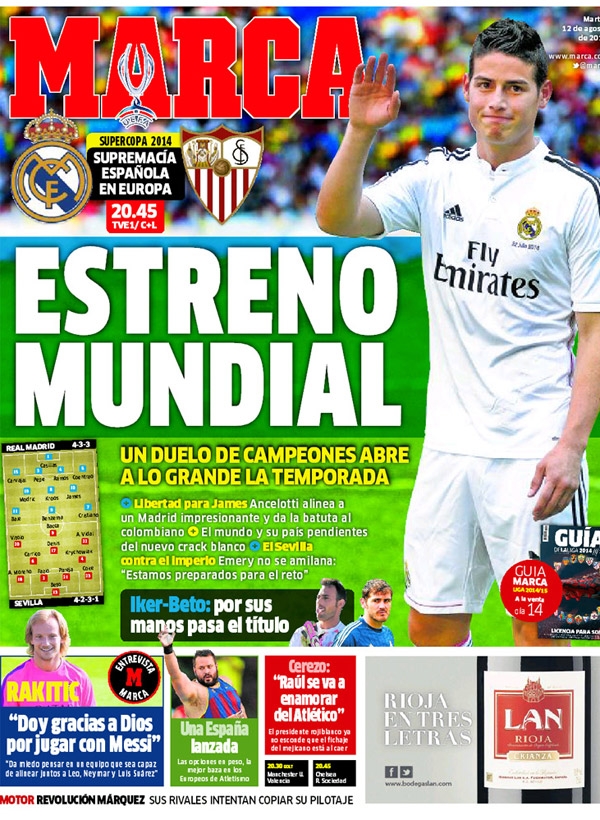 Global Premiere
A clash of champions opens the season in great style
Freedom for James - Ancelotti lines up with an impressive Madrid and will give the baton to the Colombian
The world and his country await the new Blancos star
Sevilla against the empire
Emery is not daunted: We are prepared for the challenge
Iker-Beto: The title rests in their hands
Rakitic: I thank God for being able to play with Messi
Cerezo: Raul is going to fall in love with Atletico 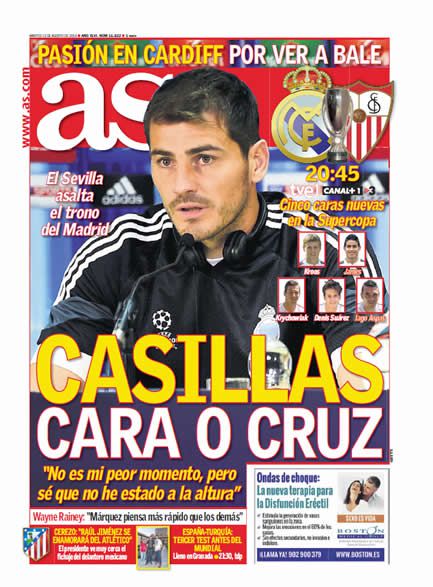 Casillas, Heads or Tails
"It's not my worst moment, but I know I haven't been at a high level"
Passion in Cardiff to see Bale
Sevilla threaten Madrid's throne
Five new faces at the Super Cup
Cerezo: Raul Jimenez will fall in love with Atletico 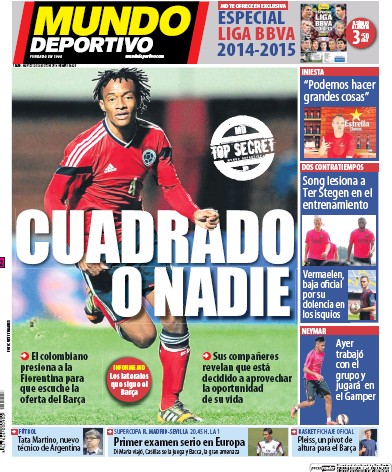 Cuadrado or no one
The Colombian puts pressure on Fiorentina to listen to Barca's offer
His teammates reveal that he has decided to make the most of the opportunity of his life
Iniesta: We can do great things
Song injures Ter Stegen in training
Vermaelen, official note for his hamstring problem
Neymar, yesterday he worked with the group and he will play in the Gamper (Trophy)
Tata Martino, new Coach of Argentina
First serious test in Europe - Di Maria travelled, Casillas to play and Bacca the big threat